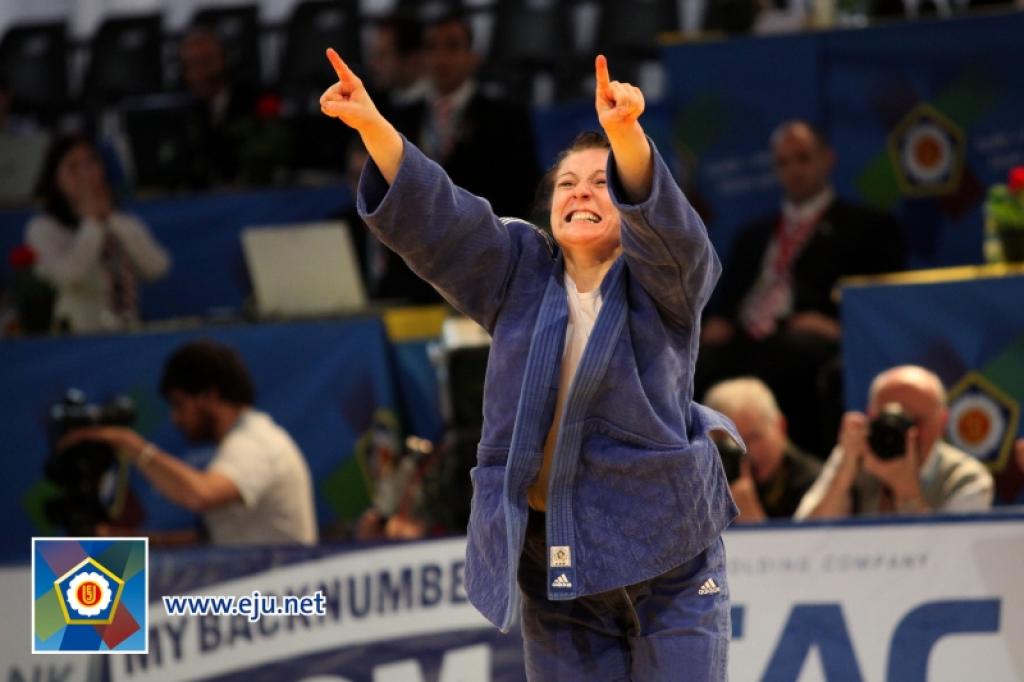 This weekend two EJU World Cup will take place. The women will fight in the Romanian capital Bucharest, the men will visit Madrid.
The last time that Madrid was host for the men was in 2008, when two Spaniards won the title. Sugoi Uriarte U66kg and David Alarza U90kg, just two medals, but both gold.
Ole Bischof (GER) was one of the winners in June and two months later he took the Olympic title.
Russia and Georgia are the most successful this year with both six international titles at World Cups, Grand Prix or Grand Slams.

In Romania another 2008 Olympic Champion, Alina Dumitru, will appear. Dumitru will try to retrieve her World Cup title of 2006. In 2008 Kristina Rumyantseva (RUS) won the category U48kg in a high level participants field with Ana Carrascosa (ESP) as winner U52kg and Telma Monteiro (POR) U57kg, both medalists at the 2009 World Championships.
The current expected field of participants also shows 5 times European champion and former World Champion Céline Lebrun (FRA). The French have a strong women’s team and won 8 international titles in 2010, four more than the second best countries in Europe Slovenia and Germany.
The Romanian women won three prizes at World Cups (Dumitru and Caprioriu, 2) but as well two European titles in Vienna for Romania’s frontrunners.