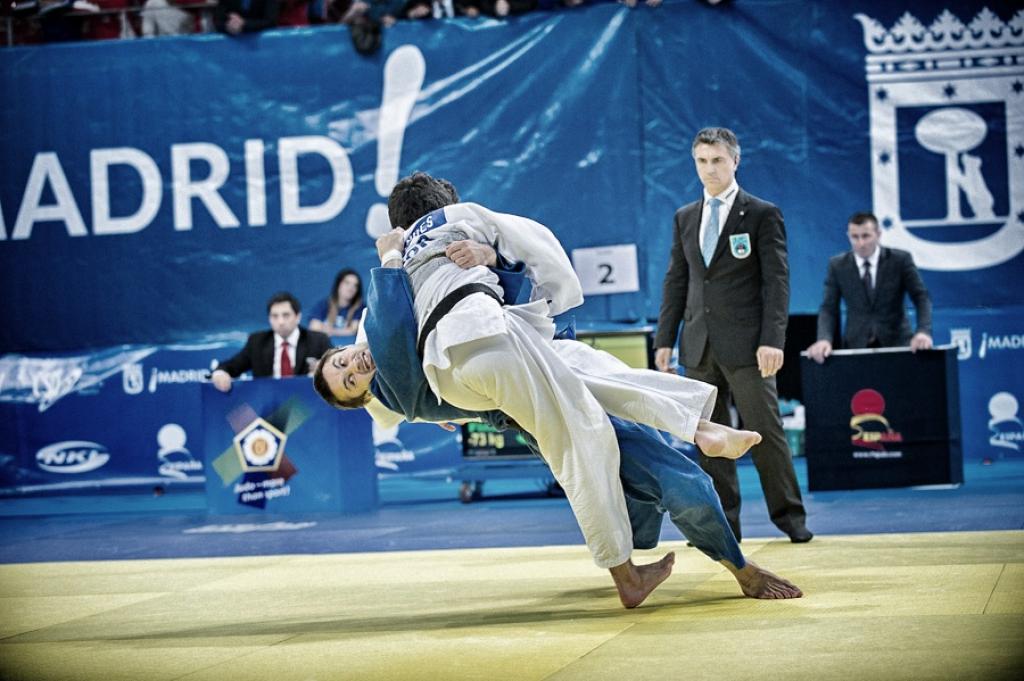 The first day of the European Open in Madrid is over, with medals being spread across several different countries.
Female player of the day was 21 year old Sanne Verhagen NED. She was among 26 competitors in the under 57 kg category. As silver medalist from the Junior world championships in 2011, she started her day against Stephanie Inglis GBR, defeating her by ippon. She then faced Ukrainian Shushana Hevondian, that by all accounts was her hardest fight. “I only won by shido. We know each other, so it is always difficult“, said Verhagen.

In the final she defeated the French winner of last year, Helene Receveaux.  It was also the first gold medal for Verhagen at a European Open. The Netherlands also won a second gold medal this time it was Jeroen Mooren -60kg. This leaves the Dutch leading the medal table after the first day.
Male player of the day was Russian Uali Kurzhev. He won all of his contests by ippon. „Some of them were really hard“, said the 25 year old athlete, who is also world champion in sambo 2012. In his category there were 35 players. His first fight was won in style against number two seed Patrick Dawson GBR. After the victories against Dutchman Sam Van T Westende and eventual bronze medallist André Alves PORl, Kurzhev defeated Belarussian Vadzim Shoka after only one minute. In the final Kurzhev defeated another Portugese, Jorges Fernandes. „ I just did my job and wanted to show good judo“, said a satisfied winner.

The other gold medals went to Sumeyye Akkus, -48 kg from Turkey, Odette Giuffrida, -52 kg from Italy and to Dzmitry Shershan, -66kg from Belarus. Only one gold medal left Europe and went to Asia. It was the Chinese woman Yang Junxia. She was victorious in the under 63 kg.

To watch the whole interview with the two players of the day, click here: