Two Olympians back on the tatami at British Championships 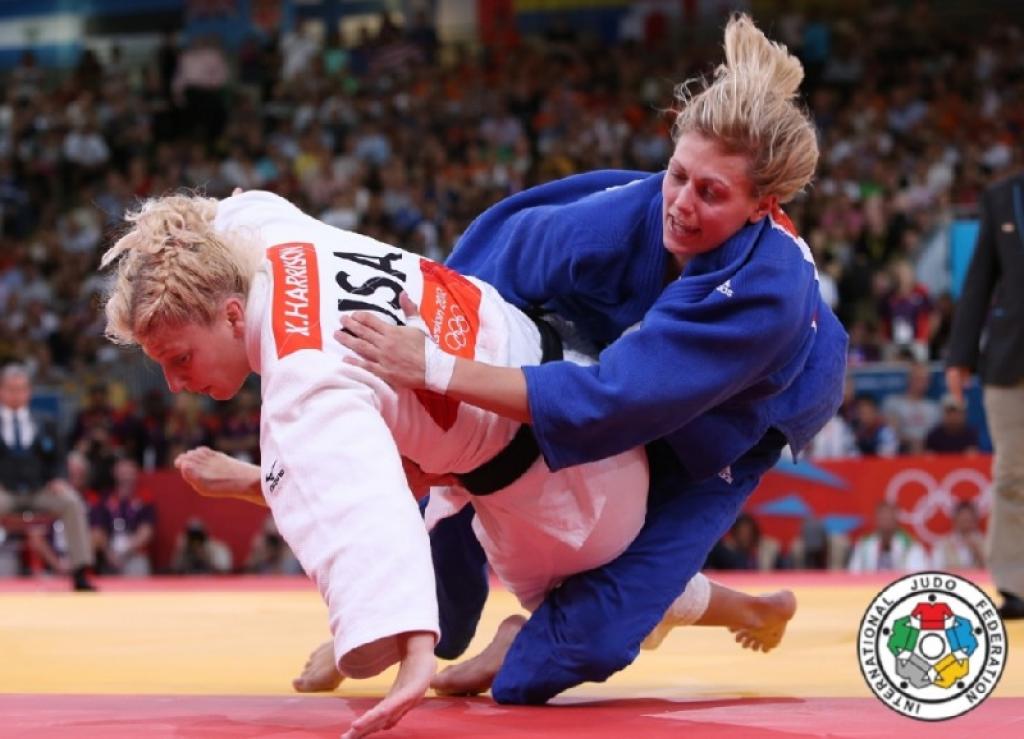 Gemma Gibbons, who turned 26 on Sunday, captured the hearts of the nation with a heroic silver medal win to send shockwaves through the sport in front of Prime Minister David Cameron and Russian President and judo 8th Dan Vladimir Putin.

Gibbons, who got engaged to fellow London 2012 Olympian Euan Burton on New Year’s Eve, has been training at JudoScotland’s Edinburgh base, a recognised British Judo Performance Centre.

The Londoner will compete in a -78kg category which is brimming with talent and includes Wales’ Adu Dhabi Grand Prix silver medallist Natalie Powell and Commonwealth Champion Caroline Kinnane.

Gibbons said: “I’m really looking forward to returning after my time out through injury and it’ll be great to return in front of a home crowd.”

Paralympic silver medallist Sam Ingram, who has aspirations to compete at the 2014 Glasgow Commonwealth Games, will take on the country’s leading fully sighted judoka in Sheffield.

Coventry-born Ingram, who went one better than his Beijing bronze medal in London, was born with conal dystrophy and has been visually impaired all his life. He is now based in Edinburgh and will compete in the -90kg category alongside training partner and five-time World Cup medallist Matthew Purssey.

Sam said: “I’m really looking forward to fighting in the British Championships once again. I always enjoy the challenge of fighting fully sighted judoka and I can’t wait to get back on the mat in front of a home crowd.”

The 2013 British Championships for Juniors takes place on Saturday 19 January and boasts one of the strongest fields in the history of the event.

British Judo’s Junior Player of The Year Nekoda Davis, 19, will look to retain her title in the 57kg category before taking on the senior elite at the British Championships for Seniors.

The Ealing Judo Club talent said: “I am really looking forward to competing again at the highest domestic level, having spent so much of the year competing in Europe. It is a great opportunity to battle it out against our home Olympians, but I will take it one fight at a time, as always.

“I am happy to be feeling prepared after training in a series of tough camps in recent weeks and I will have the support of my team-mates from Ealing JC throughout the Junior and Senior events, which is a real positive.”

A host of Britain’s brightest young judoka will compete in both the junior and senior versions of the 2013 British Championships.

Stratford Judokwai’s Hayley Willis, who won a Junior World Championships bronze medal at the age of 16, will bid to retain the gold medals she claimed in the -48kg category at both events last year.