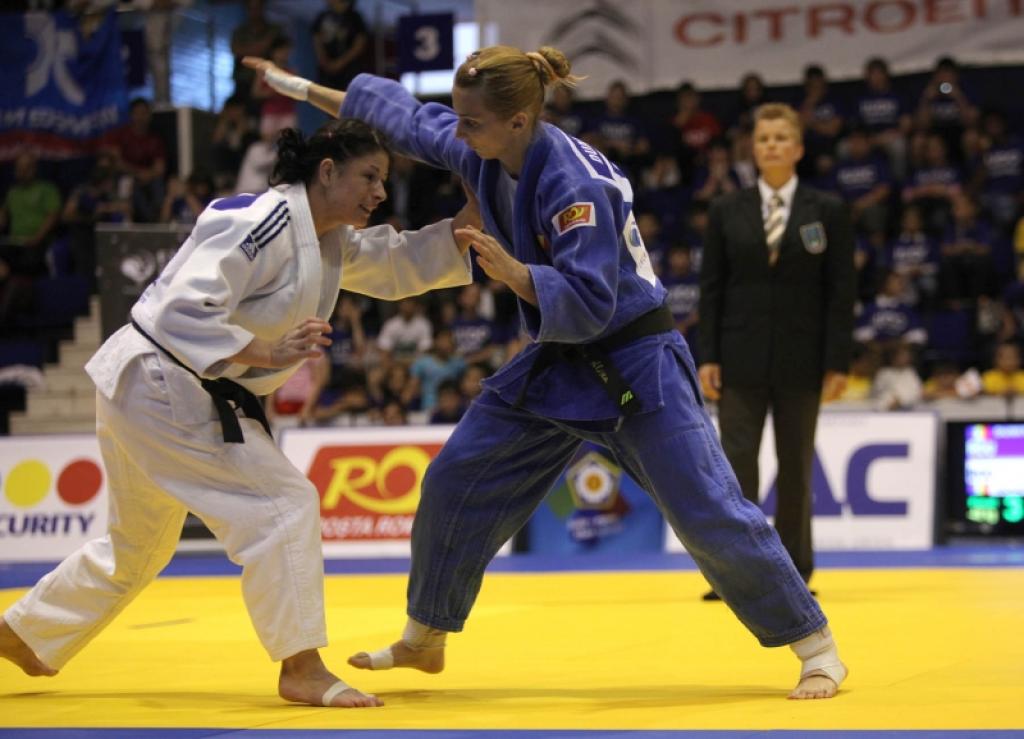 Alina Dumitru has collected her 11th World Cup win and 30th medal, but this time in her own country Romania. At the women’s World Cup she won the final of her compatriot Carmen Bogdan.
It was a long time ago since Romanian could celebrate an all Romanian final. It’s the second time in the history of World Cup that two Romanians reached the final. At 15 April 2006 Alina Dumitru defeated when Olimpia Ianc, as well in Bucharest.

Another success for Romanian when Corina Caprioriu (ROU) faced Sarah Loko (FRA) in the final. The girls had met before this year in Tunis, where Loko was the strongest. Today in a tough final both fighters received penalties. Although Caprioriu led the match lost of the time it was still exciting to watch until the last moment when Caprioriu got Loko in a hold down.
Caprioriu won her 3rd ever World Cup victory.

An Asian confrontation in the final U52kg where Kum Ae An (PRK) took the title beating Lichuian Zhang (CHN). An was the Olympic finalist of Beijing and the favourite from the start to take this category. She’s not often in Europe and took her first ever World Cup win today.

Vlora Bedzeti (SLO) won her first World Cup too. In the final U63kg she defeated Kim Su Gyung of North Korea who was 5th last year in the same weekend, but than in Madrid. Bedzeti, bronze winner of the European Championships, was already a finalist this year in Budapest, where she lost to Kana Abe (JPN). Now she took the title at the age of 18.