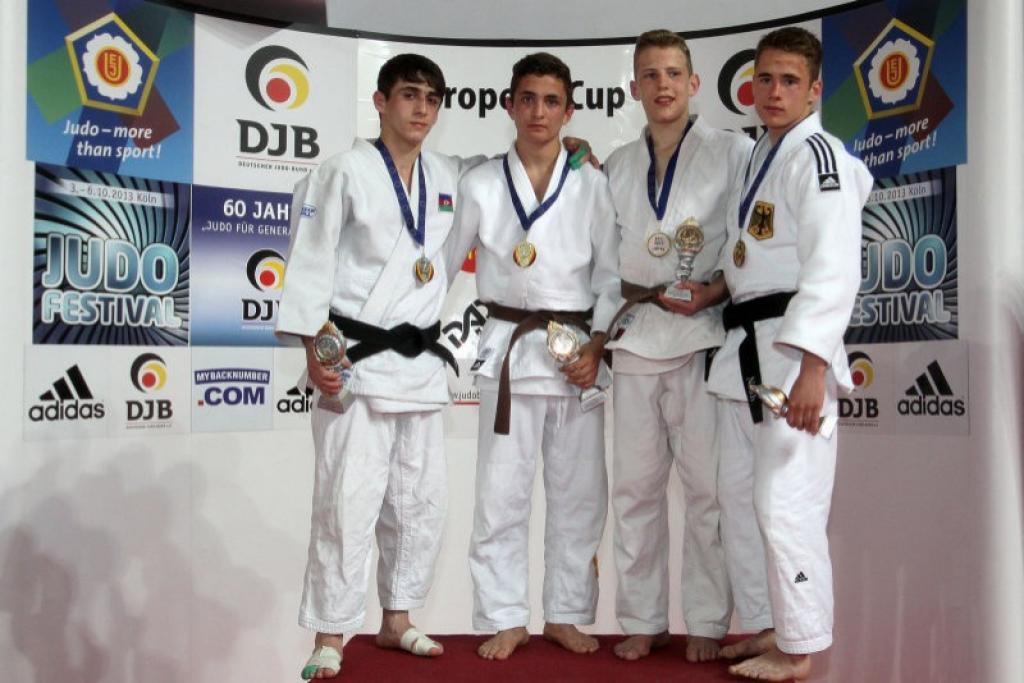 At the first day of the European Cup for Cadets in Berlin the Japanese youngsters performed the best taking four victories. In the German capital the talents of Germany claimed two gold medals.

Patrycia Szekely won the weight category U44kg. The German champion U18 and U21 of this year it was the third European Cup victory this year. After Kiev and Teplice she was now successful in her own country.

In the men’s category the victory was for four different nations. Austrian Christopher Wagner (U66 kg) left a great impressions with his victory. He also won the strong European Cup in Teplice. German Moritz Plafky, who was the vice European Champion last year in Montenegro, grabed the gold in his category U55kg defeating the strong Ilkin Babazada (AZE) by yuko.

In total 710 judoka registered from 34 nations fort his amazingly strong tournament. It’s an all time record and Cadet judo is booming. Last week in Teplice there was also a new record with more than 700 judoka. The cadet circuit is a truly good preparation for this years European Championships to be held in Tallinn in June and the third edition of the World Cadet Championships in Miami.