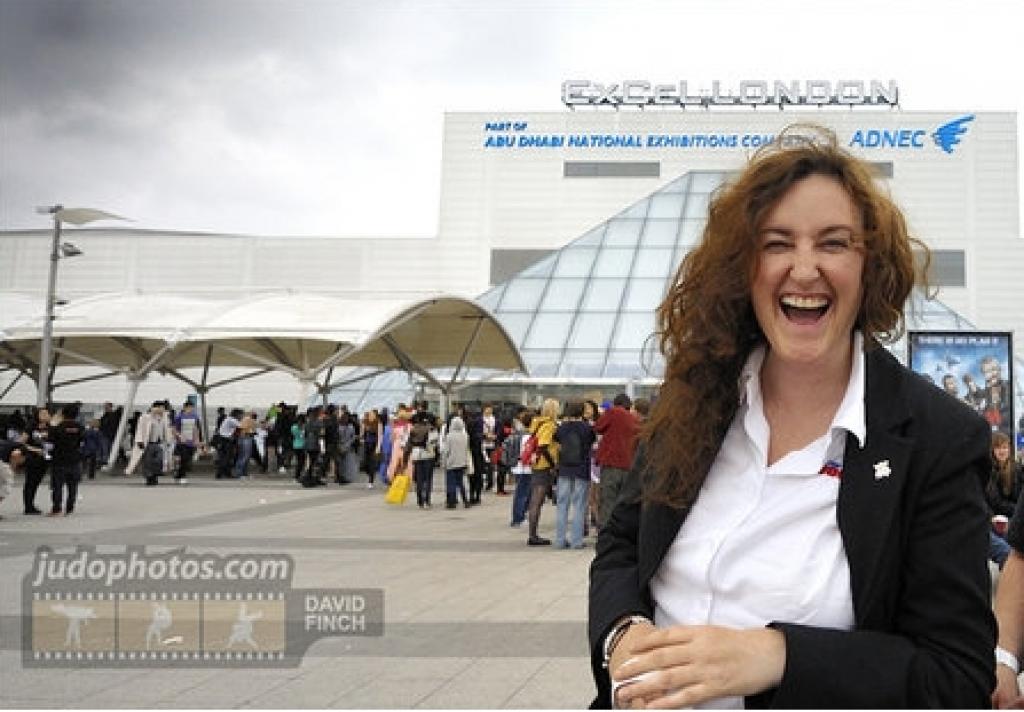 The London 2012 Judo venue: Judo is a truly global sport with 386
Olympic athletes taking part in London 2012 scheduled over seven days
from the 28th July to 3rd August. In terms of participation it is the
6th or 7th largest sport in the Olympic calendar with participants from
more than 100 countries.

With judo in her blood, Lisa Allan is the Olympic judo manager working
for the Organising Committee known as LOCOG. Lisa, whose father Colin
McIver was an international and British team manager for a number of
years, moved from Scotland in January to be one of the managers in
charge of the 28 Olympic sports. Working at Barclays Building in Canary
Wharf, a modern development on London’s old Docklands area, her offices
on the 22nd floor overlook the Olympic Park being built on the once
industrial wasteland of Hackney, East London.

The ExCel Centre will be the Olympic judo venue along with six other
sports plus six Paralympic sports three weeks later. Owned by the Abu
Dhabi National Exhibitions Company (Adnec), at 100,000 square metres it
is so large that it will hold the greatest number of sports in one venue
ever held at an Olympics. A total of 80 Olympic and 74 Paralympics
medals will be awarded in events held at ExCeL during London 2012.

Besides planning for the judo event and training the volunteers, Lisa
looks after the outer London training venues and will be responsible for
converting the hall to the wrestling venue in just twenty hours. She
will also be organising the test judo event on the 3rd and 4th December
2011 and will be involved in the London International held in the ExCel
Centre next year. For Lisa it is “….a very exciting and demanding job
but I love every minute of it and hope that the next two years don’t fly
past too fast!”

Because the venue is an exhibition hall and not a gymnasium as in
Beijing, Athens and Seoul, the layout will be similar to the judo venues
at Sydney, Atlanta and Barcelona. Never the less, it will still hold
nine thousand seats rising eleven meters and outside, because it is
immediately next to the Royal Victoria Docks, there will be a great
party atmosphere matching that at Darling Harbour during the Sydney
Games.