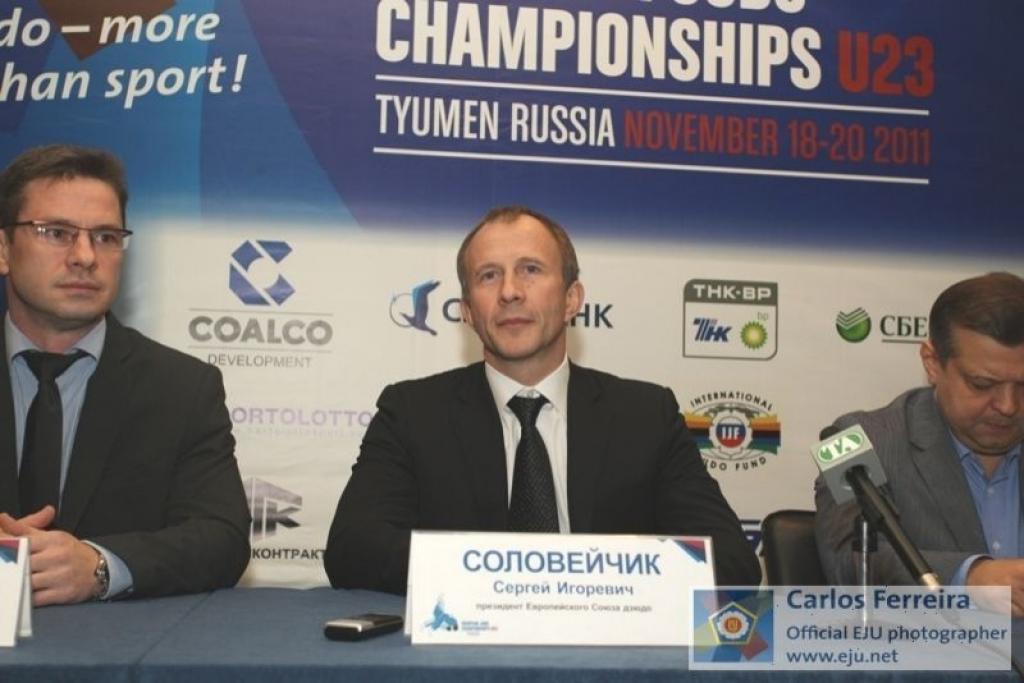 The Russian judo federation is host of many European talents this weekend in Tyumen. The European U23 Championships will take place in the same hall where recently the Open World Judo Championships took place.

Last year Sarajevo organised the Judo European U23 Championships where Russia took two gold medals. In the category U66kg Denis Lavrentiev won gold and U81kg Murat Khabachirov took the title. Russia won as well three silver and two bronze medals, but that was not enough to take first place on medal table as Germany won four gold medals last year at the last day of the event. At the last European Judo Union prime event of this year around 360 judoka will participate from all different nations of Europe.
One of the most interesting name here is Bernadette Graf from Austria. In the last two months she won the European and World junior title and it’s obvious that she wants to continuee this taste of success.
The Russian Judo Federation put a lot of effort in the organisation and also to provide all competitors with free charter flight tickets so they could compete at this major event in Tyumen.
The draw will be held on Thursday afternoon at 20:00h local time (15:00h CET) at the „Vostok“ hotel.

Follow the matches and live results from tomorrow on our web site and subscribe to www.twitter.com/judoeurope to receive the latest news.