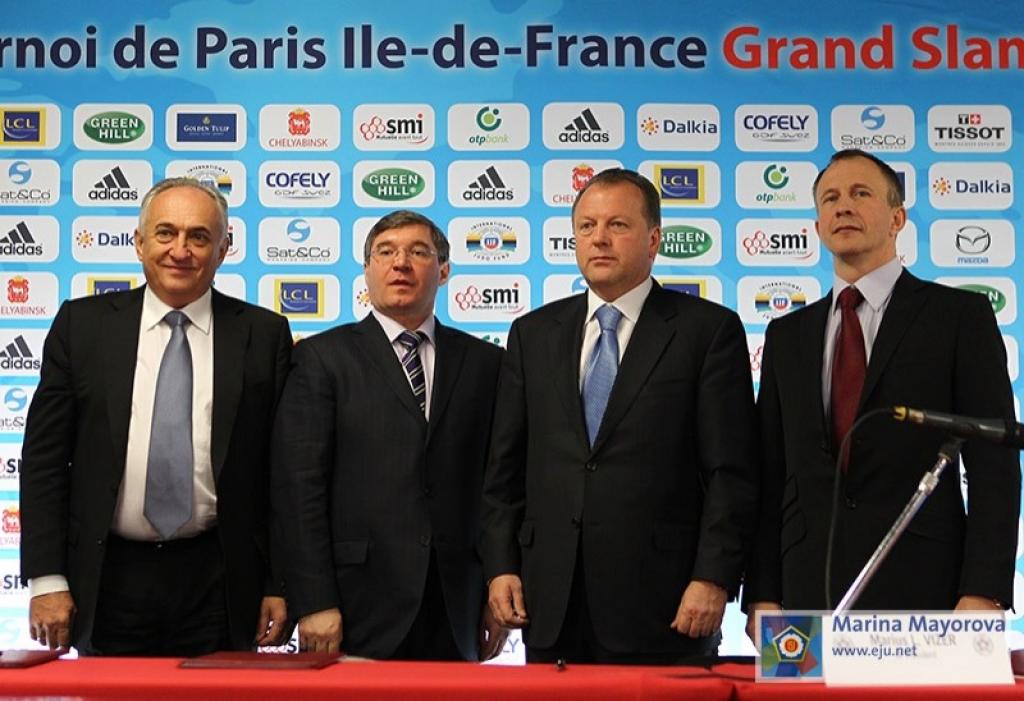 On the occasion of the Paris Grand Slam, the IJF signed the contract for the organization of the World Judo Masters, Tyumen 2013, which will be held in Russia on May 25th and 26th. The ceremony took place in the presence of the IJF President, Mr. Marius VIZER, the Governor of Tyumen, Mr. Vladimir Vladimirovich YAKUSHEV, the President of the Russian Judo Federation, Mr. Vasily ANISIMOV, and the President of the European Judo Union, Mr. Sergey SOLOVEYCHIK.

On that special occasion, Mr. YAKUSHEV declared how happy he was to have such an important event coming to his region: “We are very proud to welcome the international judo family in Tyumen and the best judo players in the world. We have already organized the Open World Championship, last year in our city and it was a great success.

Chelyabinsk organised the European Championship and every year, Moscow welcomes the Grand Slam. The Masters will once again put the focus on judo in Russia and it is a great honor for us.” Mr. Vizer underlined the fantastic results obtained by Russia during the last Olympic games in London: “It shows the dynamics of Russian Judo. It shows that judo, as a sport, has a lot of success, but it also shows that judo is an incredible educational tool and this is something that is really crucial for the development of judo in Russia and throughout the world. In 2014, we will also be present in Russia, in Chelyabinsk for the World Judo Championships.”

Mr. ANISIMOV added that he was also really proud of his team and of all the work that is done in his country, by his federation to support the IJF and the development of judo. “Judo is the best sport and Tyumen will be the capital of the best sport in May”, said Mr. ANISIMOV.