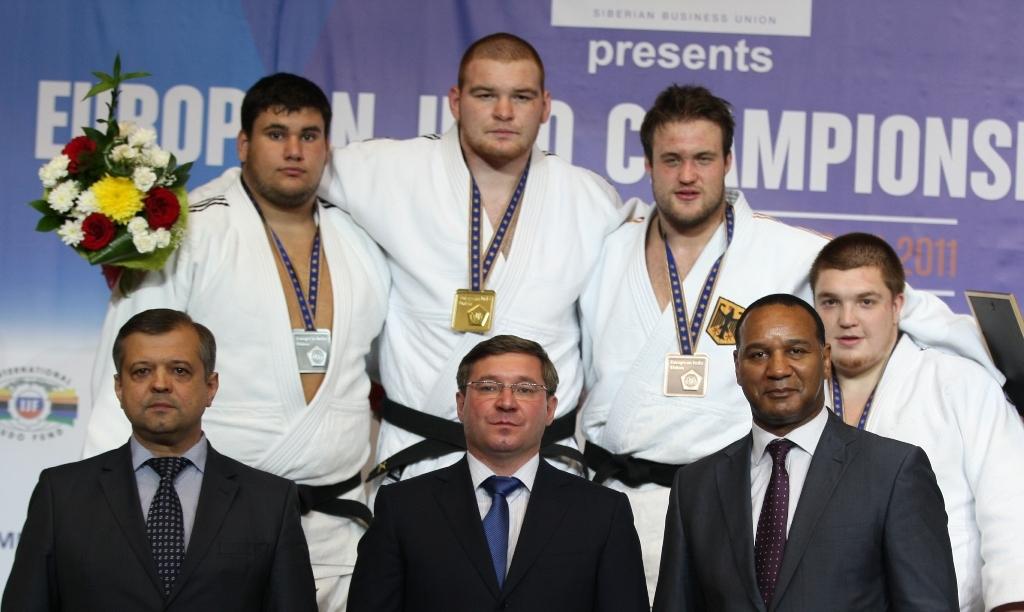 Home boy from Tyumen, Sergey Prokin won his European U23 title in front of his friends and supporters. He won the final match against Vladut-George Simionescu from Romania. Prokin won his first World Cup in September in Almaty and he was also European U20 Champion 2008 in Warsaw. The Russian won his title being victorious over Serbian Goran Prgonjic, last year’s European U23 Champion Andre Breitbarth (GER) and in his semi-final match against his team-mate Magomed Nazhmudinov.

The German Andre Breitbarth scored an ippon in his fight against Martin Marinkov from Bulgaria. The second bronze medal remains in Russia as Magomed Nazhmudinov defeated Benjamin Harmegnies from Belgium.