U23 EUROPEAN CHAMPIONSHIPS DAY TWO WELCOMES BACK PAST CHAMPIONS 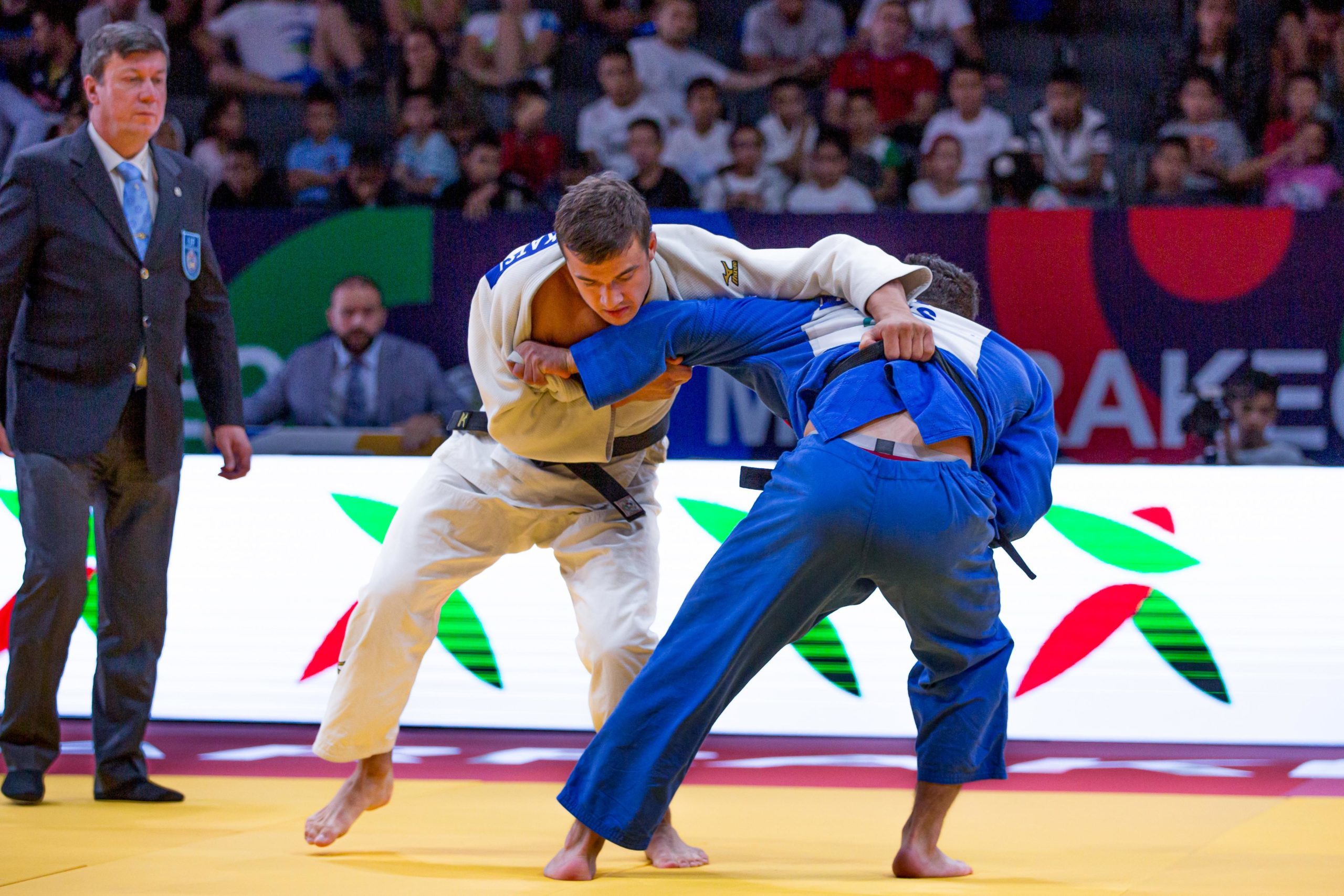 Amidst day one of the U23 European Championships, we are already considering who will pick up medals on the second day!

The Dutch team are putting in a strong performance with their junior team and U23 additions, tomorrow the -70kg category will see #1 seed Margit DE VOOGD continue the takeover. She is the 2019 U23 European bronze medallist and also holds a Junior World bronze but will have her sights set on a different colour in Porec.

Returning after tremendous performances last week are the Junior silver and bronze medallists, Joana CRISOSTOMO (POR) and Shaked AMIHAI (ISR). With their junior ‘warm up’ over and done with, they have dusted off the covid19 cobwebs and are back in the game.

We will see even more juniors in the -78kg, three of the four medal winners; Metka LOBNIK (SLO) gold; Kim HOOI (NED) silver and Inbar LANIR (ISR) bronze. Just losing out on the bronze was the #1 seed Renee VAN HARSELAAR (NED) who will be on a mission to get on that podium and rectify her mistakes.

LOBNIK will want to hold on to her golden success on day two but will also need to take on #1 seed, Junior World silver and multiple Grand Prix medallist, Karla PRODAN (CRO). Coming from the same side of the draw means only one of the two could make the final.

In the +78kg category, the #1 seed is SZIGETVARI Mercedesz (HUN), bronze medallist from 2019 in Izhevsk. She has plenty experience on the senior circuit, with some senior cup medals under her belt. The Hungarian has come through from being a successful cadet and has been exposed to the U23 level from a young age. This will be her final chance at the gold!

Marit KAMPS (NED), Junior World bronze and current European silver medallist at the same age category is in it for gold. Having missed out on taking the top spot on the podium last week, she is being given a second chance at glory.

There are more second chances to be had in the mens categories. The #1 seed in the Junior European Championships, Vladimir AKHALKATSI (GEO) had a disastrous first fight and went out early in the competition, but here he is as the #2 seed ready to go again. He comes in second to team mate Tato GRIGALASHVILI.

The pair have a wealth of results, GRIGALASHVILI took a gold in the Dusseldorf Grand Slam this year and AKHALKATSI is the 2018 U23 European Champion, however when the pair met in the Junior European Championships last year, it was the former who came out on top. Will it be the other way around if they meet in the final again?

GOZ Roland (HUN) is the silver medallist from last year and the #1 seed this year in the -90kg category, with a very good chance of taking the gold, however he has a host of opponents capable of being responsible for his demise.

Perhaps the biggest issue for the Hungarian could be Luka MAISURADZE (GEO). The Georgian judoka took both a senior European and World Championship bronze in 2019 along with a host of Grand Slam and Grand Prix medals.

An underdog could come in the form of Alex CRET (ROU) following an astounding performance last week in the Junior Europeans, narrowly missing out on the gold medal. The 18 year-old has only just moved up from cadet level and is already making his mark.

In the -100kg, #1 seed Mathias MADSEN (DEN) ended 2019 on a high with a bronze in the Perth Oceanic Open and is now in the U23, too old to compete last week and turn his junior fate around, missing out in 2019 in the bronze contest. However, he looks stronger now and ready to take on his opponents to make it on to the podium.

Second chances continue to roll in, VEG Zsombor (HUN) will be happy with this so that he can improve on his performance from last week now, the juniors used as a practice run! Eduard SERBAN (ROU) defeated VEG in the quarter final but was put in to the bronze medal fight by Mert SISMANLAR (TUR). The Romanian will be hoping to make the podium again, if not place himself in the final and change the colour of his medal this week which he is in with a very good chance of accomplishing.

Onise SANEBLIDZE (GEO) has taken a bronze and last year a silver in the U23 Europeans over the past two years and given this will be his last chance, his goal will ultimately be the gold medal for Georgia. He has met MADSEN on two occasions, at the Cadet European Championships and World Junior Championships, a history dating back to 2015. The Georgian won on both occasions so it could be a potential third win against the #1 seed if they meet in the semi final.

Current Junior and U23 European Champion, SIPOCZ Richard (HUN) is now fighting to keep this U23 one. He demonstrated both his experience and ippon judo style, impressing all in his junior final, it could certainly be an interesting fight if he comes head to head with World Junior Champion, Gela ZAALISHVILI (GEO).

The Georgian is expected to be the dominant force as #14 on the WRL. Last month he took a bronze in the Budapest Grand Slam but in 2019 took an impressive gold in Baku as well as a Grand Prix win in Zagreb.

An outside force could come from Jelle SNIPPE (NED), the Dutch team have looked extremely strong the past week and already put in a brilliant performance on day one with five members of the team competing in the final block. SNIPPE took bronze last year and could be a potential for the final if all goes well.

The second day of the U23 Europeans will end our stay in Porec, a week long event which has been well organised by the Croatian Judo Federation, keeping the athletes safe as a priority as well as looking after all staff, volunteers, television crews and delegations safe. It is a testament to the efforts applied by the federation that the success of these athletes was managed.