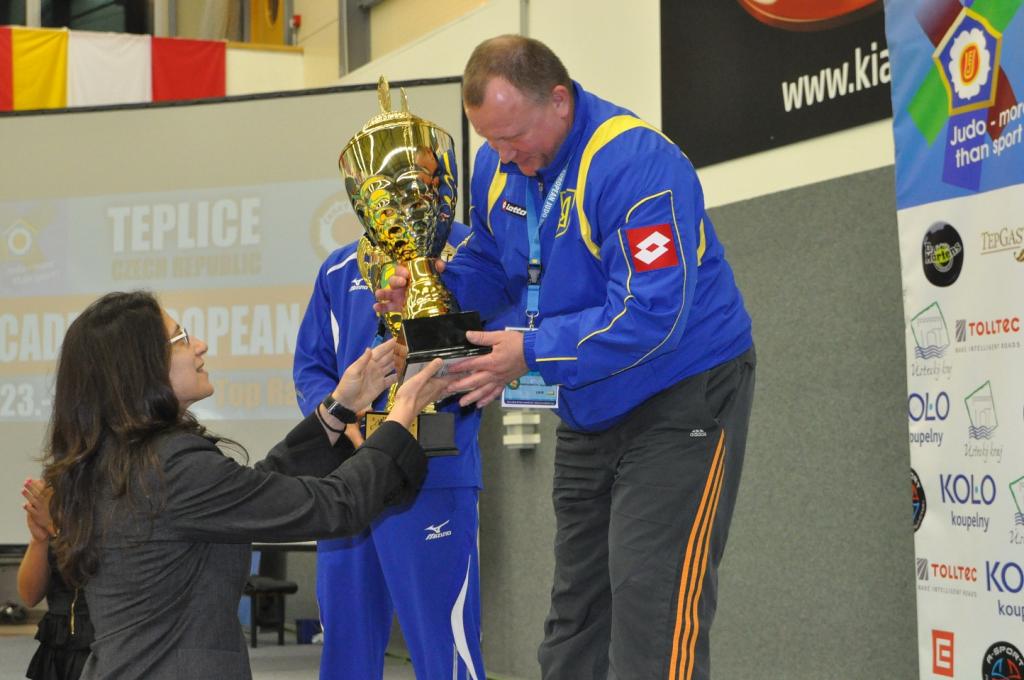 It was a great day for the Ukraine on Sunday. The senior men collected the first ever European title for their country and in Teplice at the European Cup for Cadets the Ukraine was by far the best nation winning six gold medals.

At the second day in the Czech city Kazakhstan finished second due to four lost finals, but on Saturday they already won two gold medals.

In the men’s category U73 Vitaliy Derevyanko (UKR) countered his opponent in seoi-nage for waza-ari. Although Firudin Dadashov (AZE) came back in the fight by scoring yuko for ko-uchi-gari Derevyanko maintained his lead until the end of the fight.

In the women’s category U57kg Ulyana Klyapka (UKR) scored a yuko against Marie Christin Scheff (AUT) with yoko-guruma. Then she added waza-ari with seoi-nage and although she picked up two passivity warnings she won the category.

Jemima Yeats- Brown is one of Britains promissing talents. Years threw Krisztina Polyak (HUN) for yuko with o-uchi-gari in the golden score U63kg.

Yelyzaveta Kalanina (UKR) countered to an o-soto-gari for ippon and won the last final +70kg.

The Ippon trophy in the young women’s category was for Havlickova (CZE, U57 kg). She threw her opponent in 9 seconds. In the boys division Brazilian Leonardo Diniz threw his opponent in a record of 4 seconds.