Ukraine and Kazakhstan win double gold at ECup in Teplice 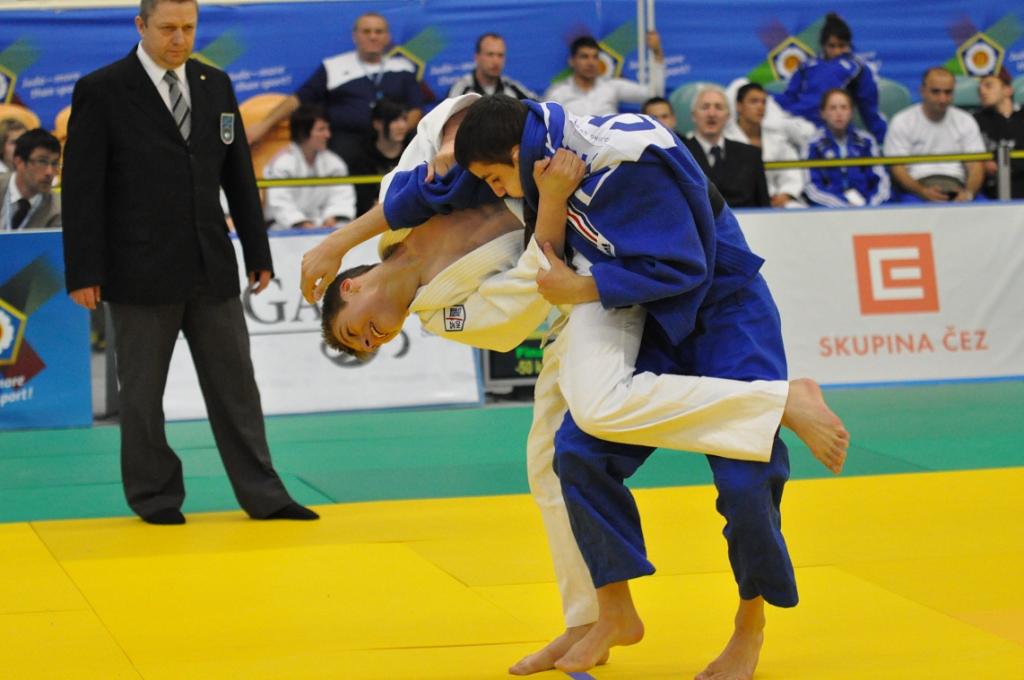 At the first day of the European Cup for cadets in Teplice the Ukraine and Kazakhstan were the big winners in the boys category. Both nations won two gold medals. In the young women’s division four different nations won gold.

Bogdan Ladov of the Ukraine threw Louis Masy of France after 30 seconds with uchi-mata in the final U50kg. It was a close final U55kg in the match between two young judoka from Kazakhstan. Omarkul decided the match to throw his compatriot twice for yuko with a ko-uchi-gari.
Sultan Suleimanov (KAZ) won the second gold for his country by throwing Nemanja Majdov (BIH) for ippon with uchi-mata-sukashi for ippon in the category U60kg.
Dmytro Raskin (UKR) won the second gold for his country in a nice final where he threw his compatriot for waza-ari with tani-otoshi.
Evgeniy Sholos (ISR) won the bronze in this category but had a great day. He was awarded the ippon trophy for throwing his opponent in the preliminaries in just 6 seconds.

Rut Barna (ROU) already won the European Cup in Zagreb, now she added Teplice by winning the U40kg category. In the final she pinned her opponent Falk (GER) with kesa-gatame.

Hayley Willis (U44kg) was the only Briton the win gold in Teplice, she won the first gold for Great Briatin in the U17 European Cup of this year. Willis GBR strangled Khazhu (KAZ) in the final match.

German Selina Dietzer was successful U48kg where she defeated Olga Smolska (UKR) in the final by ippon with soto-maki-komi.
Toth of Hungary was awarded the Ippon trophy for the fastet ippon on Saturday (girls event). In her bronze medal fight she threw her opponent in just 6 seconds.

Szabina Gercsak won gold on behalf of Hungary in the women’s U52kg category. She beat her Brazilian opponent Adrielle Sena by waza-ari.

The tournament was opened by former prime minister of the Czech Republic Jiri Paroubek who also awarded the first set of medals.