Ukraine and Netherlands show of at European Cup in Cetniewo 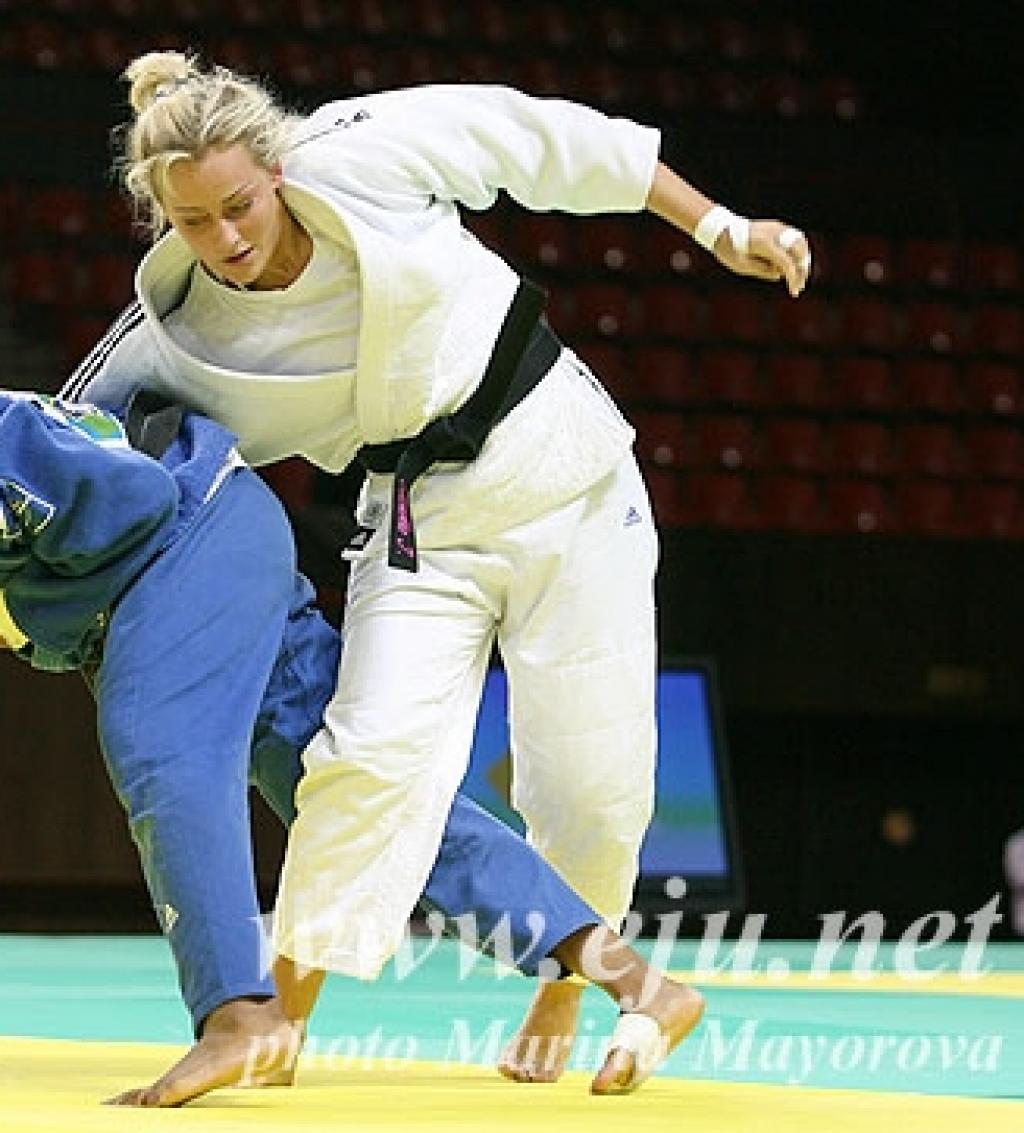 Ukraine won three categories today at the second day of the European Junior Cup in Cetniewo, Poland. Two women took the title; Olena Petrechenko (U70kg) and vice European U20 Champion Ivanna Makukha (U78 – pictured). In the men’s division Dmytro Luchyn took the gold medal U100kg. The strong Ukraine fighter also won the European Cup in Kiev in May and of course the U20 title in his own country. Last year he won the bronze at the European U20 Championships in Yerevan.

Polish Halima Mohamed-Seghir won the U63kg category defeating Swedish Anna Bernholm in the final and got the honor for the host country that lost three finals, and collected 10 medals in total, two more than last year.

Despite two lost finals by the Dutch women, the men’s heavyweight category was a Dutch final. Pascal Scherrenberg (aged 18) defeated his compatriot Roy Meijer (19). It was their first head2head final in major events. Noel Van ‘t End (NED) lost the final U90kg to Alexandre Iddir from France who collected his second European Cup. This year he also took the Cup in Lyon.

Tural Safguliyev won the U81kg category and have Azerbaijan the second gold medal in the men’s division finishing second behind Kazakhstan. Netherlands won the overall medal tally with eight medals, three gold, the same number as Ukraine who had a fantastic second day and scored nine medals in total but won all finals.

Next week the best U20 judoka move to Prague.