Ukraine and The Netherlands strike with gold in Paks 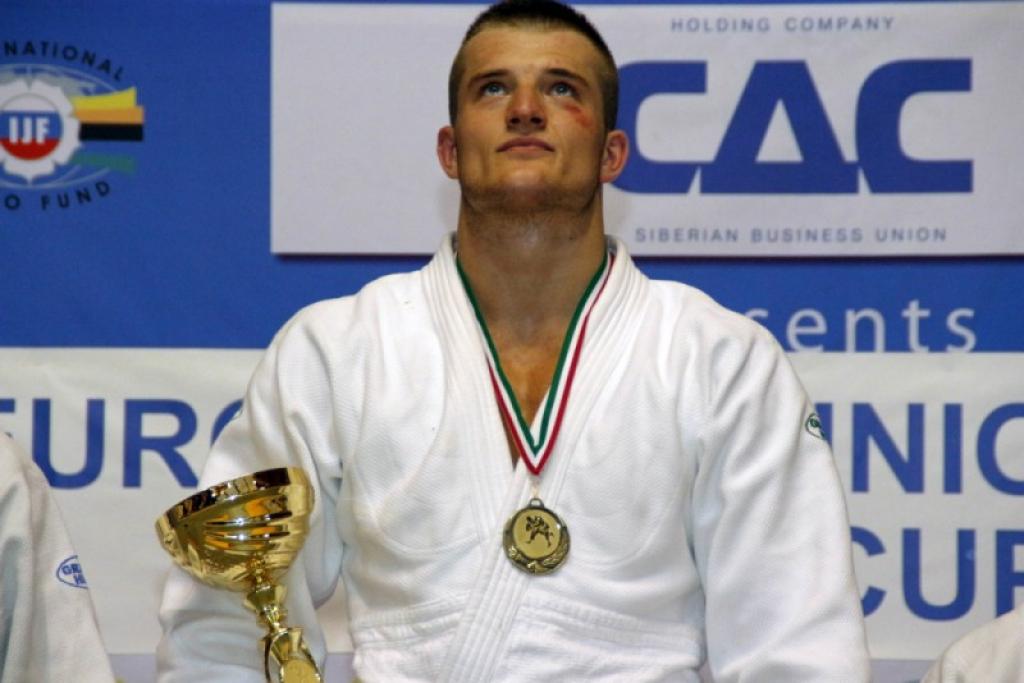 The Ukraine is leading the medal table after day one of the European Cup for Juniors in Paks. At the strong tournament the Ukraine won three categories, The Netherlands follows by two gold medals.

Both countries divided four gold medals in today’s men’s categories. U81kg it was Davyd Kharebava who claimed the gold medal in the final against British Max Stewart. The Netherlands performaned well again in Paks, just like last year when Michael Korrel won the title U90kg. ON Saturday he repeated his top performance by defeating Zlatko Kumric (CRO) in the final. His compatriot Sjoerd Riddersma took the first place U100kg after he won the final against German Marius Piepke. The Ukraine won bronze in this category but won the gold medal in the +100kg category.

The youngest medal of the opening day was Borislava Damyanova who won the lightweight category U44kg. The Bulgarian defeated Nesrin Kartal (TUR) in the final.

The Ukraine also won one title in the women’s category U48kg. Olga Smolska gave her candidacy for the European Championships in Sarajevo by defeating Hayley Willis of Great Britain.

Follow the action in Paks and watch all photos