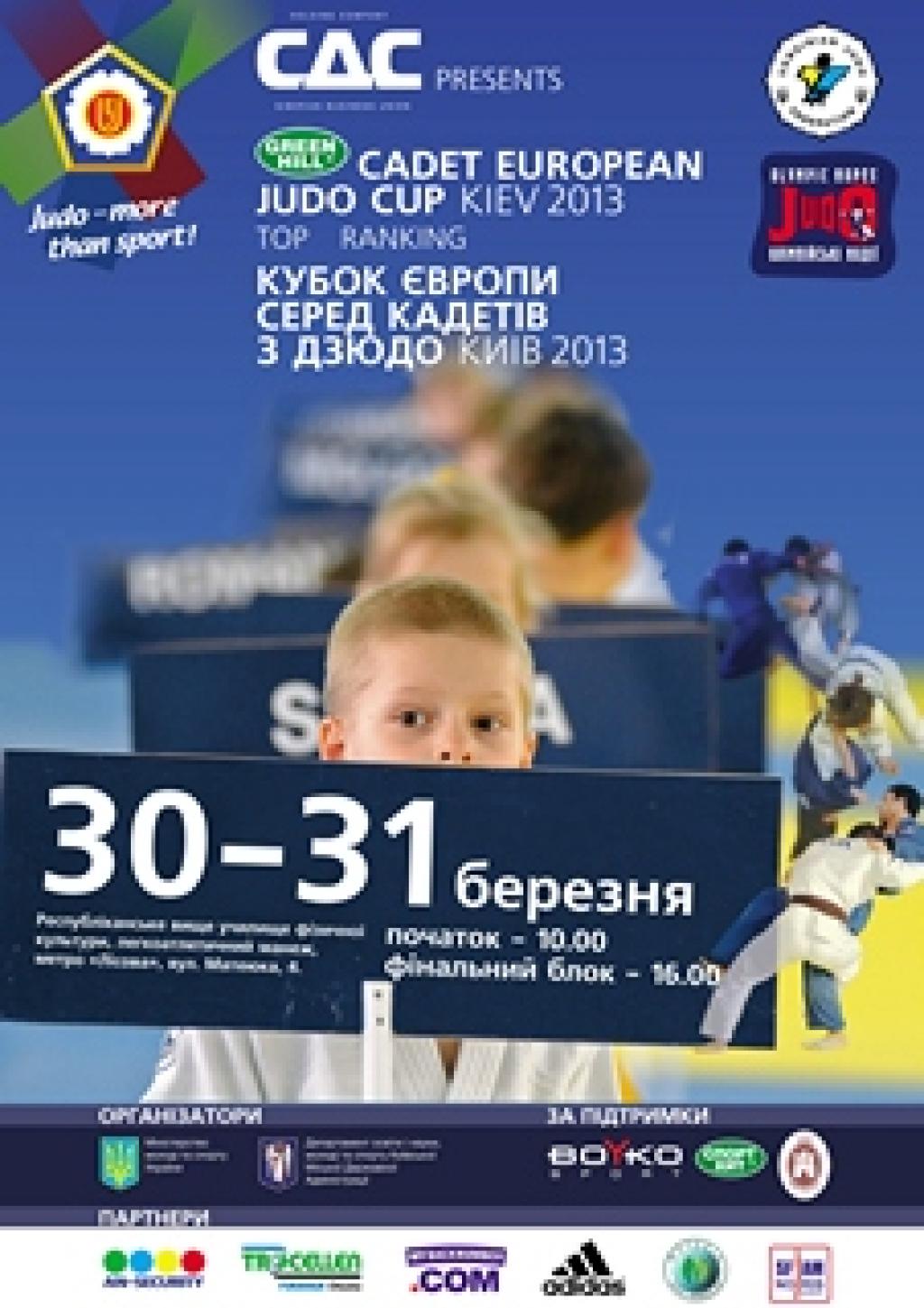 At the Green Hill European Cup in Kiev, the home fighters of the Ukraine hot the jackpot by claiming five out of eight gold medals. Especially in the young men’s division the Ukrainian judoka were powerful. U50kg Artem Lesyuk won a gold medal in the final against Belarus fighter Uladzislau Brudz. Bogdan Iadov was the best U60kg and Artem Pliyev was victorious U66kg. The only division where another country won was U55kg. Ilkin Babazade was expected to win the gold and he did. Karo Marandian of the home nation couldn’t prevent the Azerbaijan judoka to win. Last year Babazade finished second in Kiev when he lost to U60kg winner Iadov. In June last year Babazade won the European U17 title.

In the young women’s division Valentyna Shmal of the Ukraine won the lightweight category U40kg. Young Vanessa Machnicka finished second. Ukraine’s second gold medal was for Yulia Khramova, who prolonged last year’s title U52kg. Khramova is one of the Ukraine’s best talents. Last year she won silver at the European Cadet Championships. Katja Stiebeling (GER) won gold in Bar (MNE). On saturday Germany won a gold medal in Kiev. It was Patrycia Szekely, the German U18 and U21 champion of this year who claimed the title U48kg. Mavluda Yatimova lost the final in this category.

Marusa Stangar of Slovenia won her second Cadet European Cup in a row. Earlier this year she won the title in Zagreb. Today she won the final U44kg against Anastasiya Verbitskaya.

On Sunday more action from Kiev. Watch it live HERE