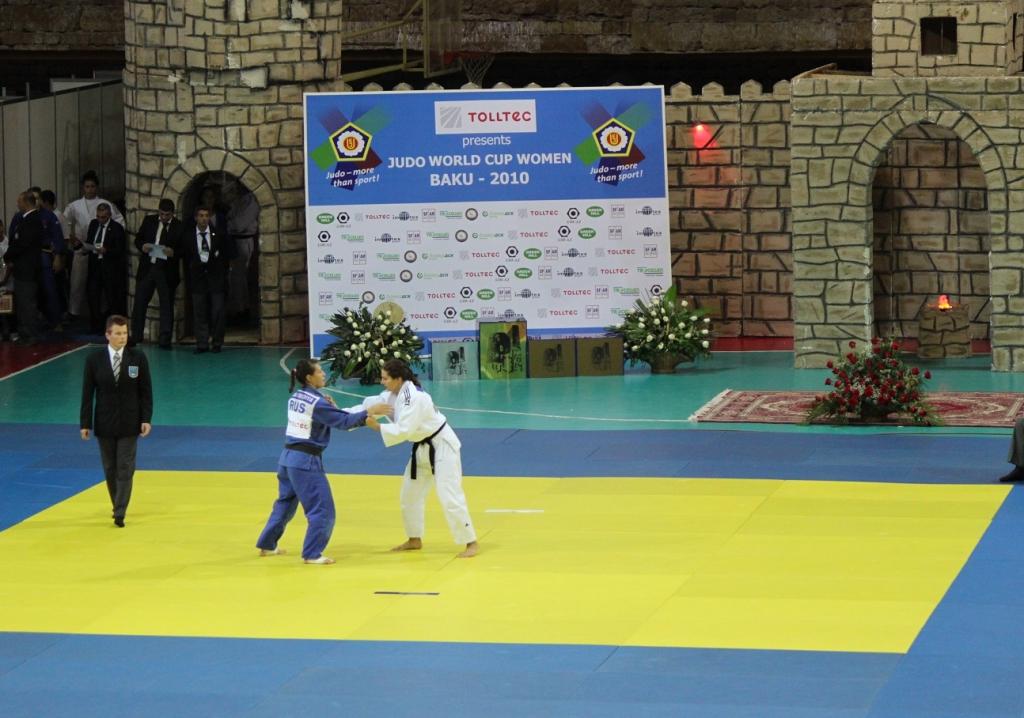 But finally Canada could add another World Cup win, the first since 2008, also in Baku. Today it was 20-year old Kelita Zupancic who won the U70kg category. Zupancic defeated Anastasia Gubadova in the final. It was the last time since 2002 that Canada won a World Cup in this category, when Marie-Hélène Chisholm won in Sofia. It was only the 6th ever World Cup win by a Canadian woman.

Canada also won bronze U78kg by Marylise Levesque. Of all 19 World Cup wins ever, 13 were won by the men, five by head coach Nicolas Gill.

Turkey celebrated its 33 World Cup ever to remain to the statistics and the first for Kaya Belkiz Zehra. Topscorer for Turkey are retired judoka like Huseyin Ozkan (5 wins) and Nese Sensoy (4 wins). But it was already the third victory this year for Turkey, more than all wins together in 2006, 2007, 2008 and last year!
Belkiz Zehra won the final +78kg beating Franziska Konitz. At the European U23 Championships in Moscow in 2006 both judoka had met for the first time, than also Belkiz Zehra won. Turkey ended as second in the medal tally just behind Ukraine who also won silver by light weight Mariia Buiok yesterday.