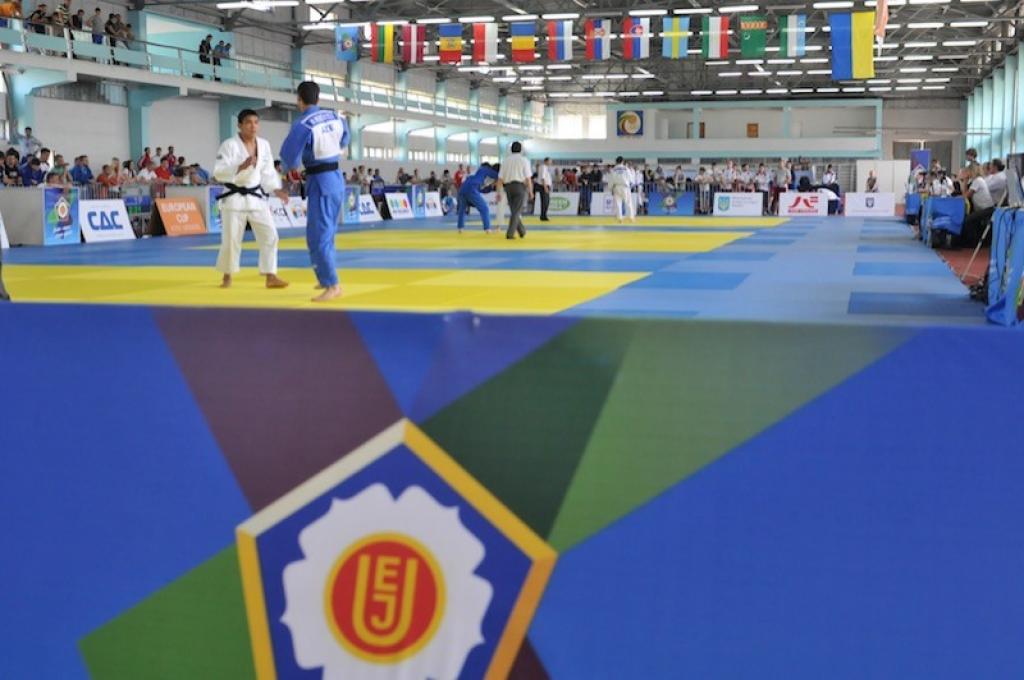 The Ukraine has had a very successful European Cup for Juniors in Kiev. The home nation claimed the victory in six categories. In total the team of Ukraine won 20 medals.

Russia’s juniors were also strong this weekend in Kiev and won 18 medals but counted three successful finals. Also the British team was successful in the capital taking two gold medals.

Both Ukraine and Russia led the medal tally after the first day with two gold medal each. On the second day Ukraine had some strong categories. Gold for Igor Shostak U81kg, Gold for Yakiv Khammo +100kg in an all Ukrainian final. In the women’s division Anastasia Turchyn grabbed an expected gold medal U78kg. In the women’s heavyweight final Yelzaveta Kalanina was the gold medal winner against Anastasia Trepeznikova.

The category U100kg was also strong with Oleg Abaev as final winner. He defeated British Philip ALcaraz in the semi final and Mikhail Portnoi  of Moldova in the final. Moldova was a bit unlucky in Kiev with three lost finals, still a good performance by the small nation.

This year the European Junior Championships take place in September in Bosnia Herzegovina. Kiev was the eighth Junior European Cup of the season. In total there are fourteen events. Next week the circus moves to Spain in La Coruña.