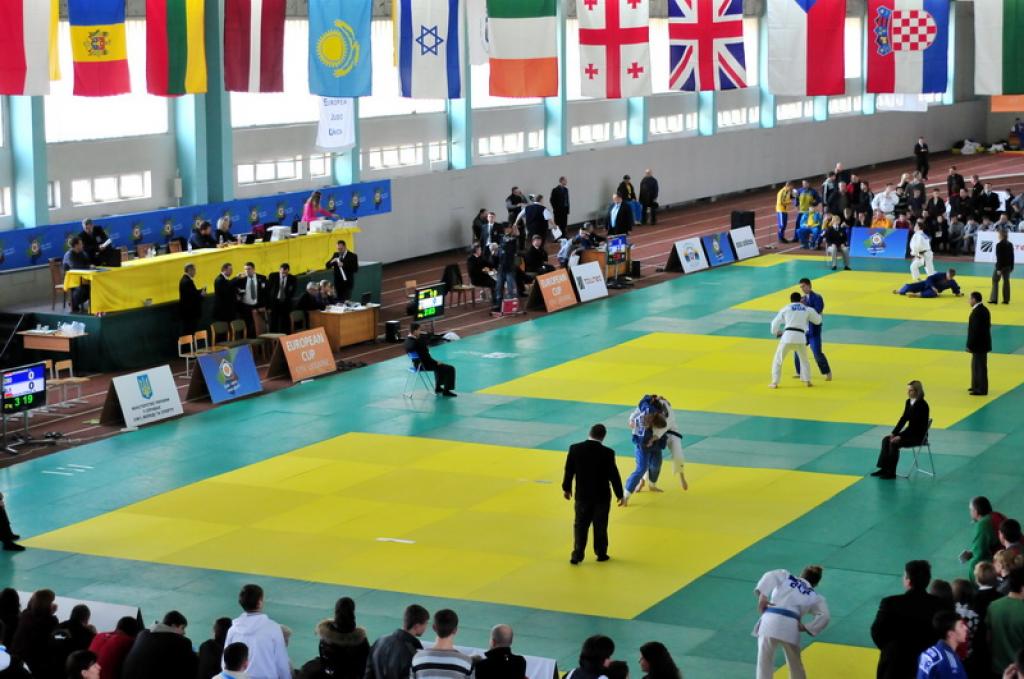 The national team of Georgia which has arrived to Ukraine has won six gold medals two weeks ago in Antalia in Turkey was again strong.
In Kiev the Georgian managed to win four gold medals. In the category U60kg by Tamaz Kirakozashvili, George Muzashvili U66kg, Levan Gugava U73kg and Shalva Chocheli U90kg. Besides that Georgia won two silver and three bronze medals.

Azerbaijan won one gold medal by lightweight Sadih Maharramov U50kg) as well as two silver medals and three bronze to become the third national team in the final ranking.

After the tournament the EJU Training Camp started with participation of more than 450 judokas.