UKRAINE ON THE TOP OF MEDAL TALLY IN ZAGREB, GOLD FOR CROATIA 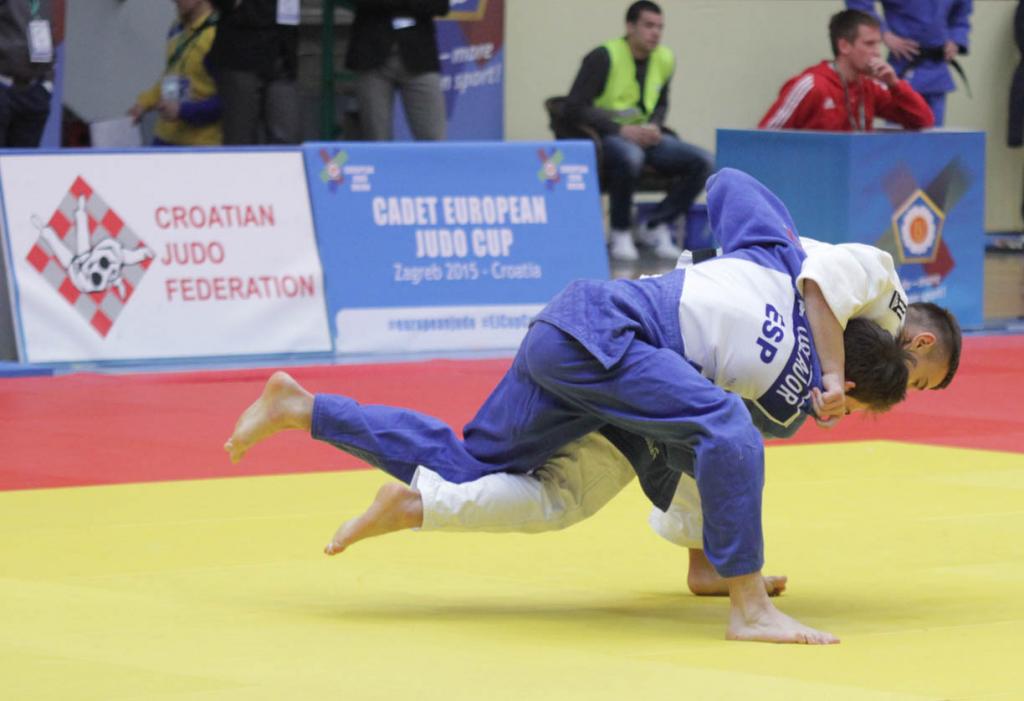 First day of the European Cadet Judo Cup in Zagreb started well for the home fans. Member of the golden team from Bucharest, Tihea Topolovec won the U52kg division. In only 23-seconds of fight, Croatian finished with classy rolling juji-gatame and gave home-fans reason to start celebrate.

Very popular tournament in Europe, it’s very well reputated among the coaches. The system at this tournament like today is held in two blocks each day.

“It’s very nice to see you all again in Zagreb, this is our tenth edition of tournament in Zagreb. Lot of world athletes started their way at this competition, such as Majlinda Kelmendi or Barbara Matic. I wish you all lot of success and hope to see you next year.” – at the Opening Ceremony said President of the Croatian Judo Federation Sanda Corak.

All result details are available at: