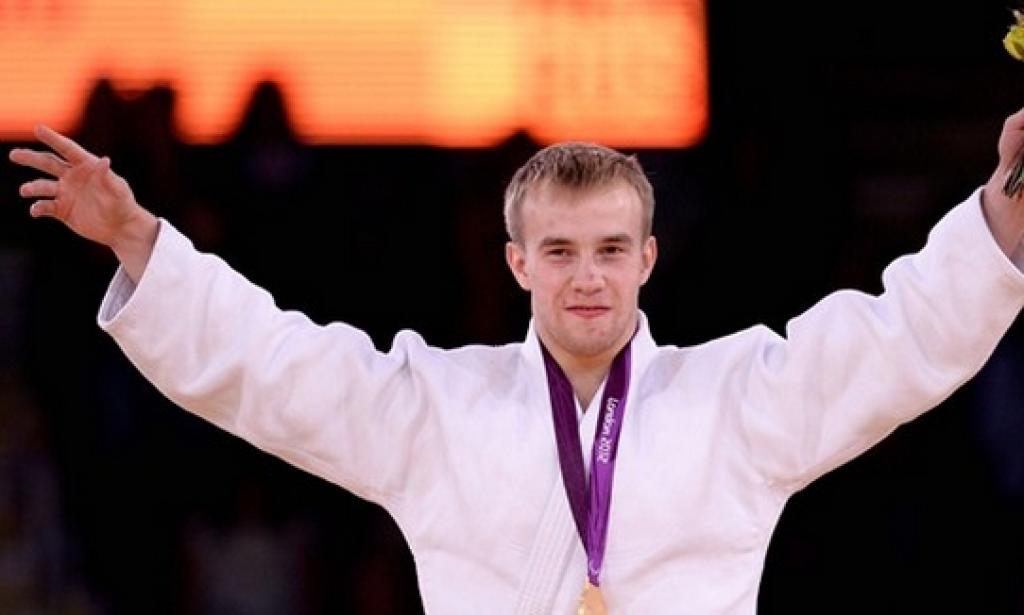 At the second day of the Paralympic Games in London the Ukraine won its third gold medal. What didn’t succeed at the Olympic Games, is compensated by the Ukrainian paralympians.

First up, 18-year-old Solovey won the -73kg by ippon against Uzbekistan’s Sharif Khalilov, before Kosinov overcame Jose Effron of Argentina in the final match of the day, the -81kg final.

On Day 1, Davyd Khorava topped the podium in the men’s -66kg category.
“I feel joy for all my relatives and friends who supported me” Kosinov said. “I am happy to give them this victory ‘I felt pressure, so I lost a point at the beginning. It was a very close match, but finally my tactics came into play.”
“All my bouts today went right to the end – I fought with the Paralympic champion from Cuba Isao Cruz Alonso and the German judoka Matthias Krieger, who are all strong, so all the bouts were tough.”

World champion Dmytro SOLOVEY (UKR) dominated his weight category and won all his four bouts by ippon. In the first round he put the world championship’s silver medallist Mohammad Ali Shanani (IRI) out of the way, his second opponent Marc POWELL (GBR) did not last long either, only Beijing 2008 Paralympic champion Eduardo Avila(MEX) gave more resistance and went nearly five minutes before he lost.

SOLOVEY’s gold medal match opponent, Sharif KHALILOV (UZB) had to realize after just 25 seconds he would have to settle for silver.
Dmytro Solovyen added: “I feel joy for all my relatives and friends who supported me. I am happy to give them this victory.”

Women
In the women’s divisions, Azerbaijan’s Afag Sultanova crowned herself by winning the one medal she still missed in her short career: Paralympic gold. She only started competing in visually impaired judo after an accident in 2008 and since then has become world champion and also won the world games in 2011. Prior to her accident she had already been successful internationally in the junior class.
On her way to the gold medal U57kg she only had to go through the full five minutes of a bout when fighting Duygu CETE (TUR) who had been third in the world championships. SULTANOVA’s other two opponents, Marion COADOU (FRA) in the first round and Lucia da SILVA TEIXEIRA (BRA) in the gold medal match could not give that much resistance and went down after less than one minute.

Dalidaivis Rodriguez Clark of Cuba won the -63kg category against China’s Zhou Tong.
Marta ARCE PAYNO (ESP) and Daniele Bernardes Milan (BRA) took the bronze medals. The Spaniard had already been behind in her match against Finland’s Paivi TOLPPANEN, but eventually could won her bronze medal by ippon for an arm-lock.