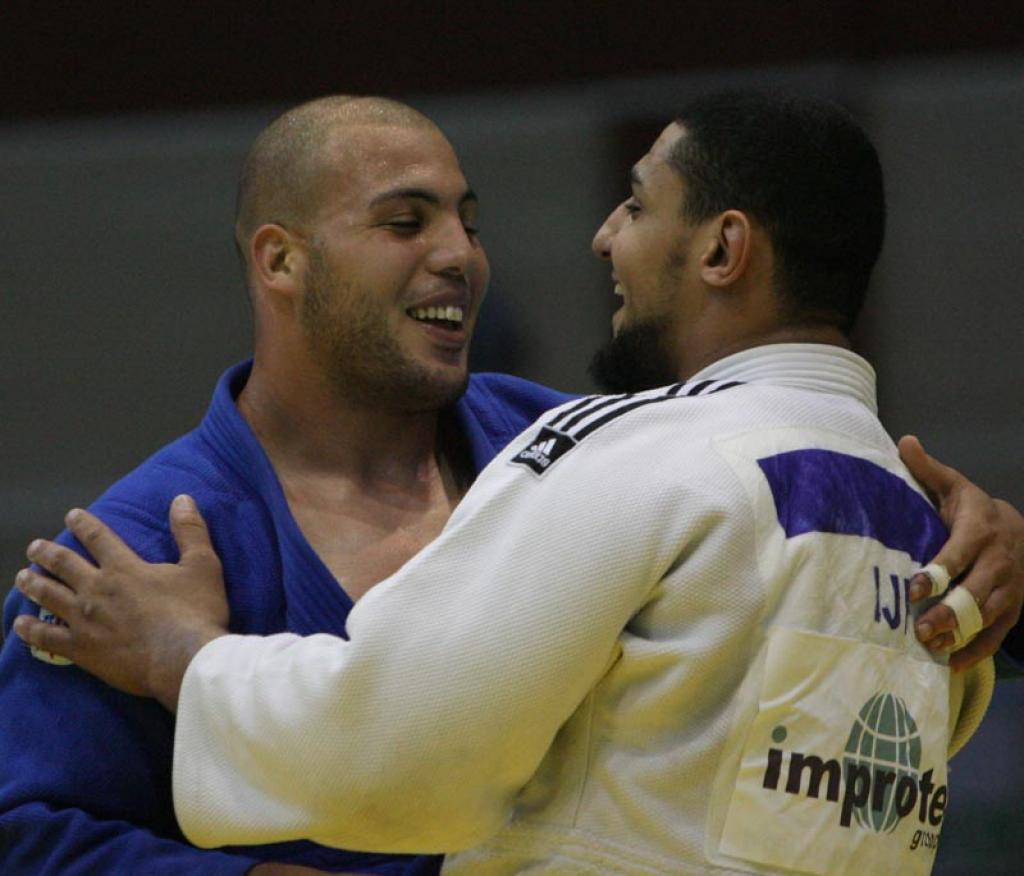 Host nation Azerbaijan has won the World Cup in its capital Baku. Yesterday the home country won 2 gold medals, enough for the victory.
At the second day however the medals were distributed equally. Four different countries won the gold medals. Russia added another four medals to the one of Saturday. Arsen Pshmakov was able to win the U81kg category by defeating his opponent Matteo Marconcini of Italy. It was the first ever World Cup Pshmakov had ever won. Two years ago he had won a bronze medal in Baku and collected 6 previous medals at World Cups in the career of the 25-year old Russian judoka.
Today he won five matches from five different countries. Besides Marconcini, Antonio Ciano of Italy won a bronze medal. The Italian teams’ luggage was lost and never arrived to Baku. As a result the whole team used the reserve judogi of the organization and the Italian coach was allowed take part matside in his tracksuit after he had requested to do so. He coached his team to two medals today. Konstantin Ovcinnikovs won bronze on behalf of Latvia.

The hall in Baku was first rate with every conceivable facility and a seating capacity of approximately 1800 of which 75% was full with spectators who were very knowledgeable and enthusiastic about the judo where 118 competitors of 27 countries came together.

In the weight class U90kg Dmitri Gerasimenko won a gold medal for Serbia. The former Russian athlete won his second medal in a short time. Three weeks ago he won bronze in Tashkent. Today he defeated Murat Gasiev (RUS) in the final. The Serbian won four matches and beat two of his former compatriots and won all his matches by ippon.
2009 Bronze World medallist Hesham Mesbah of Egypt won bronze. He stood on the podium together with 2009 World Junior Champion Quedjau Nhabali (UKR).

Levan Zhorzholiani collected the gold for Georgia U100kg. He won his fourth ever World Cup. In 2006 he also won the world cup in Baku. Javad Mahjoub was today’s opponent in the final and was defeated by ippon.
Artem Bloshenko (UKR) and Askhab Kostoev (RUS) won bronze.

Egyptian star Islam El Shahaby won the gold medal. El Shahaby is one of the most experienced in this field and won a bronze medal at the 2010 World Championships and is 8 times African Champion. He can meet with the best and today the second best was Faycal Jaballah of Tunisia, the current African Games winner of three weeks ago in Maputo and number seven of the last Championships. It was the first time ever that two African judoka were in the final of a World Cup, Grand Prix or Grand Slam. Congratulations to Africa, that organizes the World Junior Championships in Cape Town next month.
Two Russians won the bronze today in this heavyweight class; Soslan Bostanov and Aslan Kambiev.

Review all results and watch the photos in our media gallery.