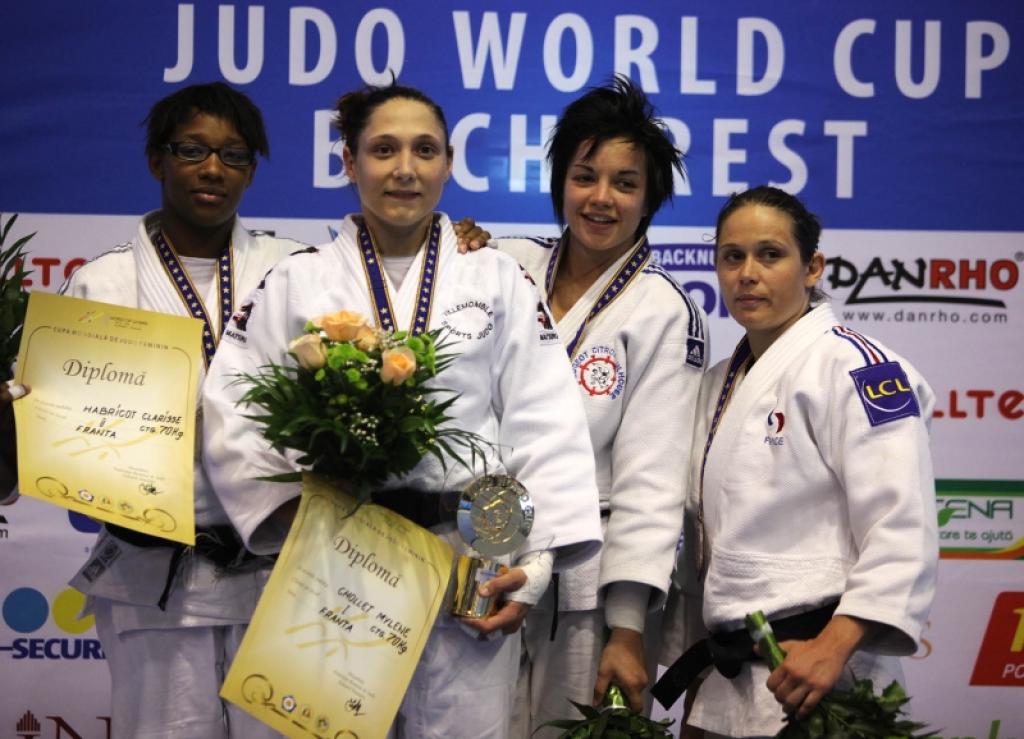 Only a Japanese women’s quartet U48kg did it before, actually this year at 16 January in Suwon.

Of 1195 medals, only one quartet was able to be so dominant of one country. At the 1991 Tournoi de Paris, Cécile Nowak (1st), Sylvie Meloux (2nd), Martine Dupond (3rd) and Bénédicte Nardou (3rd) completed the French medal sweep.

In the Romanian capital in the early afternoon Mylene Chollet took the title in this category defeating Clarisse Habricot. For the bronze finals Lucile Perrotte had already defeated Giulia Cantoni (ITA), and Marie Pasquet won the bronze beating Marian Urdabayeva.

The French man never had such a sweep, but did enjoy the 1-2-3 on stage. The last this happened was in 1991 at the Tournoi de Paris when the French took three medals U86kg with well known names like Pascal Tayot, Pascal Legoux and Fabien Canu.

Other countries were able to get this ideal medal sweep, for instance this year in Tbilisi the Georgian men U81kg won all medals.

Despite the success of the French, the Romanian women won the medal table with two golden medals. France obviously won the most medals in Bucharest with eight podium spots in total.

In the heavyweight category another Chinese, LIU Huanyuan won the gold as the Ukraine lost the second final today. Iryna Kindzerska won the silver, but lost the chance to win her first ever World Cup.