UNTERWURZACHER REWARDED FOR CONSISTENCY AND PERSERVERANCE 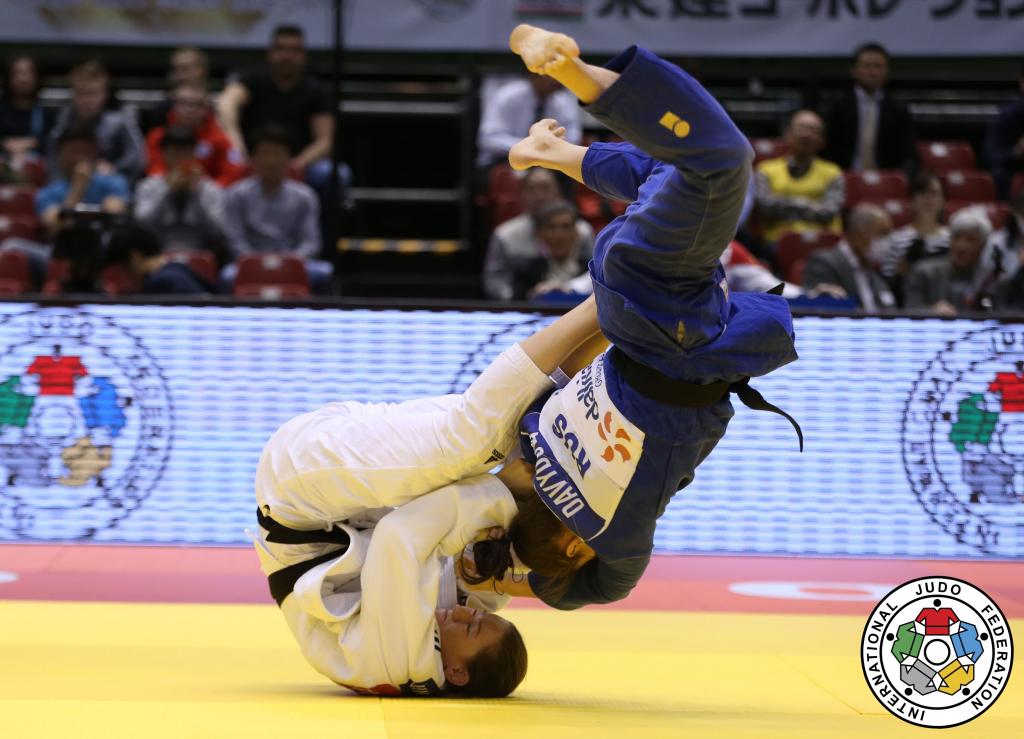 Number two seed Kathrin UNTERWURZACHER (AUT) put in a solid all-round performance to take the gold medal in the -63kg category on day two of the Tokyo Grand Slam. This is undoubtedly Unterwurzacher’s finest and most important win to date and follows her first grand slam gold medal win in Abu Dhabi in 2015.

Each weight category at the Tokyo Grand Slam contains four Japanese fighters; anyone of who poses a serious challenge to would be champions. World number one and reigning Olympic champion Tina TRSTENJAK (SLO) found this out when she came unstuck against lowly ranked (69) MINHEI Miho (JPN). This left Unterwurzacher, the number two seed, as the favorite. Unterwurzacher had the benefit of a first round bye before defeating -63kg category newcomer Catherine BEAUCHEMIN-PINNARD (CAN). In the quarterfinal it was Unterwurzacher’s turn to face Japanese opposition in the shape of Tyumen Grand Slam gold medallist NOUCHI Aimi (JPN). However, after a minute and a half, Unterwurzacher capitalized on an error in newaza by Nouchi that saw the Austrian secure yoko shio gatame for ippon. In the semifinal Unterwurzacher faced Daria DAVYDOVA (RUS). The Russian put up a spirited effort. But, after a minute and a half, Davydova launched a desperate ko uchi gake attack that was countered by Unterwurzacher for waza ari, which the Austrian followed up with a neatly executed shime waza for ippon.

In the final Unterwurzacher faced a third career meeting with MINHEI Miho (JPN). Unterwurzacher had won their first meeting (in the final of the European Open in Oberwart in 2015). Later that same year Minhei gained her revenge when they had gone head-to-head at the Ulaanbaatar Grand Prix. A single yuko, scored by Unterwurzacher with ko soto gake, was sufficient to give the Austrian her second win over Minhei and to secure the gold medal.

“I have not had time to think about next year. I simply glad to have won here after some very hard fights and this gives me great confidence for next year. I am so happy with this win and I’m certain that I’ll sleep well tonight.”