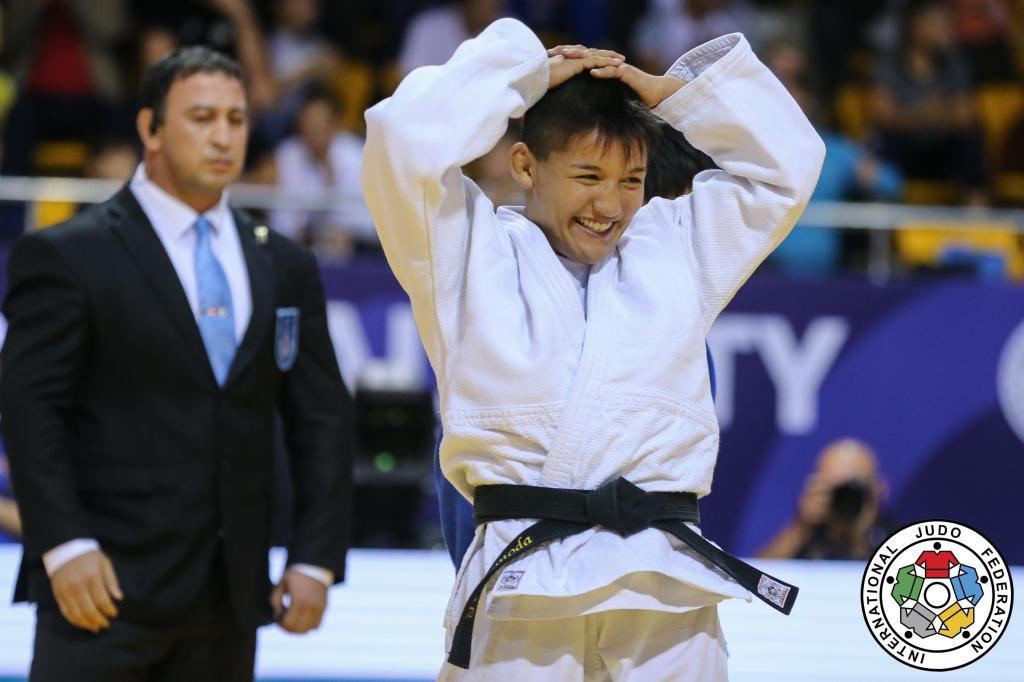 The fourth day of the Cadet World Championships being staged in Almaty, Kazakhstan saw Ai TSUNODA ROUSTANT (ESP) take the gold medal in the -70kg category. After a first-round bye the young Spaniard took all of 18 seconds to announce herself to the home crowd, within that time throwing Symbat DUISENBAY (KAZ) with o sot gari for waza ari then securing osae komi for the ten second hold down. It was as though one had witnessed a hurricane. Next to face Tsunoda was the 2019 Pan American Cadet champion Luana CARVALHO (BRA). But she too was quickly overwhelmed when after a failed uchi mata attack from Tsunoda the young Brazilian was turned over in ne waza and held for ippon all within a minute; if not quite a hurricane, then certainly a strong storm.

In the semi-final the task of taming the storm fell to number one seed Yael VAN HEEMST (NED) for whom the appearance of Tsunoda in the draw must be like a recurring nightmare. The pair had met first in June when Heemst had lost to Tsunoda on the way to the latter winning the gold medal at European Cadet Championships. A month later Heemst was again on the receiving end of a loss this time in the final of the European Youth Olympic Festival. This quarter final was then the third meeting of the pair and, once again, it was Tsunoda who, after a failed sutemi waza effort from Van Heemst, secured kesa gatame for ippon.

Tsunoda’s opponent in the final was KUWAGATA Moka (JPN) whose international outings amounted to back to back gold medal winning performances at the Bielsko Biala Cadet Continental Cup in 2018 and 2019. On her way to the final here, Kuwagata had defeated the number three seed Dayana TALGAT (KAZ) then in the semi-final the number two seed Katarzyna SOBIERAJSKA (POL). The tentative opening exchanges between Tsunoda and Kuwagata failed to signal the impending whirlwind as both athletes probed for a weakness here or an opening there. But with 40 seconds left on the clock Tsunoda suddenly launched a huge left sided o goshi that catapulted Kuwagata onto her back for ippon and the gold medal was Tsunoda’s.