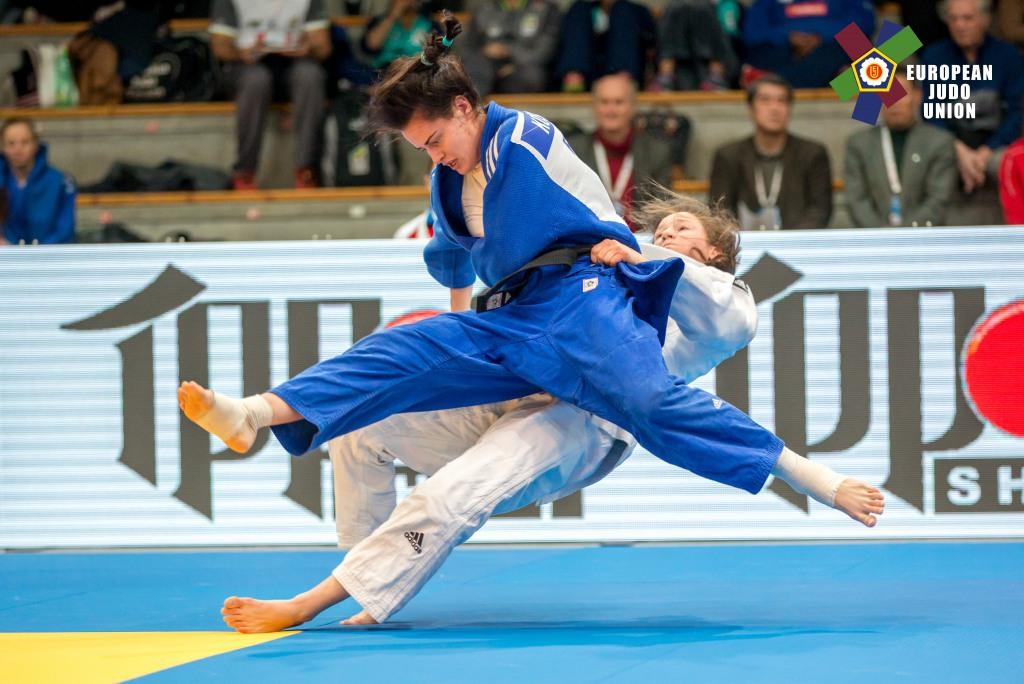 After a first round bye Unterwurzacher got her day underway with a hard fought second round win against Valentina KOSTENKO (RUS). Having thrown the Russian early on in the contest beautifully with yoko otoshi, Unterwurzacher then had to go the distance (her only occasion for the day) coming under no small degree of pressure. The win brought about a quarter final contest with 23-year old Lindsay TSANG SAM MOI (FRA) whom after two minutes was thrown powerfully by Unterwurzacher with ko soto gake for ippon. In the semi final it was the turn of current junior Pan-American champion Yanka PASCOALINO (BRA) to face the home favourite. But the 20-year old Brazilian had already had a tough route to this point and she found Unterwurzacher one step too far to take, falling to a left uchi mata before being held with yoko shio gatame by the Austrian.

The atmosphere for the final was expectant and tense as Unterwurzacher came up against Kiyomi WATANABE (PHI) the 20-year old youngster who has been living in Japan since the age of eight and who only last week took a bronze medal at the Grand Slam in Paris. Unterwurzacher was not in the mood to provide Watanabe with an opportunity for attacking and took the initiative from the start scoring waza ari after a minute with ko uchi gari and following up in ne waza with tate shio gatame for ippon and the gold medal. 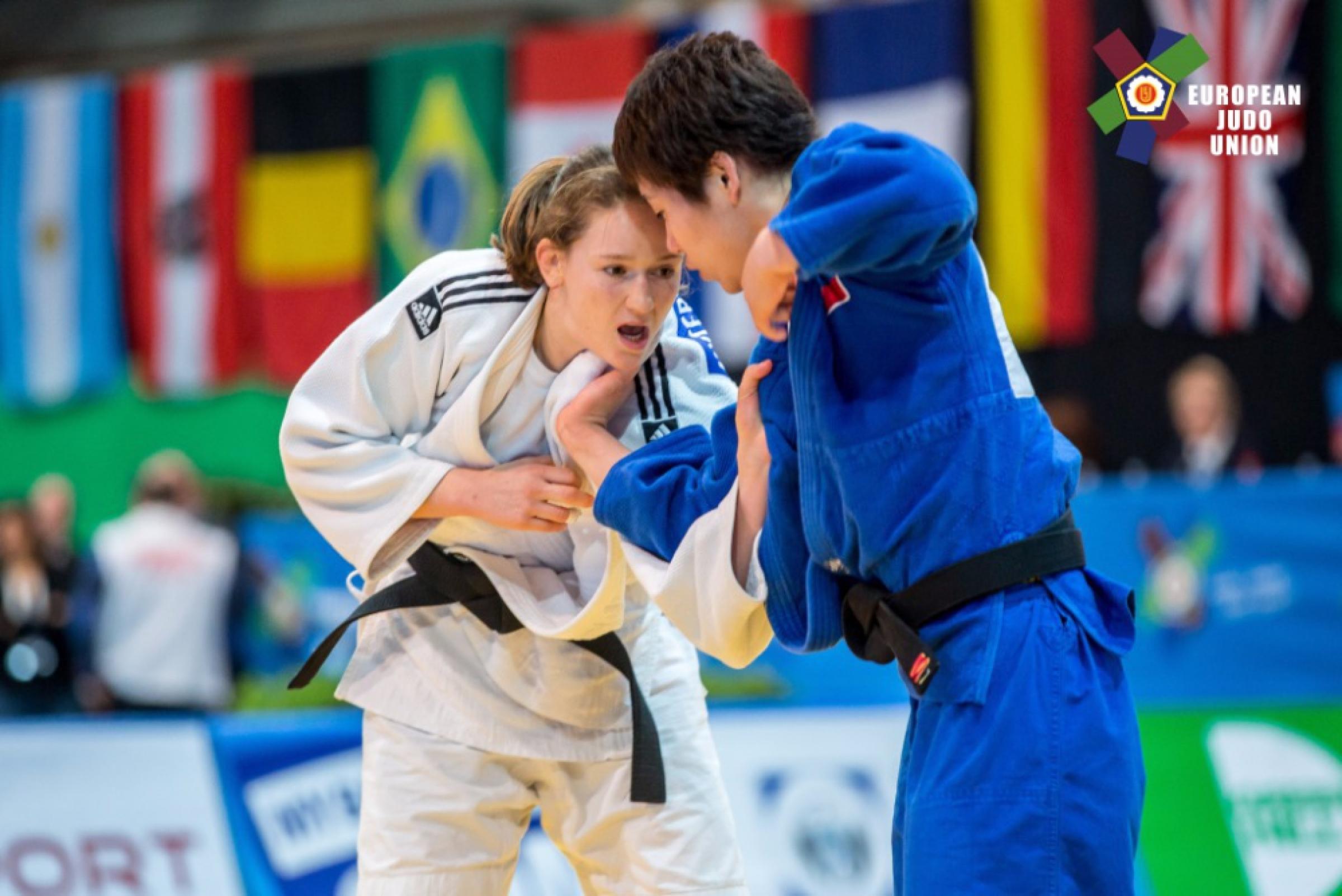 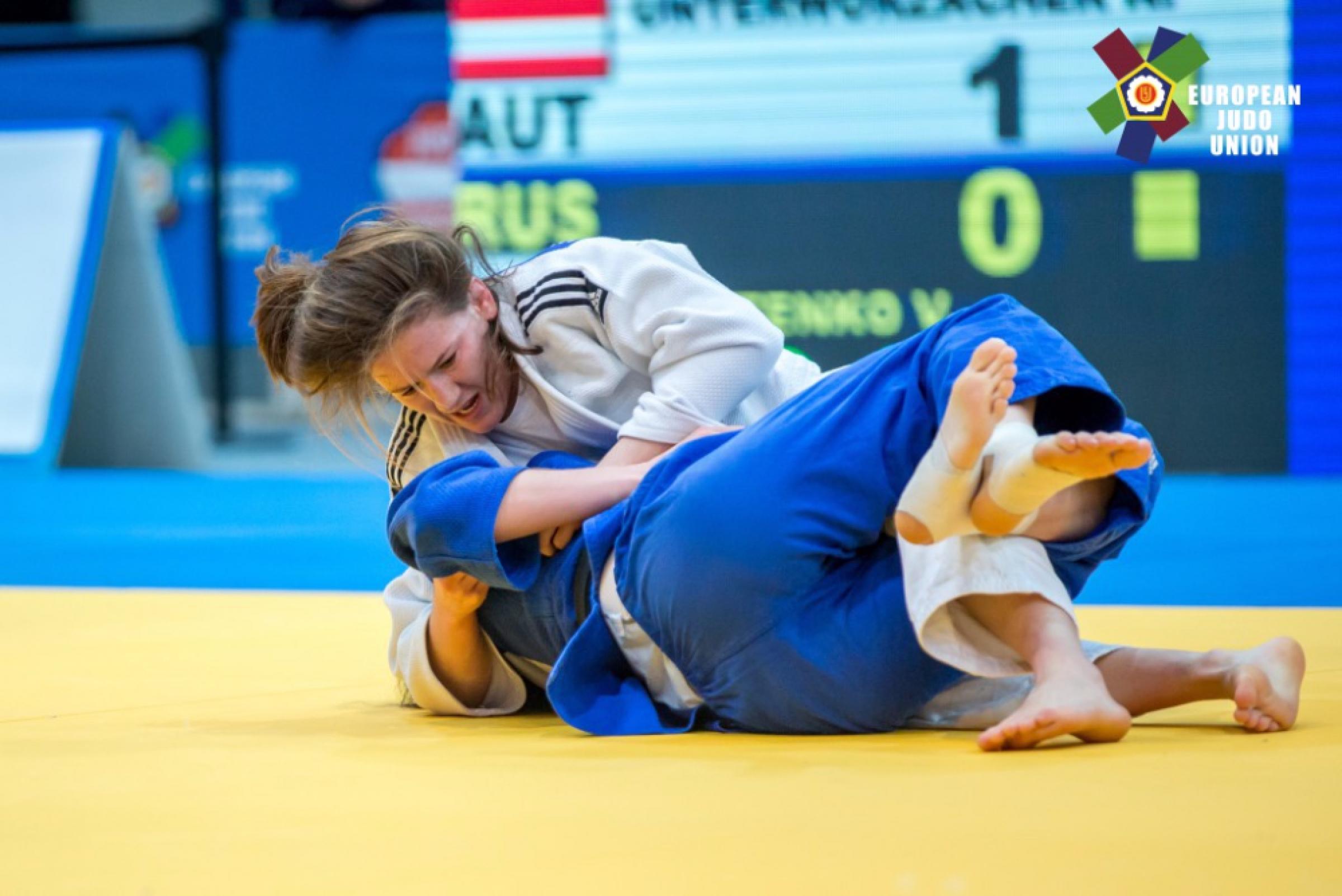 When asked about whether she felt under special pressure from competing at home Unterwurzacher answered,

“Of course it’s harder when you end up as the one upon whom all the fans pin all their hopes, and once Magadalena [KRSSAKOVA] had gone out, it really was down to me. But as number one seed I was expecting this pressure. I had prepared well with my coach and I really felt that it was possible to give the fans what they wanted.”

With regard to what was next in her plans Unterwurzacher said,

“I will be off to Japan soon for three weeks which includes training at the national training centre and with the Komatsu team.”