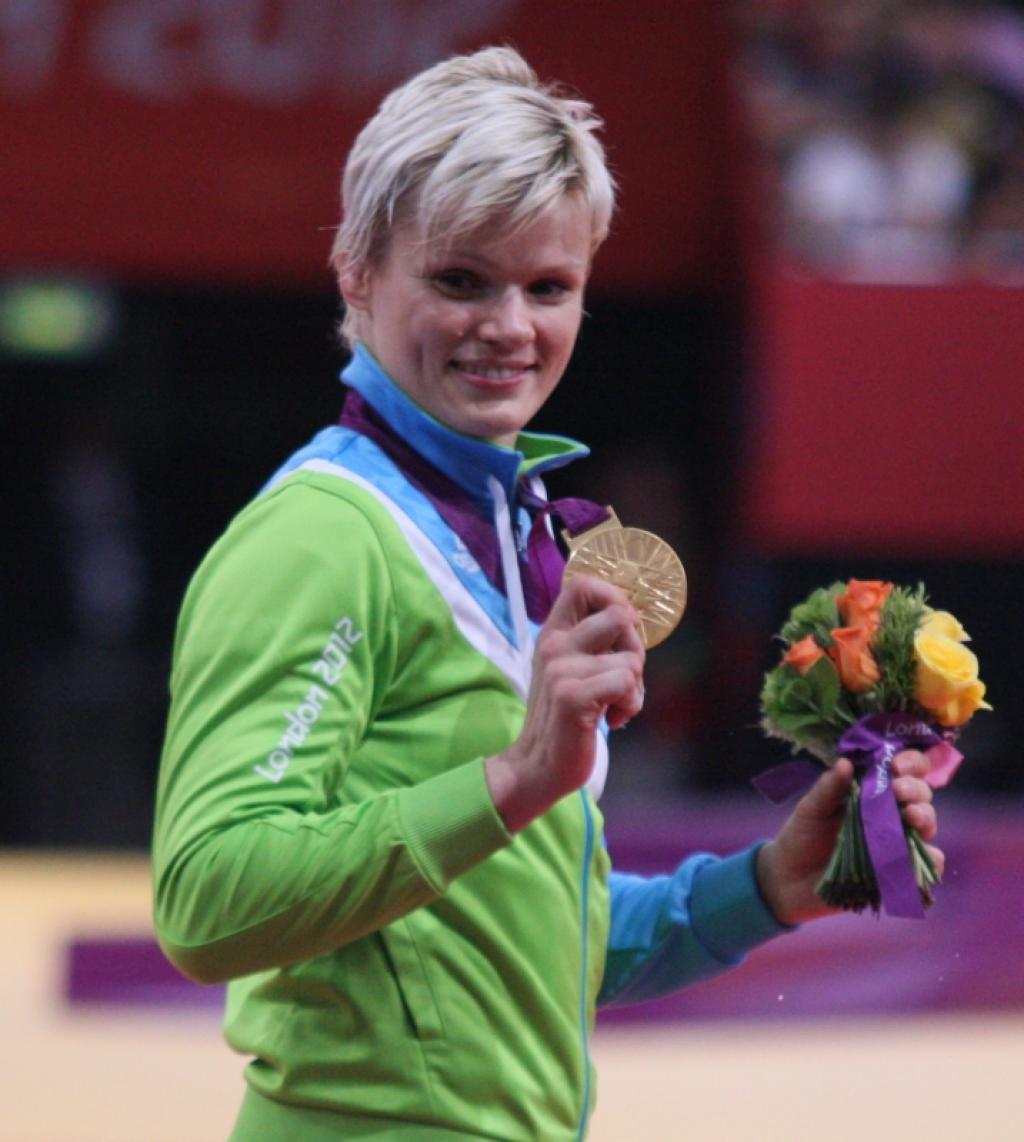 What a day for European judo at day four of the Olympic Games. Again Europe takes a medal. On Tuesday it was Urska Zolnir of Slovenia who’s Europe’s pride. Žolnir defeated XU Lili of China in the final U63kg.
Gevrise Emane of France won the fourth medal for her nation. For bronze she was victorious over Joung Da-Woon of Korea.

Emane: “The fight was very close. I had to find in myself the power to beat the other girl. In the afternoon I wanted to show a different face than the morning. I was thinking of Alain SCHMITT (FRA), who supported me a lot.I didn’t go so well. I put too much pressure on myself this morning, and asked myself too many questions. I never really found my rhythm, so a big thank you to my coach, Martine Dupond who always found the right words and gave me a boost.”

The Champion Urska Zolnir peaked at the right time. Although she is one of the strongest women in this category she was quite a surprise as new crowned Olympic champion, but what is not a surprise at these Olympics in London? Well, in the men’s category Kim Jae-Bum was the expected man for gold and so he did. A fantastic performance however by German star Ole Bischof who reached again the final. A repetition of the 2008 Olympic final against the Korean. Now he understood what it is to win the Olympic title, and to lose the final. But he was the first to support Kim with all his emotions after winning the final.

Zolnir started well this morning with a victory over German Claudia Malzahn. Estefania Garcia (ECU) was her second opponent and Alice Schlesinger waited in the quarter final. Both were one of the few left over Europeans as the semi fina consisted of three Asian judoka. Joung of Korea had beaten favourite Yoshie Ueno while Mongolian Tsedevsuren was the nemesis of World Champion Gevrise Emane in the quarter final. Xu, the Chinese finalist defeated Elisabeth Willeboordse who won bronze in 2008, but couldn’t prevent a win by Xu in the last seconds.
It was Xu who qualified for the final en Zolnir beat Tsedevsuren. Although Zolnnir had the better papers on advance, it wasn’t science, but the Slovenian dominated the whole final.

Zolnir was the first for her nation to win a medal in 2004 in Athens, and she completed the consecutive medal serie of her nation as Lucija Polavder won bronze in 2008. Today it became gold for Slovenia the most important ever victory for the nation where judo is essential for the Olympic sports in general.
She is among 17 women who have won the Olympic title and another medal but only the third in Europe. Isabel Fernandez (ESP) won bronze in 1996 and gold in 2000, Alina Dumitru gold in 2008 and added silver last Saturday and Zolnir won bronze in 2004.

Yoshie Ueno won the fifth medal for Japan, but again not gold, only Kaori Matsumoto (U57kg) claimed the gold on Monday for the Japanese team with many favourites.

Zolnir said: “I want to thank everyone. I can’t explain (how it feels). It’s not imaginable. I knew XU Lili was going to be tough. She’s really strong, so I just focused on winning. I felt strong today. I knew in the semifinal with Mongolia against Munkhzaya TSEDEVSUREN and the final that I was going to win.”

Europe has won 50% of all medals so far and 50% of all gold medals confirming the progress over the last four years with all investments made by national teams, federations, the EJU with its OTCs and obviously the effort and timing of the athletes.

Ole Bischof surprised everyone to reach the final again, just like four years ago. Since then Bischof’s life has changed but he remained the same guy. He was the first to accept his loss against Kim Jae-Bum who was superb today in the competition U81kg. Russian Ivan Nifontov claimed the second European medal by taking bronze.

A surprising tournament to say the least, but in the end an expected winner in Kim. But before the final many big names lost such as Guillaume Elmont (NED) who lost to Schmitt (FRA) who lost to Lucenti (ARG).
Elnur Mammadli (AZE) said farewell to his status as current Olympic Champ (U73kg) after his loss against Antoine Valois-Fortier. The Canadian proceeded convincingly with his positive judo and surprising wins against Mammadli, Euan Burton (GBR), Mrvaljevic (MNE) and Travis Stevens (USA).
Bischof won against Antonio Ciano (ITA), Islam Bozbayev (KAZ) and Nakai in the quarter final. In the semi final he fought against the tough American Travis Stevens. A true heroic fight where Bischof won by decision as better judoka but perhaps his experience helped him to pump up the electricity of the match.

Bischof said: “I am overwhelmed by so many different emotions right now. I am looking forward to this silver medal. The medals are beautiful, I have seen them. On the other hand, it is not the gold. But you have to look at where this medal comes from. It was a difficult journey these past four years but, in the end, it was successful.”
“I know KIM. He is a great champion and I am happy for him. He was clearly better than me in the final. I hardly got into the match.”
“If I had won I would have jumped into the river Thames. Now I do not know what I will do.”

Nifontov won his first three matches but stranded against World Champion Kim. In the bronze final he counted attacked Japanese Takahiro Nakai and won by ippon after two waza-ari. He proved again the right choise to get him in the Olympic team after three difficult years. But the technical staff kept believing in him and gave him the right ingredients to peak at the right time, another success for Russia in the men’s division.

Nifontov said to us after the ceremoney: “I’ve got tears of happiness in my eyes. The whole day has been really tough. I believed I could win but it didn’t happen in the end. Anyway, bronze has a bit of gold in it for me, particularly because I was injured. I’m dedicating this medal to my family – my wife and my brother and also to my teammates, including those who didn’t win. This is for all of us. The gold medals that the other Russians won were a real stimulus for me. I’m happy for them and for me. I was hoping to win a gold for my country and my coach but I’m still happy.”