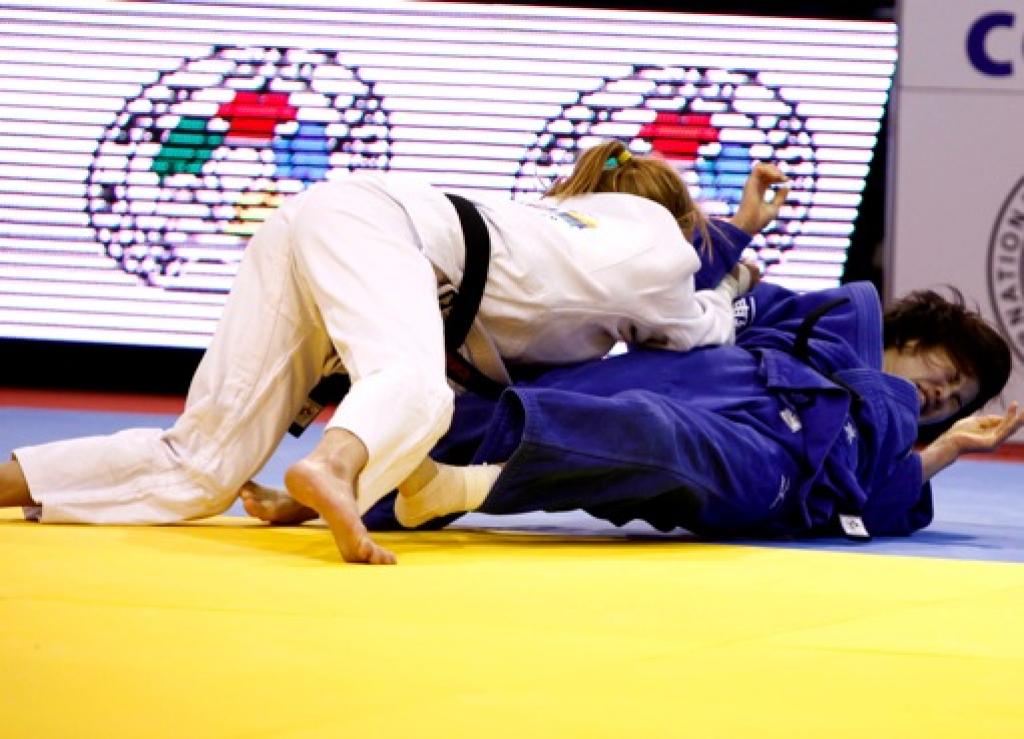 Charline van Snick has collected the gold medal at the Grand Prix of Dusseldorf on Saturday. The Young Belgian super talent is really in course for an Olympic medal. In the Philipshalle in Dusseldorf Van Snick defeated the Japanese participant Hiromi Endo. Van Snick was the only female European to win a gold medal. In her weight division U48 she defeated Luz Alvarez, Roni Schwartz and Gayane Arutyunian before she bumped into the semi final match against Dayaris Mestre from Cuba. Endo was beaten by Waza-ari.
In her weight category Laetitia Payet (FRA) finished with bronze. Natalia Kuzyutina just missed the gold U52kg.

Russian Natalia Kuzyutina just missed gold and finished on the second place after her loss against Yuki hashimoto (JPN). Home favourite Marlen Kraeh finished as fifth and lost against Kuzyutina after a good match against Ana Carrascosa (SPA).

Kaori Matusmoto was the expected winner U57kg. The unrivaled Japanese defeated Anzu Yamamoto in the final. Europeans Caprioriu (ROU) and the 40-year old Isabel Fernandez (SPA) finished fifth, an impressive result for Fernandez, the 2000 Olympic Champion who lost to Yamamoto.

In the men’s category it was Russian Alim Gadanov who showed he is in the top section of favourites for Olympic gold. Gadanov won gold U66kg and defeated Tsagaanbaatar Khashbaatar (MGL) in the final.
Two Koreans won gold: Jang Jin-Min U60kg and Wang Ki-Chun U73kg. Wang defeated Mongolian Sainjargal, Jin Mongolian Ganbat, so three silver medals in a row for Mongolia. Not satisfying but for sure impressive and promising for London2012.
German Tobias Englmeier had a good day and finished with bronze U60kg.
Dex Elmont (NED) and Ugo Legrand (FRA) won bronze U73kg.

Follow the GP today again in our results section with live results.