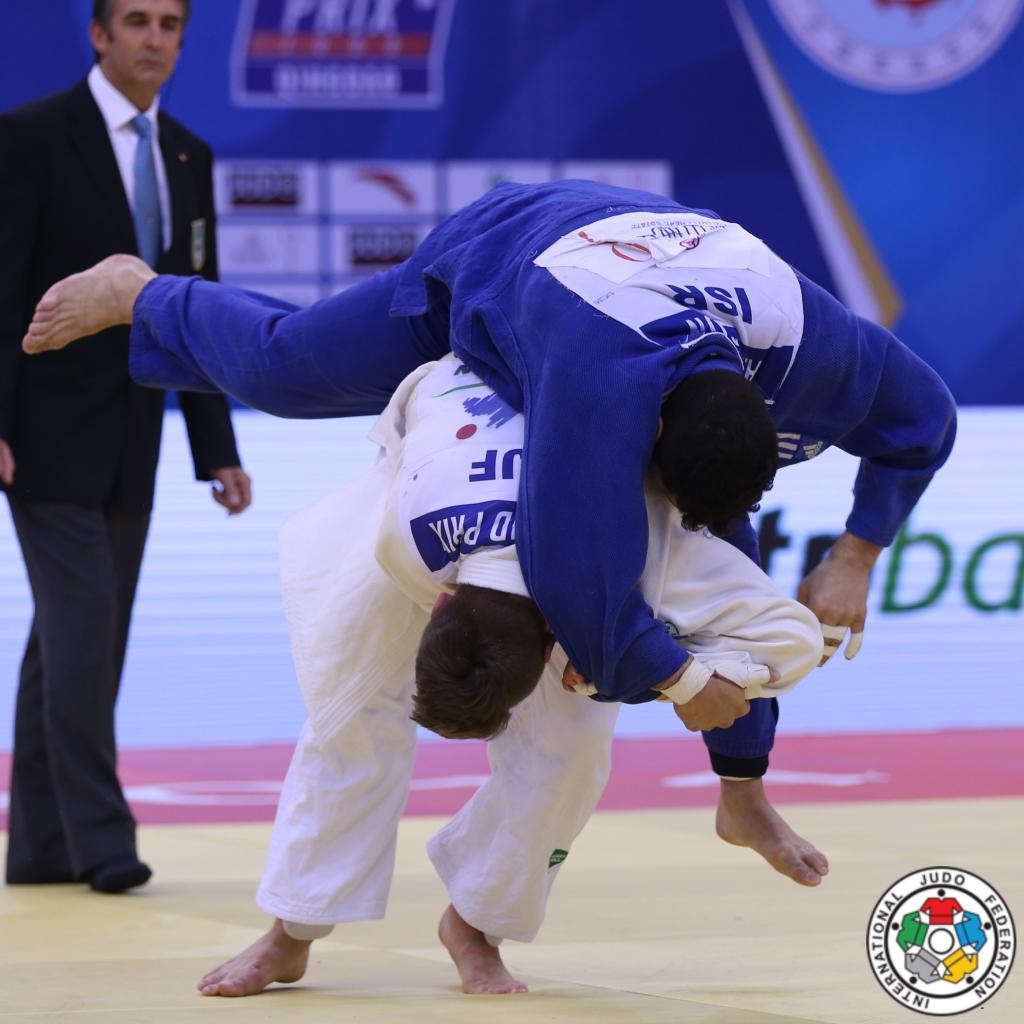 Number one seed in the -90kg category Noel Van T End NED won his first ever IJF Grand Prix gold medal on the final day of competition at the Qingdao Grand Prix. His performance here serves to confirm the quality of his judo and cements his place in the top 10 on the IJF world ranking list. The 23 year old Dutchman has been in good form these past 10 months finding the podium on five occasions. But today he found the top spot. After a first round bye Van T End began his day with a straightforward win by ippon against Zhang Chunlei CHN. He followed this up with a second ippon win against Mongolia’s Gantulga Alatanbagana. In the semi final Van T End faced Joakim Dvarby SWE whom he had defeated in September to take the bronze medal at the Zagreb Grand Prix. Another ippon win against the Swede saw Van T End make his way to the final where he defeated another of his Zagreb victims Israel’s Alon Sasson. “I’d managed to defeat Alon twice before and I was well prepared for him in this final. I don’t really think I was ever in any danger and I am pleased with how well I fought,” said Van T End. Asked about the significance of today’s win Van T End said “Of course it was important for me to take the gold medal as I’d come close all year. But just being on the podium on a regular basis is good for my confidence.” Next up for the Dutchman is the Tokyo Grand Slam where he hopes to give a super performance to end the year in style. Van T End, nicknamed Superman on account of the trademark stylish glasses he wears and his resemblance to the superhero, may very well have saved his best for the final tournament of the year.