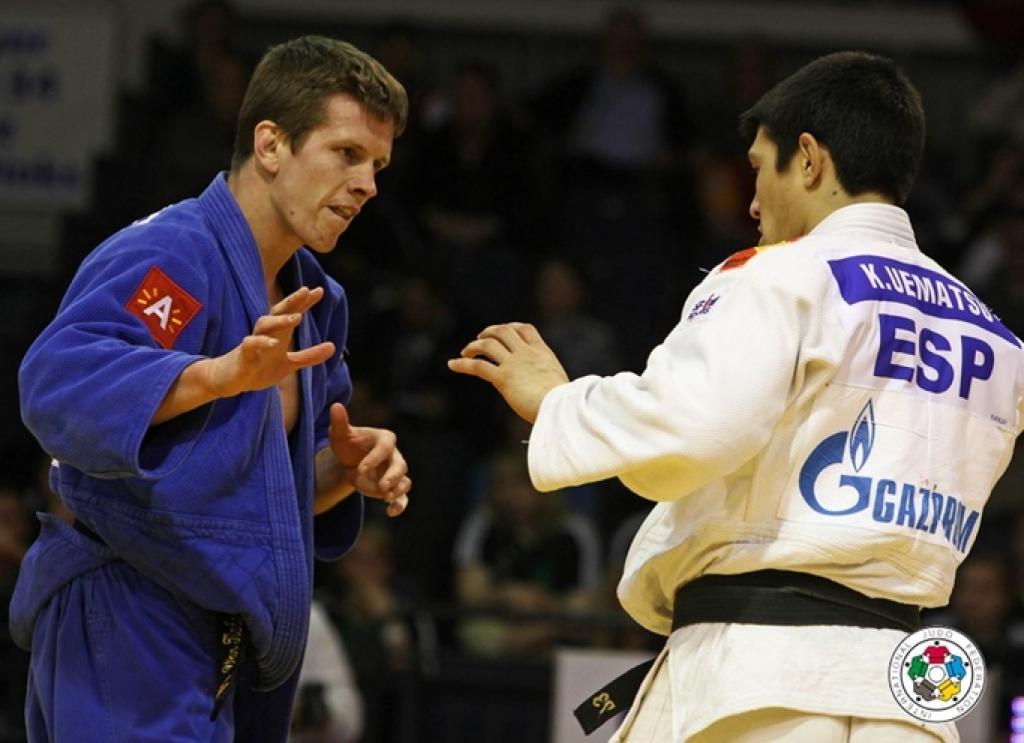 Dirk van Tichelt has won the IJF GP of Düsseldorf. The Belgian fighter defeated Spanish Kiyoshi Uematsu in the final by decission. For Van Tichelt it meant his 3rd ever World Cup victory. For Uematsu the final was his return. Two years ago he won his last international event. 32-year old Uematsu has good memories to Düsseldorf. In 2003 he won silver at the European Championships in the capital of the provence of Nordrhein Westfalen.

Japan won the other two categories. U60kg Hiroaki Hiraoka celebrated his comeback after an injury with gold. In the final he left Korean Jang Jin-Min with silver. Elio Verde was the only European judoka to win a medal in this category.
In the U66kg division it was Masaaki Fukuoka who won the event. Silver for another Korean: Cho Jun-Ho. Sergiy Drebot (UKR) and Mikhail Pulyaev (RUS) won bronze of the European side. European Champion Sugoi Uriarte finished fifth.

In the women’s division Belgium was happy to win another prestigious medal; silver for Charline van Snick in the lightweight class counts for than just silver. In this category, dominated by Japan, it was an excellent performance. Van Snick defeated Olympic Champion Alina Dumitru in the semi final for a second time in 6 months but couldn’t prevent 2009 World Champion Tomoko Fukumii from winning.

2010 World Champion Yuka Nishida won gold U52kg in the final against Majlinda Kelmendi of Kosova, fighting under the IJF flag. It was the second medal for Kelmendi at a Grand Prix and the first for her country at the German Open. In 2010 she won the GP of Tunis, which will now be held in Baku.

Brazilian Rafaela Silva may be pleased with her day’s work. On her way to winning her first gold medal at an IJF Grand Prix Silva defeated the Olympic champion Giulia Quintavalle (ITA) and the world champion Matsumoto Kaori (JPN). “Without doubt it was the fight with Matsumoto that took more out of me,” said Silva to the IJF media team. I’ve been training very hard recently, in particular with Matsumoto in mind, my coach and I developed some tactics to help cope with Matsumoto and these paid off.”
There had been some speculation earlier in the day that Matsumoto would face Portugal’s Telma Monteiro in the final. But Quintavalle put an end to that particular party and it was the Italian who faced the Brazilian in the semi-final, taking Silva the distance in a tough and close contest, Silva winning by a single yuko.

The victory of Yoshie Ueno was not a surprise in the U63kg division. The Japanese World Champion defeated Israelian Alice Schlesinger in the final.
Fourteen medals for Europe on Saturday, thirteen for Asia, but they won five gold medals compared to Van Tichelt’s single gold.