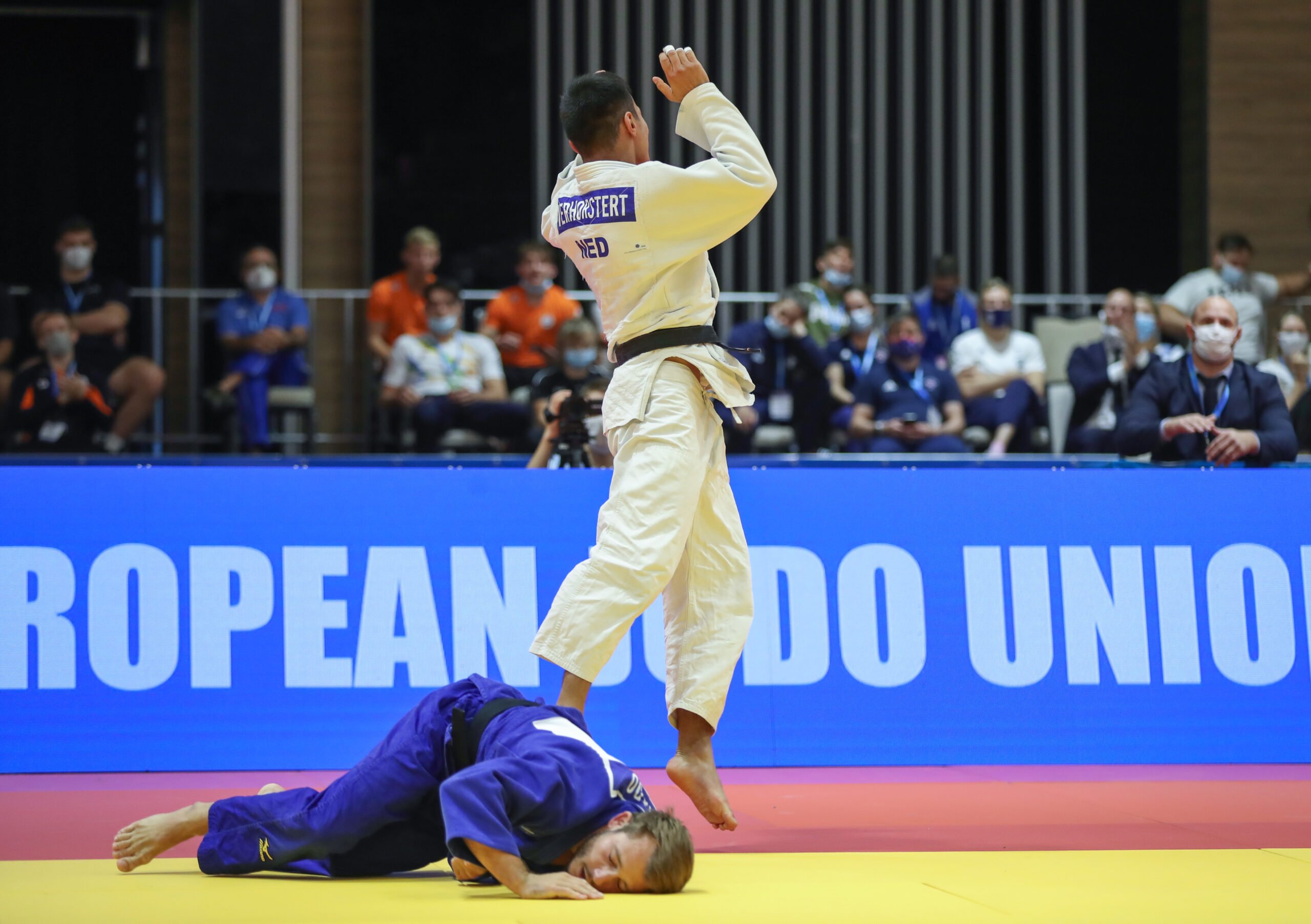 It was a brilliant first day of the Sarajevo European Open for the French team as they took away two gold, five silver and five bronze medals following some stunning performances but stealing the limelight was one of the Netherlands’ two gold medallists, 20 year-old Ivo VERHORSTERT.

Since starting as an -55kg cadet athlete, picking up European Cup bronze medals in 2016, he was recognised as a talent to watch for the future. Verhorstert transitioned to junior level comfortably in the -60kg category, taking multiple medals including golds in Coimbra, Gdynia and Lignano.

He tried his luck at the Junior European Championships 2018 in Sofia but narrowly missed out on bronze, and as luck would have it, the same happened in 2019 and 2020 but in the -66kg weight. It was certainly an adjustment period for him, finding the stability in a new category and with more experienced judoka, but on the senior level he seems to be fitting better.

Sometimes it is the case that judoka who appear to have a natural feeling for judo, can compete better when faced with other higher level judoka who can react in the correct way, making the actions that much more enjoyable to watch.

He was off to a slow start against Frenchman Orlando CAZORLA, and a waza ari in golden score put him in to the second round. Following this warm up, each of this contests were won by ippon. Round two, the quarter final and semi final were very convincing wins in the first 35 seconds of the contest but his final opponent really tested him.

Again it was the French who caused him a grievance in the form of Robin CORRADO. It was Corrado who put the first score on the board and stood in the way of the Dutch glory but a devastating tani otoshi was this key to gold, using his height to his advantage.

I was waiting for it, before the match, I thought this could be a throw I could do but I waited a minute before I tried. He scored first with ko uchi so I thought I better do it now in case he scored again!

In the coaches chair was Maarten van Liempd and he had this to say about Verhorstert’s blinding performance on day one,

It was a bit of a rocky start, as the tournament continued he got better and better and grew into the tournament, the waza ari in the final was a little set back but he finished it off beautifully with a nice throw, and now his eyes are on the Zagreb GP.

Now to go along with his senior European Open bronze medals from Warsaw 2020 and Prague 2021, he can add an impressive gold.

Verhorstert wasn’t completely satisfied with his preparation so didn’t have expectations for the event, having missed out on training camps with the top athletes on the IJF circuit over the past couple of years but he is back and raring to go, with the Zagreb Grand Prix next on his agenda.