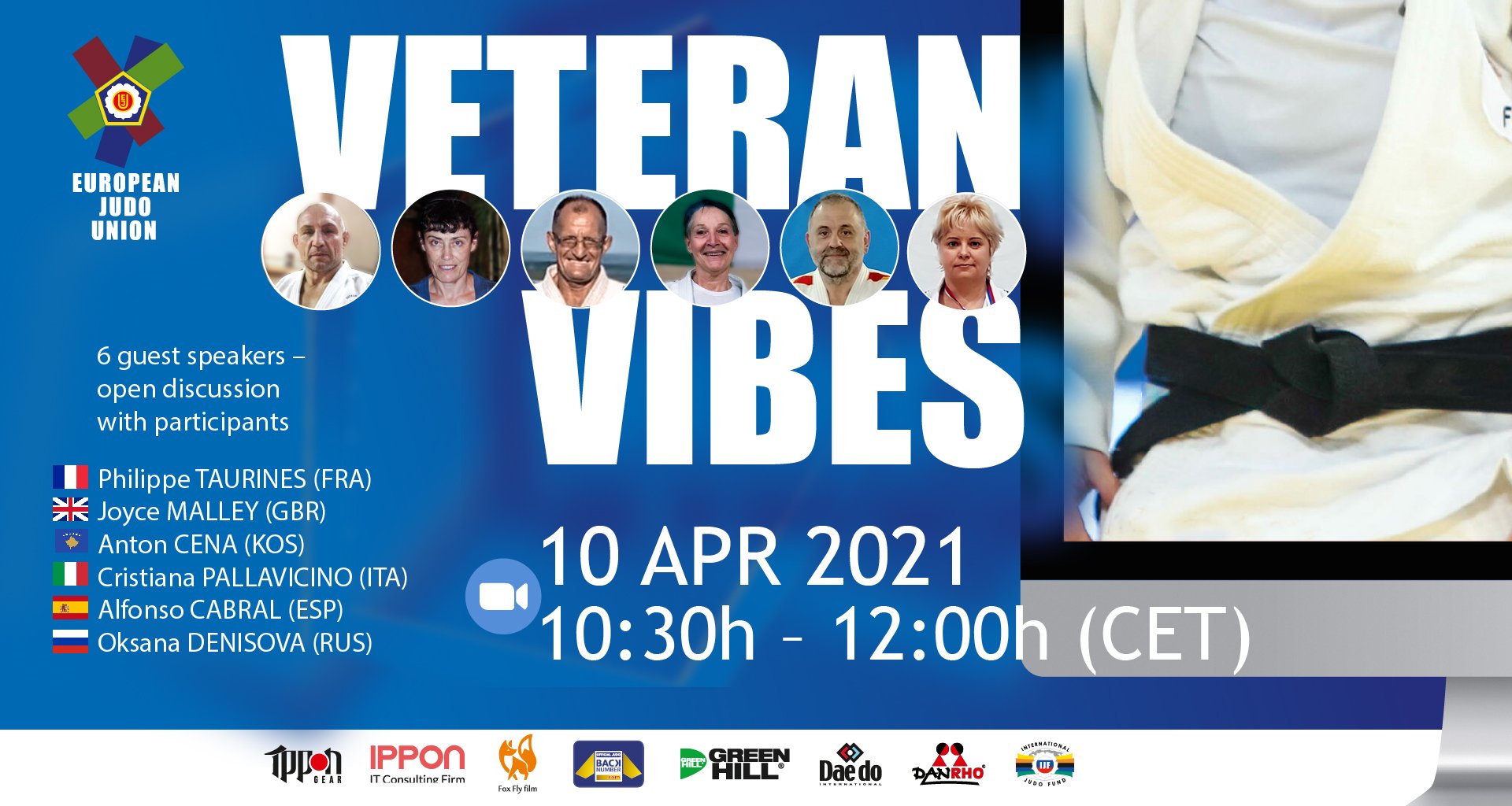 With only a week to go until our Veteran Vibes online event, we can introduce our six guest speakers, all of whom have varied backgrounds but are equally as devoted to the sport.

This open discussion will focus on how to stay healthy during the pandemic, though vaccines are becoming available to many across the continent, we are not all in a position to return to training as usual but as will be highlighted by the likes of one speaker, Joyce Malley (GBR), staying healthy is of course important for young athletes, but arguably more so for the more senior competitors. And so we have Veteran Vibes.

For 15 years Philippe competed internationally and has taken the Veteran World Championships title four times, as well as taking the French team to a World title. Alongside his world success, he has also topped the European podium three times. Between 2001 and 2016 Philippe was a national trainer and has since been responsible for managing the national veteran side.

A qualified teacher, Joyce has worked around the world in New Zealand, Qatar, Germany, Spain and of course the UK, and is both qualified and experienced in special needs education and EAL. She is a Commonwealth Games medallist in judo, and in addition to coaching in judo, she also leads in gymnastics, yoga, pilates and swimming. During the Online Judo Festival 2020, Joyce led online yoga classes for the EJU community.

Anton has a great number of titles and successes as a judoka and has coached Judo Club Polici in Pristina, Kosovo, since 2000. During his lifetime experience and education, much of which is with the police, he has gained a lot of knowledge regarding human rights and democracy. Alongside his policing and judo background, Anton speaks a number of languages including Albanian, English, Croatian – Serbian, Italian, Dutch and Slovakian which may be useful for some of our participants!

Whilst living in Brazil, Cristiana competed as a senior between 1984 and 1992, then later between 1998 and 2002 competed as both a senior and veteran. Competing under the World Masters Judo Association from 2001 to 2008, she then began competing as a veteran under the EJU in Prague 2006 up until the most recent Veteran European Championships in Las Palmas, 2019. With the aim to increase the number of veterans competing, in particular females, she has been actively promoting veteran judo since her first international competition, first in Brazil and later in Italy.

Alfonso is also a qualified teacher and progressed to Dean of Studies in his academic career, but in his judo life, he is providing a great deal for those who don’t necessarily have a lot. In 2007 he started his own club and made it free of charge to promote the sport and values of judo to low income families and highlights the inclusion of special needs students. In 2014 he initiated the masters project to reengage former athletes, achieving 20 national and international medals, 65 black belts and encouraged nine to become teachers. As well as this great feat, Alfonso is also a regional referee, national kata referee and whilst he took a bronze medal in the Veteran European Championships, he was also a part of the organising team in Gran Canaria.

Since 1984 Oksana has been practicing judo in Moscow which is where her love for the sport originated. She has medalled and won multiple titles in All-Russian and international tournaments and participated in the Veteran World Championships in Marrakesh, placing 5th. Academically, she holds a masters degree in Physical Culture, Sports and Tourism but in judo, she has been coaching since the age of 19. This ranges from children’s groups to adults over 55 and even initiated a gymnastics class with elements of judo. A member of the Judo Veterans of Russia since 2015, she is a regular participant in seminars, master classes and veteran workshops.