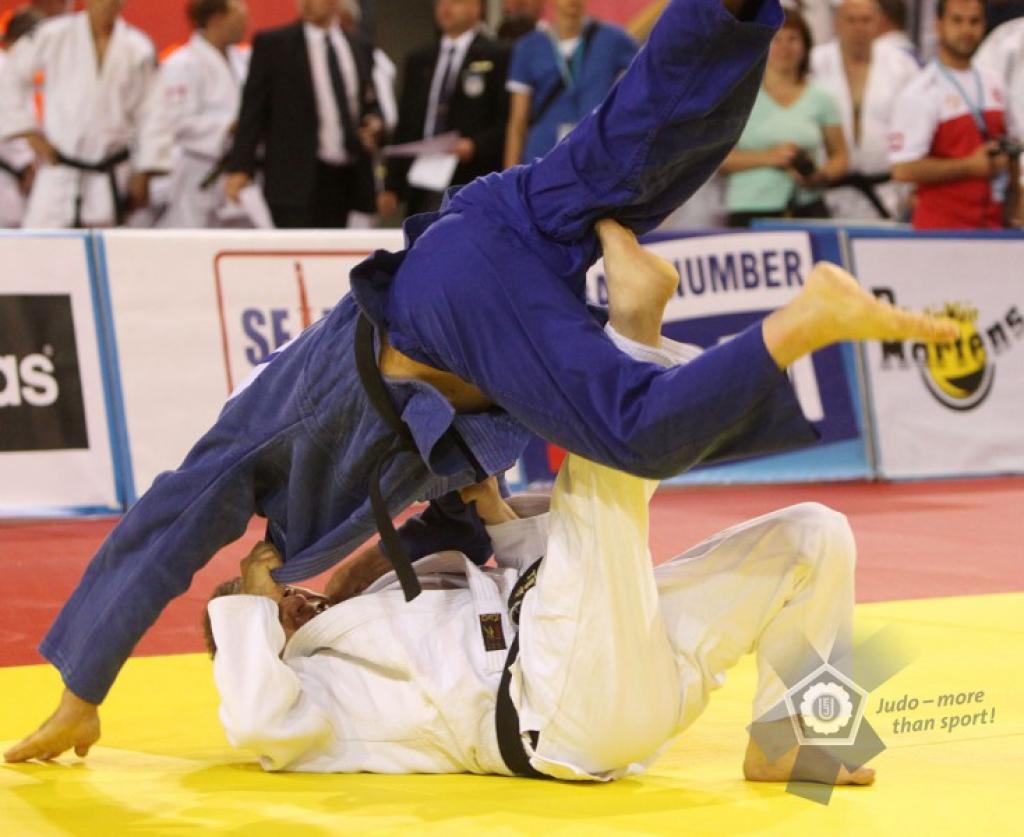 There were several fine displays of judo on the opening day of the European Championships for Veterans in Prague. Chief among them were a quintet of Russians that included Yuri Permyakov M6 -90kg, Andrey Kalinin M5 -90kg, Nikolay Golik M7 -90kg, Boris Beridze M7 +100kg and Anatoly Petrov M7 -60kg. Russian head coach Vladimir Elchaninov was pleased with the first day’s results as well he should be; his team walked away with more than half the available gold medals. Golik, Beridze and Petrov won all their contests by ippon ensuring that there was a healthy and steady stream of highlights for the in-stadium big screen. Almost 500 fighters have assembled in Prague for these veteran’s championships. For a few it’s a chance for glory that either eluded them in their youth or the judo bug is so deeply imbedded that they simply can’t resist coming back for more. One or two of the old stagers are beginning to show signs of real wear-and-tear. But as if to balance things up, Inigo Elorza Garayalde ESP, whilst not spectacular, won the M5 -60kg with the fitness and conditioning level of many a fighter half his age. Mihail Malear MDA M9 -90kg was the sole representative for Moldova. He will be delighted at having taken gold here and as a result succeeded in putting his country in the top ten in the overall medal table. Malear showed the kind of plucky determination that deserves recognition. He got that today by becoming European champion at the age of 72. The Czech Judo Federation has put on a fine show on the opening day and EJU President Sergey Soloveychik was on hand to witness a very well staged event. We can expect more over the next few days, particularly when it comes to the team event on Sunday. You can follow all the action live on the EJU’s live stream.

The full list of results is available by clicking on the following link: