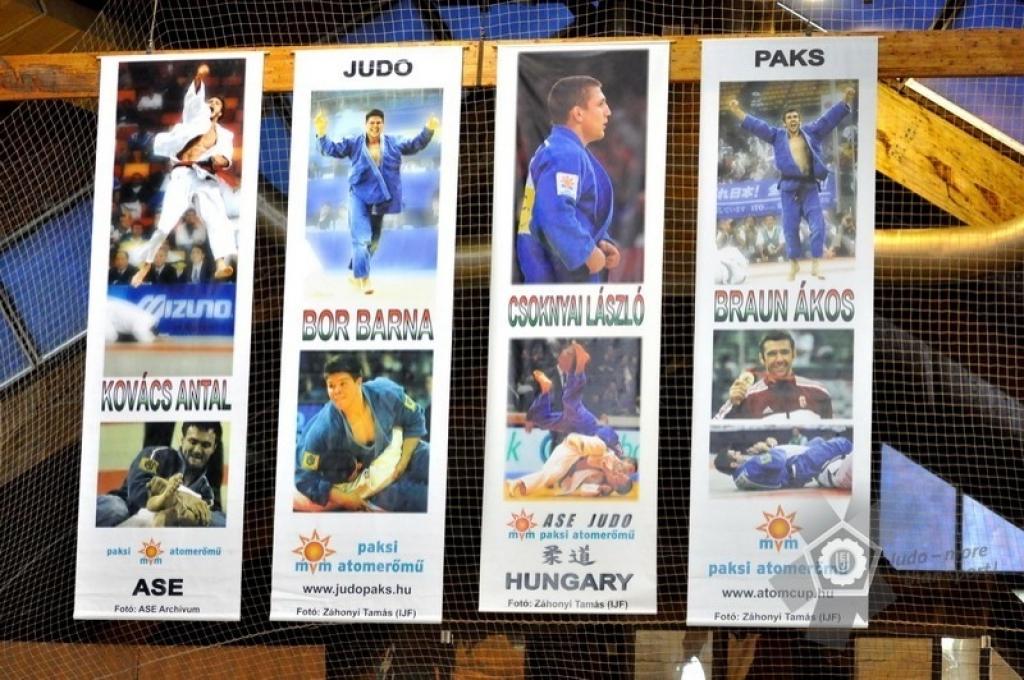 The Netherlands have become the glorious winner of the European Cup for Juniors in Paks, Hungary. The tournament with a lot of history, the former ATOM Cup, was dominated by the Dutch team taking three gold medals, five silver and five bronze.

The Ukraine, Italy, Romania and Portugal all took two gold medals. Nineteen countries won a medal this weekend.
In the European Cup Tour that started in March in Coimbra (POR), Paks is the 11th Cup. Wroclaw, Prague and Berlin follow in the next weeks in advance of the European Junior Championships in Porec, Croatia from 21-23 September.

On Sunday Italy was strong taking gold U55kg by Elios Manzi and U60kg by Fabio Basile. Manzi, who’s still 16 won his first European Cup for juniors. He already claimed three out of 10 titles this year in the cadets division.
Manzi defeated Goncalo Mansinho (POR), but Portugal did take gold U66kg when Luis Mendes defeated Junior Degen, suitable first name for the Dutch who lost his second final this year, twice against Mendes.
U60kg it was an all Italian final between Basile and Carmine Di Loreto. Greece celebrated an all Greek finaU73kg where talent Roman Moustopoulos defeated Georgios Azoidis. Both know eachother very well and have a similar career.

In the women’s category four different nations won gold today, but overall Romania won the most gold medals in this weekend. ON Sunday Lorena Podelenczki won gold after he victory over Madalina Pantea, also from Romania. Holland won two silver medals, but the golden honour went to Rotem Shor of Israel U63kg who beat Margriet Bergstra (NED). Anastasiya Turchyn of the Ukraine claimed the gold U78kg against Karen Stevenson (NED). Ivana Sutalo is one of Croatia female talents in the heavyweight category. Sutalo won the gold after she defeated Yelyzaveta Kalanina ((UKR).

Host Hungary had to be satisfied with a lot of bronze, seven in total, but not a final. However many previous winners in Paks in the past have showed to be great champions: Barna Bor who won the tournament three times reached world level. Hedvig Karakas, Abigel Joo, Anett Meszaros, all former winners in Paks who’s career is shining at the moment. Good news for all current winners.

Watch pictures and results of this weekend here: