VICTORY IS MY INSPIRATION 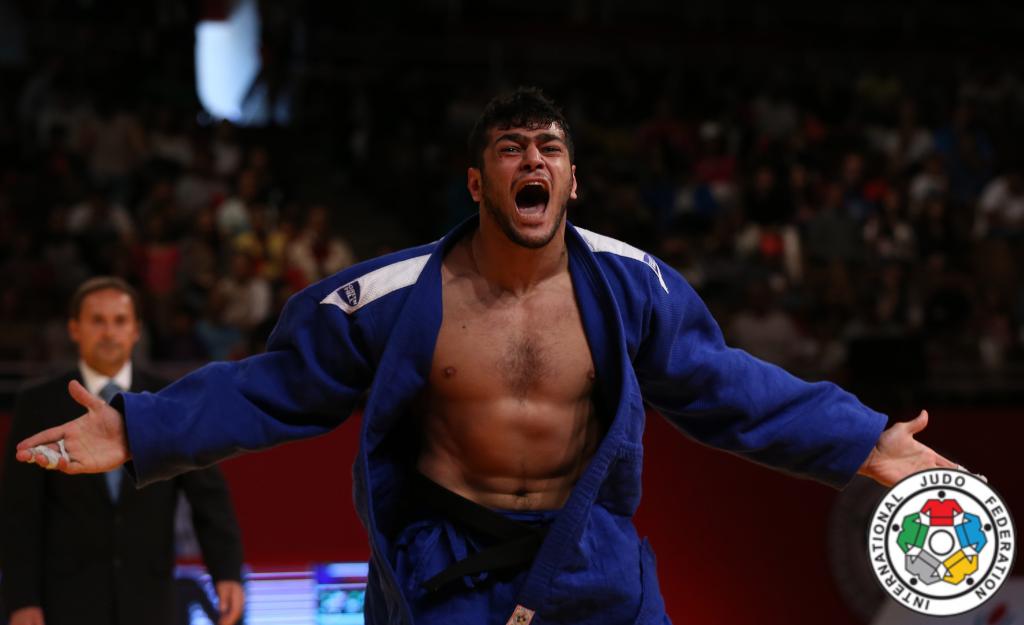 Azerbaijan world number two judo athlete Elmar Gasimov has revealed that his focus and committed training are key to his plans to win gold on home soil at Baku 2015. Currently ranked second in the world rankings in his weight category, Elmar Gasimov has won three gold medals to date in 2015, including at the recent Masters in Morocco, the Grand Prix Samsun and the Grand Prix Tbilisi. The 24-year-old also claimed the silver medal at the Grand Slam Baku in May 2015. “A focus on victory, and dedicated training, are key to winning gold”, said Elmar Gasimov.

The Azerbaijani finished second at the European Championships in 2014, and said that his focus during competition is key to success: “When I step out onto the tatami, I think only of my opponent, and nothing else. I forget everything when I’m out there, I don’t get anxious.” He has been practicing Judo for 16 years, and was excited to be competing to become the first ever European Games champion on home soil: “The First European Games taking place in Baku is very inspiring. Victory is my inspiration.”

The Judo competitions are scheduled over four days, starting from June 25, at Heydar Aliyev Arena. Comprised of 18 medal events, the Boxing competitions will feature 416 male and female athletes from across Europe. Tickets can be purchased directly from 12 conveniently located ticket outlets around Baku, including Park Bulvar, 28 Mall, and Metro Park Baku, and online at www.baku2015.com/tickets