VIENNA TO STAGE THE 2015 EDITION OF THE GOLDEN LEAGUE 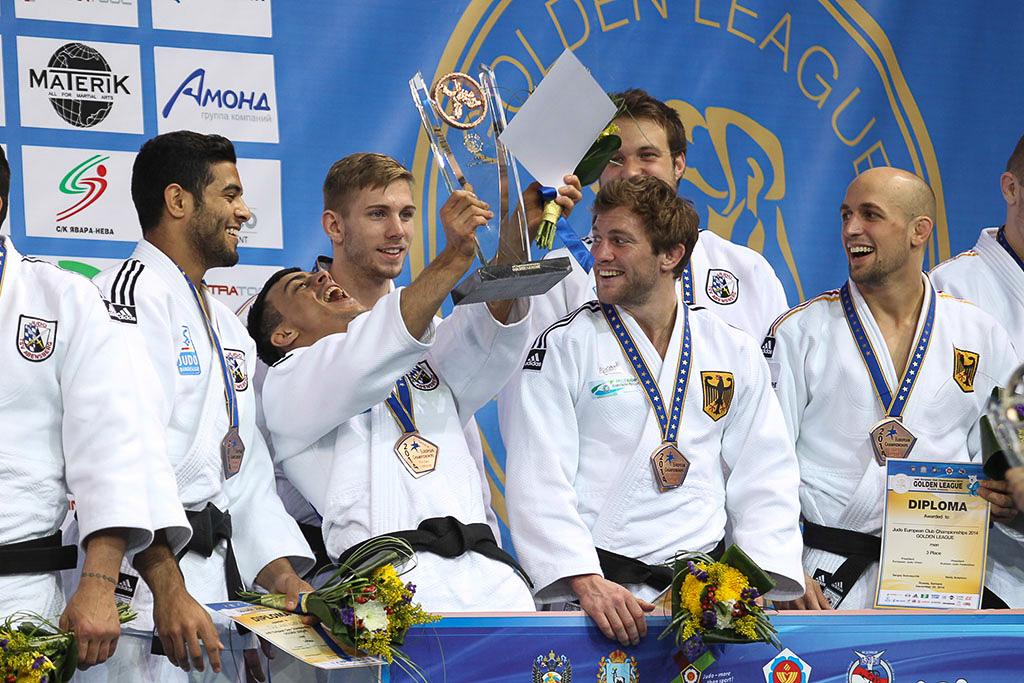 The premiere of the Golden League last year in Samara (RUS) was a great success. This year the second edition of this team event will take place in Vienna on the 19th of December. Judo fans can look forward to see the top eight teams from Europe as they will be competing for the coveted trophy. The Golden League is like the Champions League in football. The best eight men and women teams – four medalists from the Golden League 2014 and the podium of the European Club Championships 2014 – are qualified for Vienna. The EJU will award 80.000 Euro as prize money for medal winning teams.

A special gift for all Austrian judo fans will be a wild card for a men and a woman team from the alpine republic. „In the previous years, men and woman teams from Vienna were able to win the Austrian Bundesliga. We hope we can welcome a lot of enthusiastic judo fans from Austria and Europe. The modern sport hall offers place for 2000 judo fans to cheer their favorite team. I am sure that we will have a terrific atmosphere”, said the President of the Austrian Judo Federation, Hans-Paul Kutschera. “It is a great vote of confidence from the EJU. We have a lot of experience hosting high level judo tournaments like the Junior European Championships and we are happy that the EJU honored our work. For teams and for spectators we can promise perfect conditions”, he added.

The capital of Austria will present judo on the top level and the fans can expect to have a close look at some of the world class fighters. Hans-Paul Kutschera is convinced: “Team events are always special. There are exceptional atmosphere and always great emotions. We are happy to host this event. The Golden League could be a great ending of this judo season.”