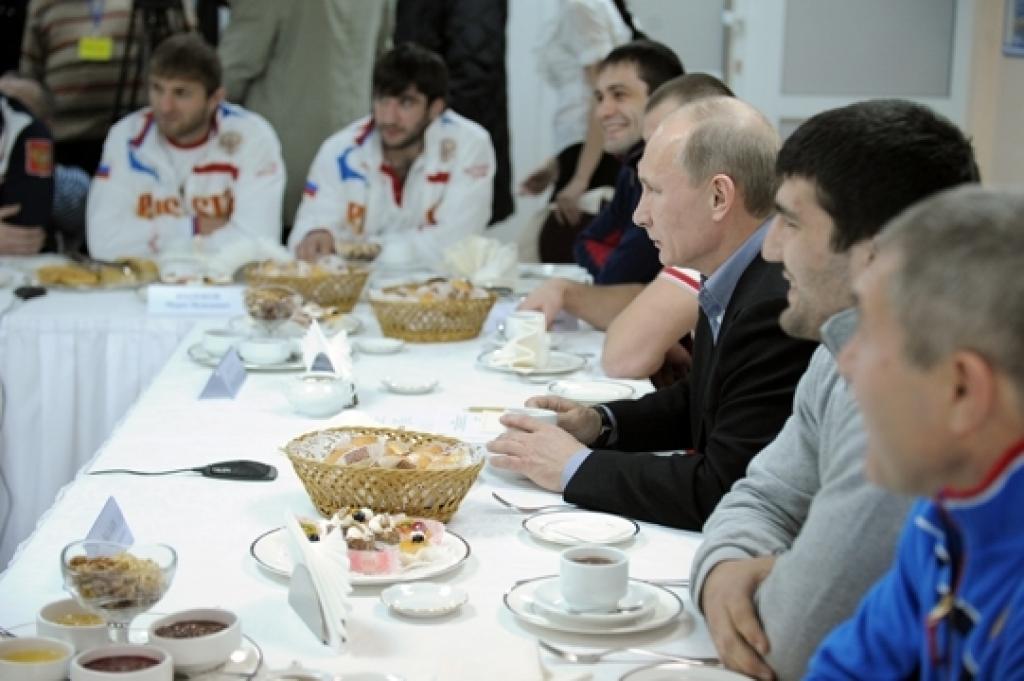 Head coach of Russian national team Vitaly Makarov told Russian Prime Minister Vladimir Putin about the preparations for the European Judo Championship that will be held in South Ural’s capital in April 2012.
The conversation took place yesterday in Kemerovo while the presentation of the new judo training center. Chatting over a cup of tea Prime Minister, top national athletes and coaches discussed the preparations to the European Championship and Summer Olympic Games in London.

Silver medalist Vitaly Makarov assured Vladimir Putin that his hometown is ready to accept the European championship at the highest level, the infrastructure is ready. According to judoka, the national team will move to Chelyabinsk ten days before the tournament.

“We will come back home – have rest, and then will be preparing to the Euro-2012. The training camp in Chelyabinsk will be organized 10 before the tournament. The championship is a big holyday for Chelyabinsk and for the whole Russia because it’s the first one in country’s history. It will be great!” says Vitaly Makarov.

Vitaly Makarov adds that European championship is a kind of rehearsal for the Olympic Games to be held after 3.5 months. European Championship in Chelyabinsk is the last tournament that brings us points. Vladimir Putin wished judokas to perform successfully with no injuries.

European Championships will be held in Chelyabinsk in April 2012 at the Ice Arena «Tractor».
Individual competitions for men and women are scheduled from April 26 to 28, team matches of national team will take place on April 29. Athletes from 50 countries of the European Judo Union are expected to take part in competition. The sale of tickets has started ranging from €5-€15 euro (200-600 rubles) per ticket.