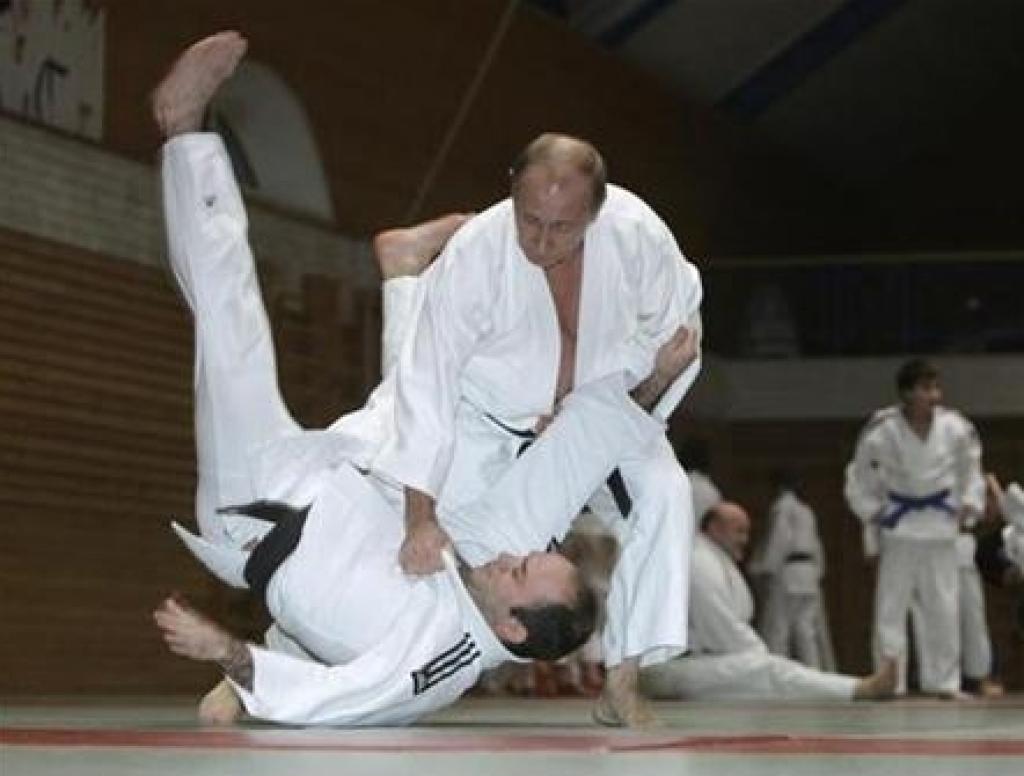 Black belted Russian leader Vladimir Putin has offered to join the national judo team after showing off his martial arts skills to members of the squad.

The 57-year-old prime minister made the proposal at a special coaching session on Saturday aired on state television, adding to his carefully-crafted macho image.

Putin, who many observers believe is still paramount leader despite standing down as president last year, entered the hall of St Petersburg’s School of Sport Mastery dressed in a white judogi and black belt, to applause from the assembled squad.

After bowing, the former KGB spy went onto the mats, throwing squad members half his age and even tackling the chief trainer, Olympic Gold medallist Ezio Gamba.

Then, over tea and cakes, Putin made the suggestion. “If you need direct help, you can include me in the team,” he told the trainer, an Italian who won gold at the 1980 Moscow Olympics.

Putin, who cultivated an action-man image during his eight-year presidency, is still lionised by the state media despite handing over the presidency to ally Dmitry Medvedev.

Since becoming prime minister, Putin has fuelled speculation that he could return to the Kremlin one day with a series of high-profile stunts, baring his chest while riding a horse in Siberia and even tranquilising a Siberian tiger.

Officials praised Putin’s technique in the Japanese martial art, and dismissed any hint that he may have been allowed to win. “He has the psychology of a winner, the psychology of the victorious,” said Georgy Kukoverov, the school’s chief.