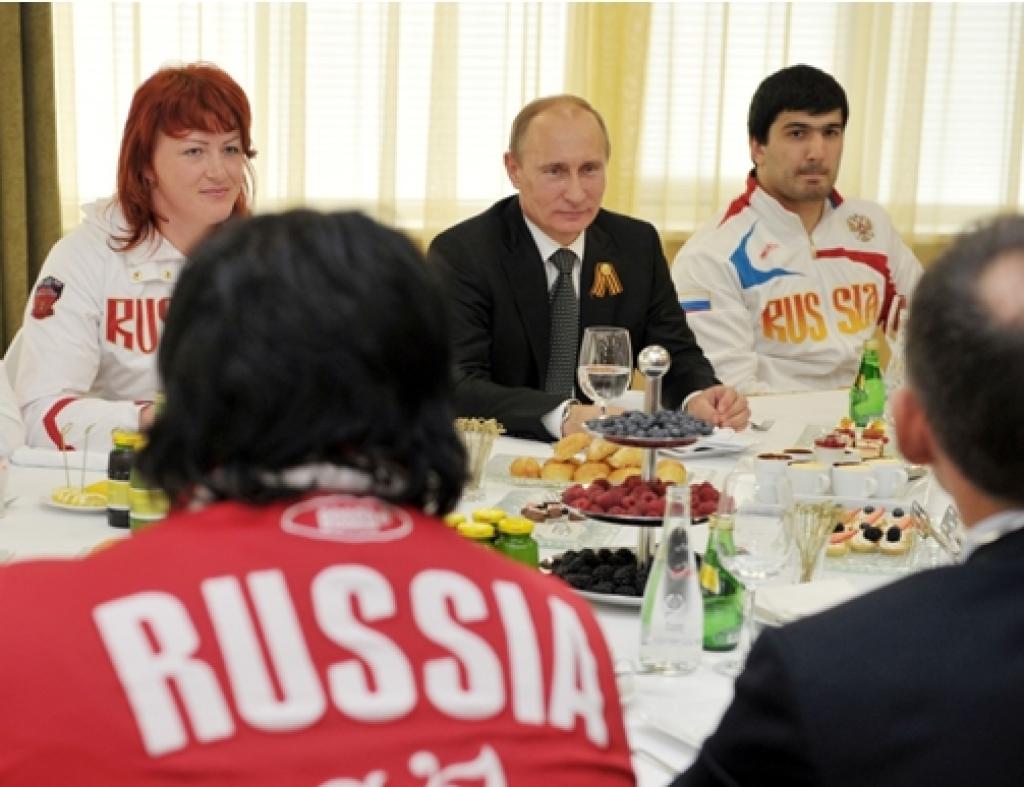 The President of Russia, Honorary President of the International Judo Federation and the European Judo Union, Mr. Vladimir Putin had visited the newest basise of judo teams of Russia – “Academy of Judo”, which was opened in Zvenigorod, Moscow region.

The model of of the “Academy” with regard to the further development of the complex had been demonstrated to Mr. Vladimir Putin. Now the “Academy of Judo” includes a building area of 15,170 square meters. Here are the auditorium for 2,500 people with the sports arena size 60×48 meters, a training room which is able to fit five tatamis, gym, locker rooms for 400 persons, rooms for athletes, coaches, referees, press, honored guests, a conference hall for 200 people , the newest medical center and a cafe-bar.

The President toured the facility and the main competition arena, where the training of judokas was carried out – the members of the male and female national teams of Russia. Mr. Putin has left his autograph on wall panel of “the Academy”, and also spoke with athletes in an informal setting over a cup of tea. Mr. President wished to the Russian team to win the medals of the tournament “Grand Slam”, which will be held in May 26 and 27 in the “Academy of Judo”, and victories at the Olympic Games in London.

Watch all photos of the Preisdent’s visit in our media gallery:

Photos courtesy of the press service of the President of the Russian Federation, Press Service of the National Veteran Judo Union of Russia