VOROBEV SEIZES HIS CHANCE TO SNATCH GOLD IN TYUMEN 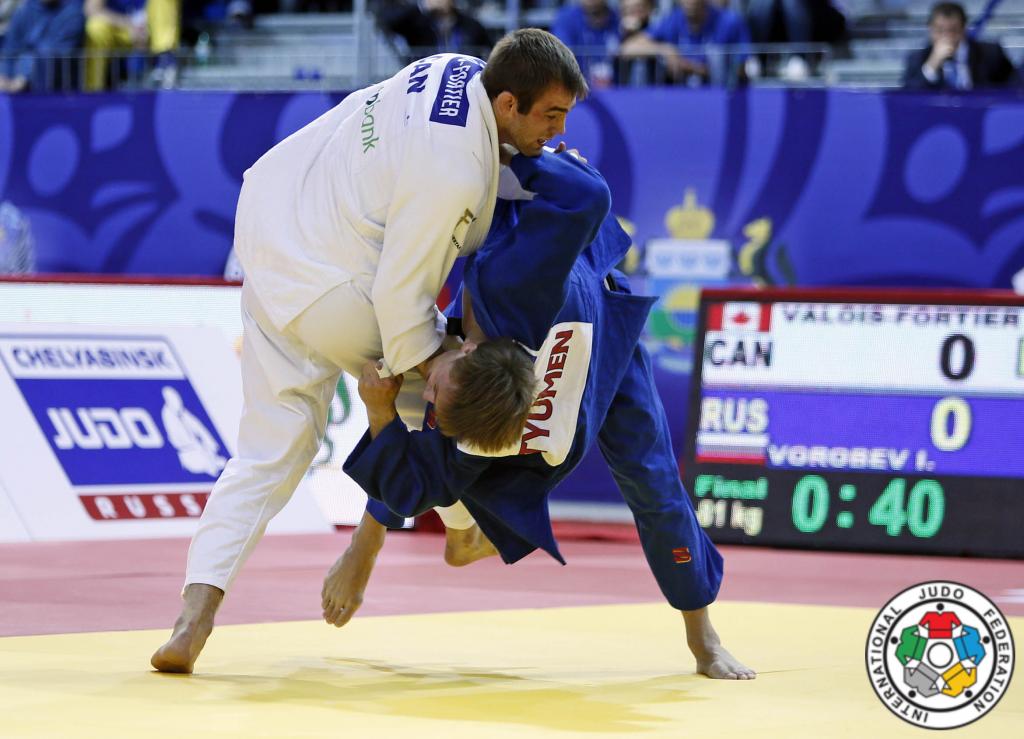 Hometown favourite Ivan VOROBEV (RUS) won Russia’s second gold medal of the Tyumen Grand Slam when he topped the podium in the -81kg category in a crowd-pleasing display.

Vorobev’s opening contest was against Marcel OTT (AUT) whom the Russian threw for waza ari before securing the win in osaekomi. In the second round Vorobev was involved in penalty strewn contest with Japan’s NAGASHIMA Keita that saw the Japanese collect four shidos. Sven MARESCH (GER) was Vorobev’s quarterfinal opponent. But by now Vorobev was finding his form and he defeated the German by ippon. Vorobev’s semi final opponent was team mate Aslan LAPINAGOV (RUS) against whom he had a real struggle eventually committing one less error to take his place in the final. In the final Vorobev faced Olympic bronze medallist Antoine VALOIS-FORTIER (CAN) and whilst neither fighter could come up with a telling score, the contest was intriguing and provided sufficient tension to keep the local audience interested. A single shido picked up by Valois-Fortier was enough to give the contest to hometown boy Vorobev by the narrowest of margins.

Vorobev is from the Tyumen Region and when asked about whether his family had come to see him compete Vorobev answered, “My family don’t come to the competition hall. They find the atmosphere too nerve-wracking so they watch at home on JudoTV.” The Russians have four players ranked in the top 20 of the IJF WRL so opportunities for selection are limited. Vorobev was asked his opinion on how he felt to miss out at times on selection, to which he responded, “The Russian team is extremely friendly and supports whoever is selected for an event. When I am selected I take my chance and do my best to win for my country.” Vorobev admitted that it was not easy to compete in front of an expectant home crowd adding, “My aim was to win here in Tyumen but I had double motivation as not only was I fighting at home, but also the Russian Team has been holding a training camp here so all my team mates were here to add their support to that of the home fans.” Asked whether the crowd had helped to lift his performance today Vorobev said, “The Tyumen public understand judo rules very well. They recognise and respond to good judo whether from a Russian or foreign fighter. But they really made helped my spirit, perhaps 50% of my success was down to the crowd today.”