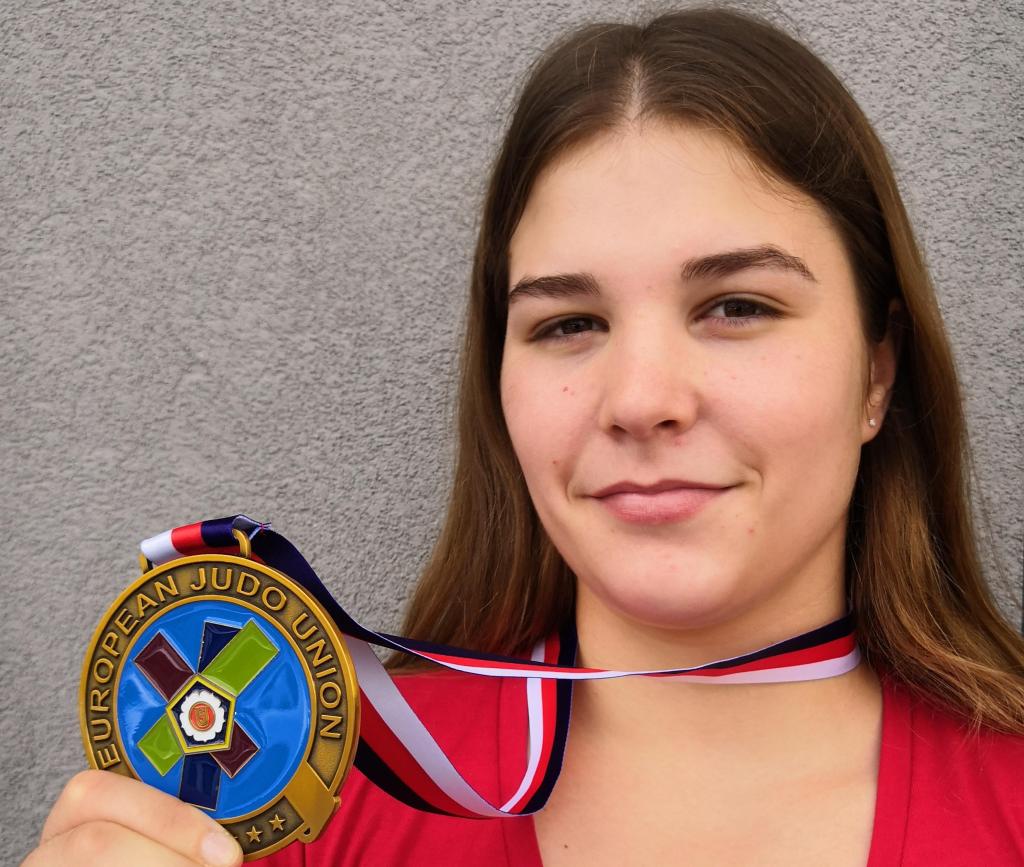 Two years ago Helena Vukovic of Croatia won the Cadet World Championships title but the transition into junior category was not that smooth as she expected.

I used to be quite nervous before any tournament. I know that psychology is an important factor in any sport but particularly in judo one has to be mentally extremely strong to became a champion. I was aware of this weakness and began to work systemically with a sport psychologist. I would say that psychology is now my strong side. I do not have any special rituals or mascots but I  know how to concentrate on a fight.

This fact was clearly visible from the beginning of the Prague tournament. She won preliminary fights easily but in the semi final she had to overcome a very difficult opponent from Lithuania.

In those tough moments I know exactly how to concentrate my mind, speed up the pace and put my opponent under the pressure. This tactic worked well in the semi-final. My opponent received the third shido and I knew that the crucial fight of the tournament is successfully over.

She then concentrated her mind once again for the final match which she won in some two minutes.

Two weeks ago I won the European Cup in Sarajevo and I am happy that I got the gold meal again here in  Prague. It was a good preaparation for the upcoming  European and World Junior Championships and I hope to continue with my achievements. But perhaps the biggest achievement in this year is the fact that I have successfully passed the University exams and will study the Sport Psychology in the University of Zagreb. I hope to be even stronger when I implement new methods into my mental training. In the future I would like to become a professional sports psychologist.