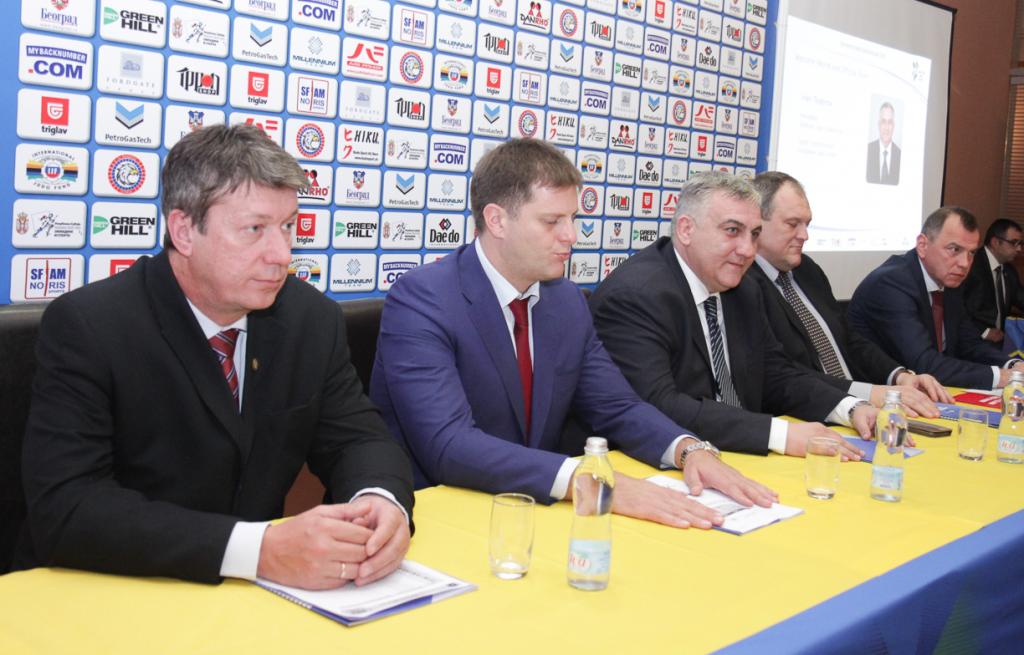 The first official moment of the European Cup in Belgrade was conducted by Pavel Yasenovsky. The EJU Sports Director showed an impressive list of participants at one of the best quality European Judo Cups of this season. 331 athletes from 30 nations will fight in the capital of Serbia – 226 male and 105 women.

The event is a perfect warm-up-place for the European U23 Championships in November in Tel Aviv. Clustered in combination with the OTC in Rome and the European Open in Glasgow, Belgrade has it all for a good battle.

The Opening though was traditionally done by Serbian Judo President Ivan Todorov, who welcomed everybody in Belgrade. “This European Cup is an event for judo lovers. I wish everybody goodluck and hope to see you coaches in this same condition with ties and suit in the final block.” Todorov, who invited all coaches for a cocktail to celebrate his birthday, unveiled that this European Cup will be upgraded by the EJU next year to the European Open level.

Based on the huge number of participants the competition on Saturday will start at 9am.