Warming up for London at brand new judo academy in Zvenigorod 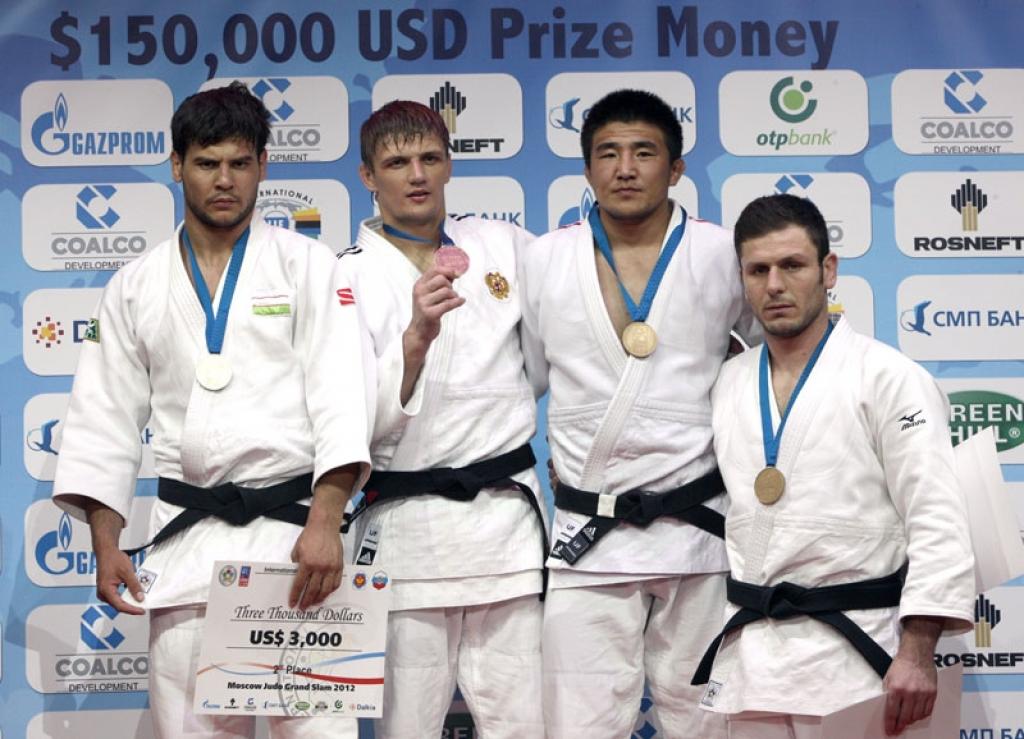 The tea of Brazil has won the Grand Slam of Moscow. However the Brazilian women took all four gold medals in Zevnigorod, the new academy of judo near Moscow. In the men’s category Uzbekistan was the winners, even despite the loss of Saturday of Rishod SOBIROV.
On Sunday the heavyweight categories were scheduled. The final between Murat KHABACHIROV (RUS) and Yakhyo IMAMOV (UZB) started in a very high rhythm. KHABACHIROV took the lead but Imamov came back in the match. Europe’s runner up in Chelyabinsk won the match by decision.
Tomislav MARIJANOVIC (CRO) won bronze.

Ilias Iliadis took an expected gold medals U90kg. He defeated Grigorii Sulemin (RUS) in the final by a spectacular o-goshi after 2 minutes and 45 seconds. Other Europeans won a bronze medal: Kamil MAGOMEDOV (RUS) and Milan RANDL (SVK), who both reached the semi final.
Ramziddin SAYIDOV (UZB) reached the final U100kg against Temuulen BATTULGA (MGL). The Uzbek scored ippon for the final victory of the category. Until the semi final, World number 3, Sergei SAMOILOVICH (RUS), imposed his powerful judo, winning his two preliminary fights by ippon, but the semi final was a different story, against the world number 12, BATTULGA who totally blocked him and finally won the fight.

The Open World Champion 2011, Abdulo TANGRIEV (UZB), also won the title in Zvenigorod.
Georgian Nodar METREVELI and Renat SAIDOV (RUS) won a bronze medal.
Brazil was amazingly strong this weekend and took gold medals U48, U52 and on Sunday U70 and +78kg.
Maria PORTELA defeated Naranjargal TSEND AYUSH, from Mongolia U70kg and Maria Suelen Altheman collected the title +78kg. Polina Polina BELOUSOVA (RUS) and Maria SHEKEROVA (RUS) won bronze for Russia. U70kg Rasa Sraka (SLO) was the only European to take a medal in this category. She lost her semi final against the Mongolian.

Amy Cotton won gold for the Canadian team U78kg. She was able to defeat Lkhamdegd PUREVJARGAL (MGL) by scoring waza-ari with a rapid and precise counter attack, ura-nage.