What happened in the men's U66kg at the 2012 Olympic Games 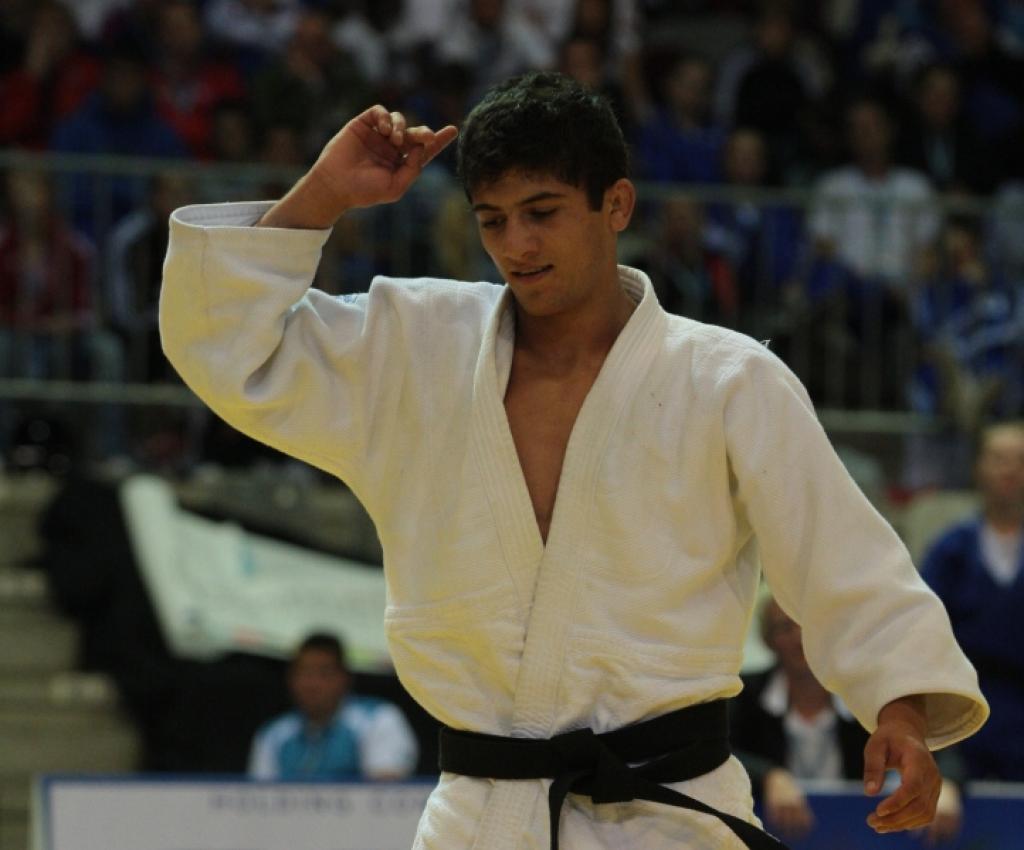 Who would have thought that 20-year youngster Lasha Shavdatuashvili would take the Olympic title? He did and Peter Seisenbacher his coach did and the fantastic Georgian supporters who almost made more noise than the Brits.

What happened to big favourite Musa Mogushkov in his first round? He wants to fight back with a challenge.

Before we proceed with the challenge of Musa Mogushkov, we take you back to 29 July 2012.
What a sensational evening with a European final of Lasha Shavdatuashvili against Miklos Ungvari, the 31-year old fighter from Hungary.
Peter Seisenbacher (AUT) knows how to make a champion, job well done. The championmaker took the Olympic title himself twice.

The winner said: “Some months ago I could not even imagine taking part in the Olympic Games. I just have transferred from juniors. When I first started judo, my biggest wish was to participate in and to win the Olympic Games. It happened, because I concentrated on judo, I did not do many other things in my life. Right after I won the European junior championships, I moved up to the national senior team. I had very effective training camps in Korea, Japan and in European countries. I think that really helped me.”

On his strategy in the match:
“I was attacking and risking, because I did not care who my opponent was, if it was a world, European or Olympic champion. I wanted to show what I am made of.”

Also for Ungvari it was a great sensation to win a medal at the Olympic Games at this third Olympic Games. Sad to lose the final but proud to win the second medal for Hungary in two days.
Ungvari: “I am very disappointed not getting the gold but I am also very proud with silver. I’d like to thank my coach he supported me always, even under great pressure. I have 10 brothers and sisters and I’d like to thank them. “

The final gave an age difference of 11 years and in this case the younger judoka won. It is the third time in a row that Georgia won the Olympic title. In 2004 it was Zurab Zviadauri, in 2008 Irakli Tsirekidze and now Lasha Shavdatuashvili won the final. It took him not even a year to grow from a junior European title to the Olympic title, even faster than Ilias Iliadis (GRE).

For bronze Ebinuma came back and defeated Pawel Zagrodnik from Poland, he did well and fought back after a backdraft of a waza-ari.
Uriarte lost his bronze match against Jun-Ho Cho (KOR) by decision.
Shavdatuashvili is the fourth youngest ever Olympic Champions after Ilias Iliadis (GRE), Elnur Mammadli (AZE) and Antal Kovacs (HUN) who were even younger than the 20 years and 180 days of the Georgian.

Also the road to the Olympic final it was quite sensational. In one his first match Musa Mogushkov of Russia, one of the major favourites in the men division lost his first match dramatically against Tarlan Karimov of Azerbaijan.

Sugoi Uriarte (ESP) and Karimov reached the quarterfinal and Uriarte defeated the talent. He met with Miklos Ungvari in the semi final. The Hungarian defeated two very strong fighters in Rok Draksic (SLO) and Pawel Zagrodnik (POL). This year Ungvari defeated Uriarte at the European Championships. Before that win Uriarte won twice. This time Ungvari won again and qualified for th final.

Colin Oates made the ExCel electric with his first wins, the second against former World Champion Khashbaatar Tsgaanbaatar (MGL). But Oates lost in the QF against Lasha Shavdatuashvili (GEO) who defeated David Larose (FRA) as well. Shavdatuashvili will now face favourite Masashi Ebinuma of Japan and the Georgian showed good judo.

See all stars again in Tyumen at the ECCO Judo Hero Challenge!