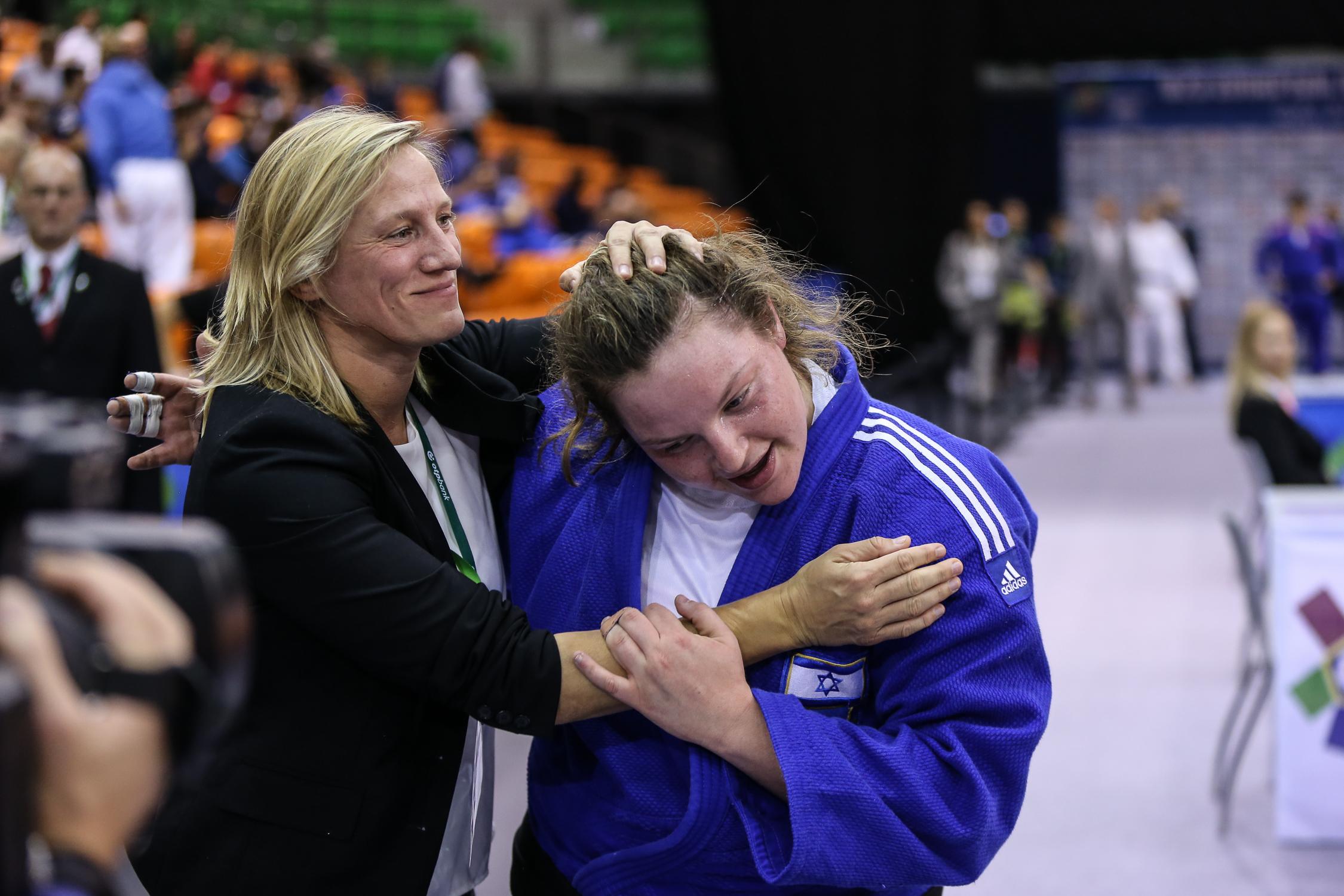 With both athlete and coaching credentials to boast, it is no surprise that the Austrian side were ecstatic to welcome her to the team following her time as a the Israeli female coach until the end of last year. It might be a slow change, but with the likes of Yvonne now at the helm, other nations may now see that the leading quality doesn’t simply lie with the male coaches.

However long before the seeds of an Olympic dream had been planted, Yvonne was taken to a local judo club in Ludwigsfelde at the age of six by her father and so the journey began. In the beginning it was a tale of two Axels. The first was Axel Schulz, her original coach who supplied the basics and sent her to the latter, Axel Kirchner in the sports boarding school in Potsdam.

My new coach was Axel Kirchner who coached me my whole career. He was the most inspiring for me. He made me believe in myself and being able to dream big. Axel still works at the boarding school and educating the next generation.

Funnily enough, the 2004 Olympic Champion missed out on selections for major events as a junior but once she stepped up as a senior athlete, she was noticed by another. Not only did he push Yvonne in her achievements as an athlete but left his impression as a coach and his ability to build a squad.

The national coach Norbert Littkopf saw something special in me, pushed me, and gave me a chance from the first moment. He managed to build an amazing team spirit in our team and one of the best teams in the world at that time. Now as a coach I try to follow his way and make the same spirit in my team.

Despite during her entire career having never been coached by a woman, that hasn’t stopped her from noticing the diversity it brings to a team and the importance of what a female coach has to offer.

As an athlete I was surrounded by men coaches and didn’t know anything else. Nowadays as a coach, I feel how important it is to have women coaches as well. I believe we are able to be more sensitive in some critical situations, especially when you coach girls and women. It does not mean that we can not be tough and demanding with our athletes and sensitive at the same time.

It wasn’t only her career achievements that booked her a coaching role within the Israeli national team in 2017 but since her retirement in 2009, Yvonne took immediately to studying at the coaches academy in Cologne and finished receiving the highest level diploma. However, even prior to her 2009 end she had already started to coach in Potsdam. Ready with qualifications and competitive experience, she has made a name for herself as a coach.

From 2012 I became the head coach of the regional center in Potsdam and coached together with my former coach, Axel, and my best friend, Mario Schendel until the end of 2016. I moved to Israel to coach the women’s national team under Shany Hershko for four years. It was an amazing experience that taught me a lot and made me ready for my next move, being the head coach of Austria. I’m really happy that I was able to make all the steps from being a club coach to becoming a head coach and to see and learn at each step. I believe that me being an athlete at the top level helps me a lot with understanding the athletes needs. As an athlete I’ve been through injuries, breakdowns and lost matches. I know what it means to train hard and what it needs so I think these abilities are helping me being a better coach.

It is a big honor for me to lead an Olympic team and that is the reason I took this challenge and left my athletes in Israel earlier than planned. To be honest, I never thought about how it is to be a minority until I started to work in Austria as a head coach and got a lot of questions about it. I love my job, I love teaching and I love helping my athletes being their best.

As Yvonne stated, she didn’t consider herself a minority and advises aspiring female coaches not to consider themselves as such. The point of this position is to “do what you love, do your best and be yourself”.

Though she didn’t see it herself, it was a focal point of conversation for quite some time within the judo community as it is an aim of many women to break down barriers as well as the IJF’s Gender Equity Commission. For Yvonne, her abilities secured her the position, and Austria were extremely happy that she accepted the offer.

I think the biggest obstacle is the prejudice of people. It’s hard for some people to believe that a woman can lead a national team, men and women. I’m happy that the Austrian federation is the pioneer and chose a woman to lead their team. I wish that more nations will understand the benefits of a woman coach and that we will see in the future more of us.