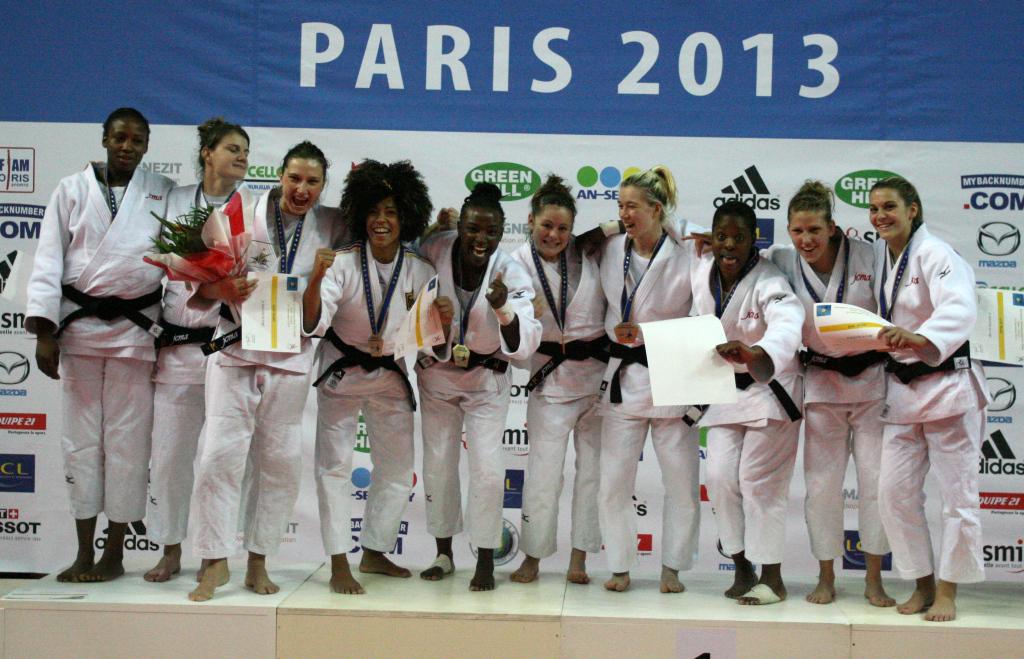 The women’s team of Maisons Alfort has won the European Team title at the Institut du Judo in Paris on Saturday.

The final of the European Championships for Clubs was between Maisons Alfort and strong Russian team of Yazara Newa. The women’s team of Maisons Alfort started well with a victory of Laura Holtzinger against Buryachenko. The French had never reached the final and were close to a sensation after good piece of Ne-waza. Miryam Roper the number one of the World had to fight against Irina Zabludina. This year was amaizing for Roper and she took the number one position in the World Ranking. Zabludina was not successful at the World Championships in Rio but did win bronze in Budaoest at the Europeans. Both women fought eachother twice in major events and it was equal but after three minutes it was Roper who scored ippon making 2-0 for the French team. In the third match it was Jocelye Mendy who scored two waza-ari in a sensational victory for the French team. She couldn’t believe it against the strong Russian team that was the favourite in advance to win the final. Karine Berger defeated Alena Prokopenko, as the joy couldn’t be stopped by anyone. The incredible Anne M’Bairo started amazingly with waza-ari against Alena Prokopenko, but lost by oseikomi in the end. But M’Bairo’s victory against Kaya in the semi final against Galatasaray was magical and decisive for club history. The 20-year old celebrated the victory with the team. Maisons Alfort does the impossible and had never won a medal at in European Club history. Today started with the victory against Red Star Champigny, last year’s winners which was the first major upset of the tournament. In the semi final the star team of Galatasaray was defeated by 3-2 where the Turkish team had everything in own hand to take the team to the final for the first time, then came M’Bairo. The bronze was for the Turkish team Galatasaray and Pontault Combault that won the bronze for the fourth time in a row.