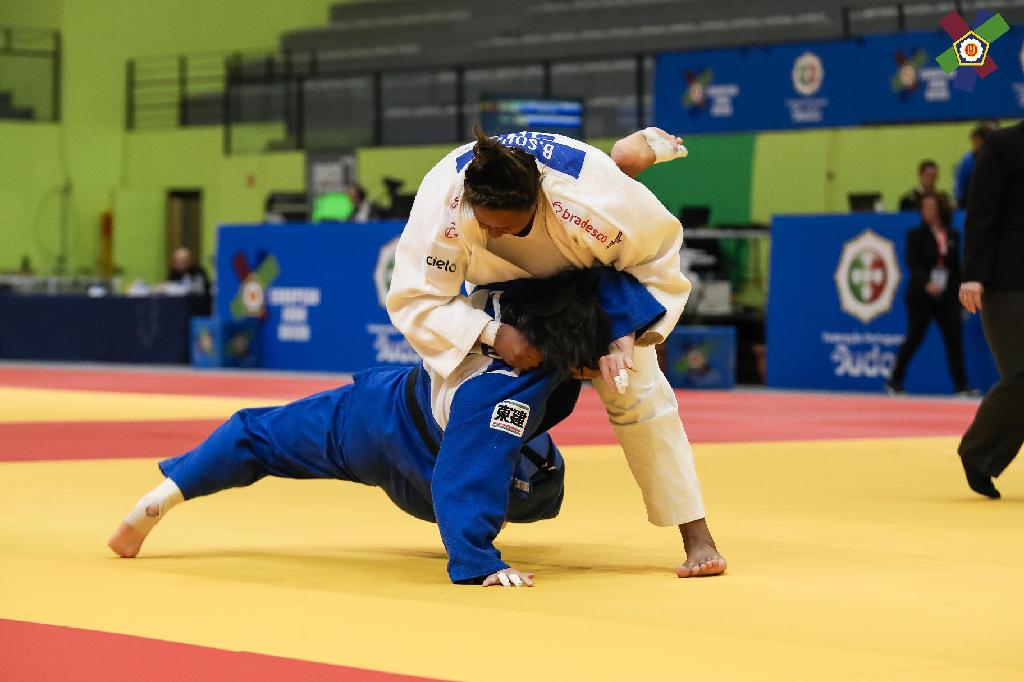 Straight off the back of the Paris Grand Slam, we will see many French athletes keeping their momentum, arriving in Bratislava, Slovakia for the European Judo Open this weekend.

The level of competition will be high with many international athletes staying in Europe continuing their preparation including a strong Brazilian team, with Odivelas European Open gold medallist, Beatriz SOUZA among them.

The third ranked team from Odivelas was Great Britain, who are returning to mainland Europe with the same five-woman team as well as some notable extras including Lubjana PIOVESANA in the -63kg category.

All of the athletes will compete on Saturday the 15th of February in the Eurovia Arena.

Shirine BOUKLI (FRA) made a big splash in the Paris Grand Slam over the weekend in the -48kg category, perhaps causing the eventual gold medallist and double World Champion, Daria Bilodid her biggest headache. The pair went in to a tense golden score, BOUKLI proving herself to be a major contender on the senior circuit. Another Frenchwoman to miss out on the bronze in Paris was Astride GNETO in the next weight category. She will come in as favourite in Bratislava and number one seed.

The -57kg category has a lead with the Tel Aviv Grand Prix silver medallist, Helene RECEVEAUX, who took a hit in that particular final at the hands of youngster, Kaja KAJZER (SLO). With many younger athletes testing their abilities on the senior circuit there are plenty of surprises to be had in all weight categories.

Though sitting further down in the world ranking list, Anja OBRADOVIC (SRB), the World Junior and U23 silver medallist is in fifth position in the seeding and could be a big opener for the -63kg category.

Gold and silver medallists from the Odivelas European Open, Kelly PETERESEN-POLLARD (GBR) and Melissa HELEINE (FRA) are returning in hope to make their way back to the podium but have some serious competition with seasoned, regular IJF medallist Maria PORTELA (BRA) leading the -70kg category pack.

Arguably the strongest entry can be seen in the -78kg category with the top three seeds within the top 13 in the world ranking. Mayra AGUIAR (BRA) has a hoard of World and Olympic medals, as does the number 2 seed, Audrey TCHEUMEO (FRA), however TCHEUMEO’s team mate, Fanny Estelle POSVITE is chasing her down and has a world medal of her own from 2015 making it a tough category to call.

Finally, the +78kg category sees the Brazilian women top the seeding, Maria Suelen ALTHEMAN and Beatriz SOUZA went head to head in the World Championship bronze medal fight in Tokyo and could once again see each other in a final in Slovakia if they keep up performances. This isn’t without threat of a European or Asian athlete coming through in the pools.

As we edge closer to major events, the more experienced and senior athletes are keeping themselves fresh and in the competition zone and will most certainly be providing some major performances and entertaining for the spectators on this day.

The men will also be competing this weekend but the EJU tour is taking them to the European Judo Open in Oberwart in Austria over the course of two days with almost 300 athletes from 48 nations.