FINALLY I BLAMED MYSELF! 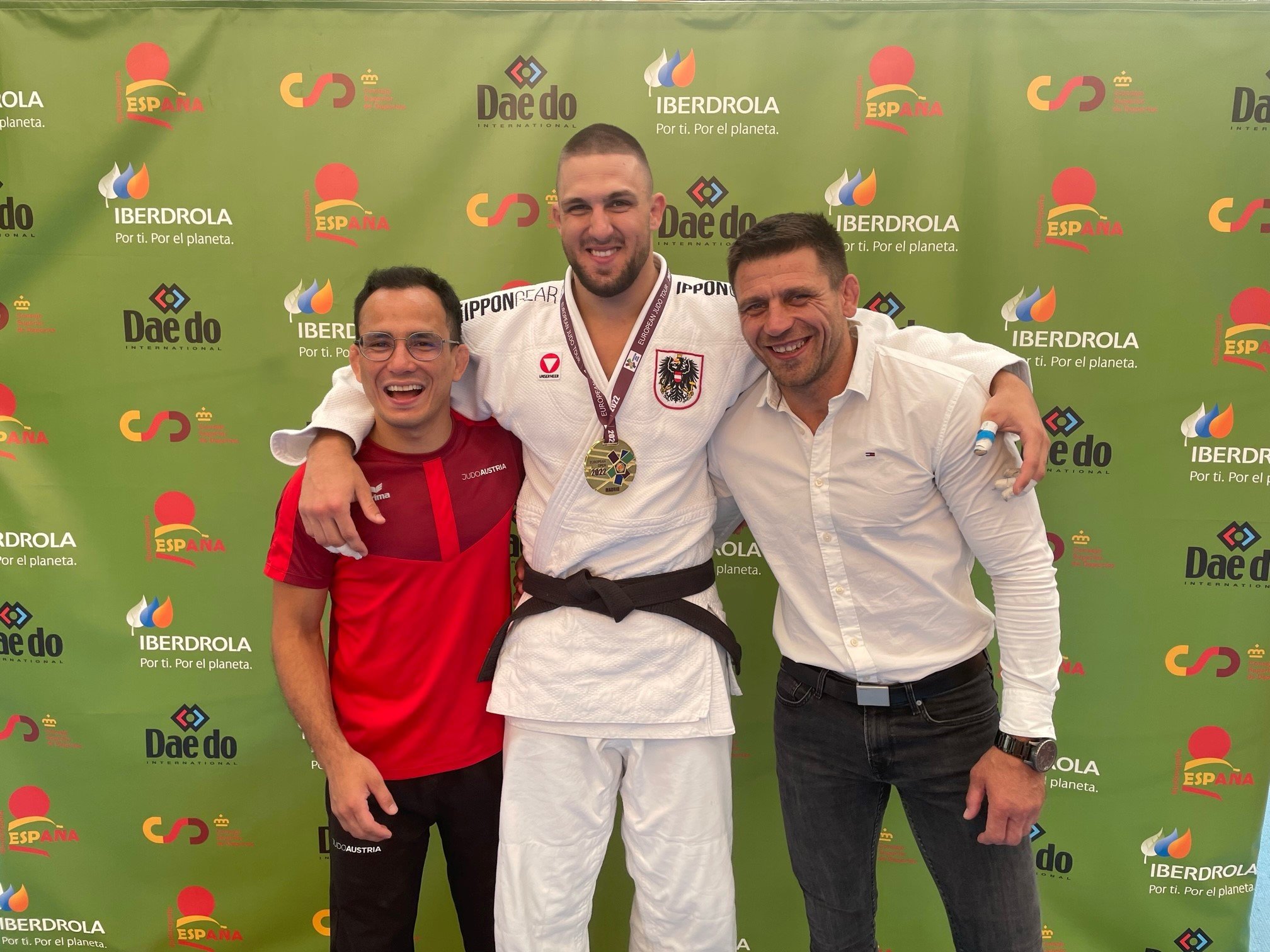 No podium place since 2018, no top-7-resultat for more than 3 years. The Tokyo campaign ended in frustration. Former European Junior champion (2016) and World Junior number one Aaron FARA (AUT) has gained the reputation of being world-class in training only, not at competitions. He used to be the entertainer of the Austrian national team for years. But at the EUROPEAN OPEN in Madrid (ESP), on Sunday, he eventually delivered, winning the -100 category in style. 5 fights, 5 Ippon wins and a netto fight duration of 5 minutes and 13 seconds alltogether.

“Of course I am relieved. It felt like an eternity for me. I always was great at randori training, but never showed it in competition. I blamed a lot of people for that. Eventually I started to blame myself. And I found top-motivated training partners like Aslan PAPOYAN, who won a bronze medal at the Junior European Cup in Graz last weekend. He is really hard working, pushing me forward every day. I reached my competition weight for Madrid on Thursday already. I am propaply fitter than ever. And I prepared myself for the tournament in an extremely serious way. We got two new coaches for Judo Austria, Robert KRAWCZYK and Felipe KITADAI, both former world class judoka, winning World Championship and Olympic medals. They analysed my opponents, prepared me for my fights”, explains the 24-year-old. In just nine days he will turn 25.

This time he tries to stay as modest as possible: “It’s an European Open, it’s not the IJF World Tour yet. I showed nice throws like harai-goshi and uchi-mata. In the final I won on the ground. But if I would say I have reached world class level yet, it would be a lie. I still have to improve, but I am ready to try. And of course I would like to make it to Paris 2024.”

Aaron Fara will talk to Austrian headcoach Yvonne BÖNISCH in the upcoming week about his next tournament nominations. “But I guess it will take more results like today to convince the coaches, that I am eventually not only a training champ anymore!”