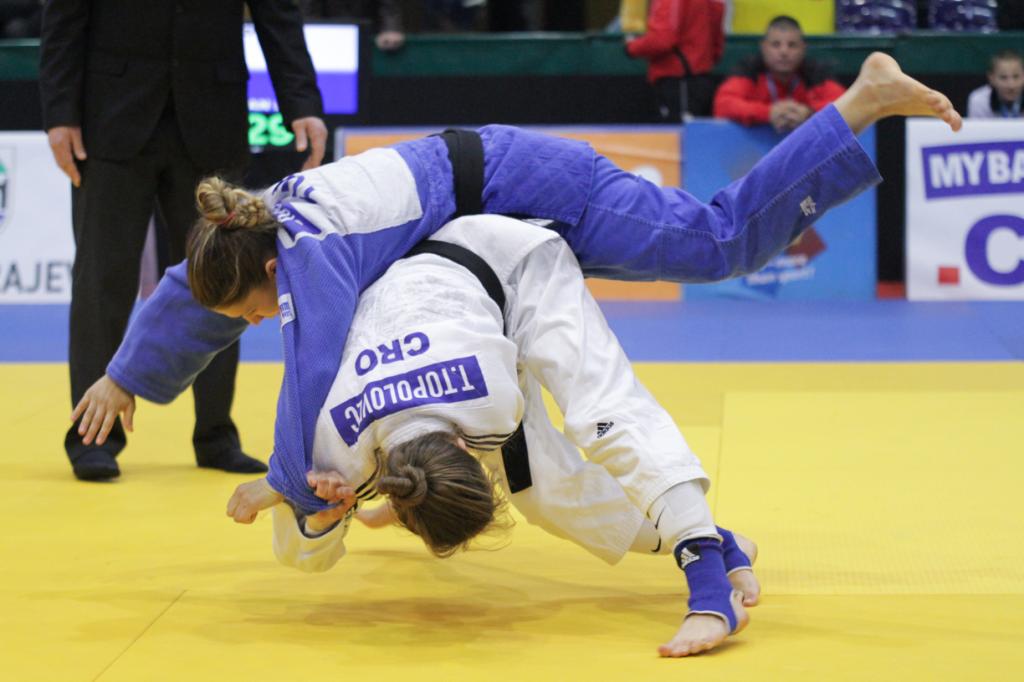 The most interesting victory today was by 17-year old Croatian Tihea Topolovec who was the youngest winner in Sarajevo. Current World Cadet silver medalist won gold medal in the category -52kg against Irem Korkmaz of Turkey.