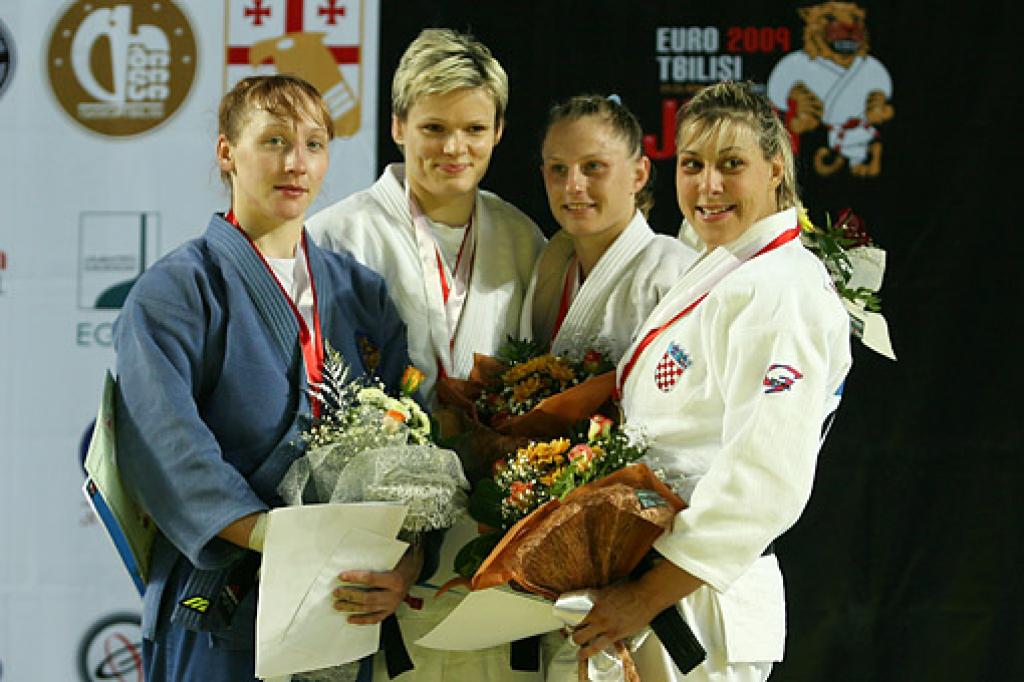 At Tuesday evening the draw took place in Rotterdam’s city hall. Very effectively and much faster than in the past the draw was as always extremely interesting for the attending coaches and media. The draw sheets delivered some interesting matches summarised below.

U60
As Olympic Champion Min-Ho CHOI (KOR) is not seeded he is in the same Group with the current world’s number one Ludwig Paischer (AUT).
Japanese representative Hiroaki Hiraoka (JPN) is likely to meet with the current World champion Ruben Houkes (NED).

U66
Olympic Champion Uchishiba (JPN) is separated of European Champion Ungvari (HUN), but will face Brazilian Leandro Cunha if he wins his first match.

U73
Belgian number one Dirk van Tichelt is in the same Group with Europe’s number two Dex Elmont (NED), and they will both be supported by a big bunch of fans.
Japan’s Otsuka (JPN) will have to fight triple European Champion Zaza Kedelashvili (GEO).

U81
Olympic Champion Ole Bischof (GER) is coupled in the same group with Masahiko Tomouchi (JPN). They can meet in the quarter final.
Guillaume Elmont (NED) is placed in the group of death with Axel Clerget (FRA) and Nacif Elias (BRA). If the World Champion of 2005 survives that he can finally team up with Siarhei Shundzikau (BLR) again. They both have a lot of respect for eachother after all matches they fought and all injuries they have both suffered.

U90
The talented Varlam Liparteliani (GEO) will meet a former compatriot, in 2004 Olympic Champion Ilias Iliadis who was also born in Georgia. The one who’s the best can look forward to a possible match against Takashi Ono (JPN).

U100
Home favourite Henk Grol (NED) is fit enough to start at the World Championships despite his knee injury. His first match will be Dimitri Peters (GER) which is a fitness test from the start.
His teammate at judo club Kenamju in Haarlem, Elco van der Geest today received his Belgian citizenship and is able to compete for Belgium. He is in great shape. After winning his first match, his second will be against 2004 World junior Champion Jevgenijs Borodavko (LAT). The 2002 European Champion is also in the same Group with the current European Champion Tagir Khaibulaev (RUS).
Not saying that Takamasa Anai (JPN), perhaps the biggest favourite, has an easy ride. His first match is against World and Olympic Champion Irakli Tsirekidze (GEO).

O100
The first view at the brackets sheet of the plus weight class shows Alexandr Mikhailine (RUS) versus Grim Vuijsters (NED). Who will take the lead in the head2head which is yet a 1-1 draw. The winner will face triple World championships finallist (2003-2007) Yasuyuki Muneta (JPN). Judo is a tough sport.
Olympic finallist Abdullo Tangriev (UZB) is matched to tough guy Janusz Wojnarowicz (POL). He already won an important silver medal in Rotterdam, at the 2005 European Championships.

U48
Olympic Champion wasn’t seeded and is in the same group with world junior champion Sara Menezes (BRA) and silver medalist of the European Championships Eva Csernoviczky (HUN). Menezes’ first match will be against Olympic bronze medalist Paula Pareto (ARG).
Triple World Championships medalist Frederique Jossinet (FRA) is matched to British Kimberley Renicks. Japan’s favourite Tomoko Fukumi may meet Michaela Baschin (GER) in the quarterfinal if they are successful in their first two matches. Their head2head is 1-1.

U57
The U57kg class is extremely heavy this edition. If Olympic Champion Quintavalle (ITA) wins her first match she will face European Champion Telma Monteiro (POR).
Kaori Matsumoto (JPN) and Sarah Clark (GBR) will fight each other for the first time.
African Champion Leila Latrous (ALG) is matched to Greek Ioulietta Boulouvala has won the Tournoi de Paris in February.

U63
This class is well divided in the bracket sheets. No extreme first matches, although it’s a tough category. The second part of the sheet however does contain Zolnir (SLO), Emane (FRA), Willeboordse (NED) and Schlesinger (ISR). An interesting battle who win reach the final. On the other side Ueno (JPN), Malzahn (GER), Koval (RUS) seemed to have an easier way to the final in a field of 30 judoka.

U70
Lucie Decosse (FRA) should be able to Anna Vikingsdottir (ICE) to be warmed up for Anett Meszaros (HUN). Home favourite Edith Bosch (NED) will face Purevjargal Lkhamdegd (MGL). They are both bronze medalists of their continental championships.

U78
What a first match in the U78kg category when Celine Lebrun (FRA) will fight Sae Nakazawa (JPN)! It’s definitely the cracker draw of the women’s category. Verkerk’s (NED) first match in the same group is against Asian Champion Gyeong-Mi Jeong (KOR). That is what we call a group of death.
Tsimashenka (BLR) vs. Ramirez (POR) is 2-0. Favourite Tsimashenka’s next opponent will be Kaliema Antomarchi (CUB)
The second bracket seemed to be a lot easier for favourites like Wollert (GER) and Pryshchepa (UKR).

O78
Olympic Champion Wen Tong (CHN) and Olympic runner up Maki Tsukada (JPN) in one group is a scenario you don’t want to miss. Be seated fast because Tong is likely to face tea veteran Tea Donguzashvili (RUS) first. Tsukada will fight Kim Na-Young (KOR) in her first match.