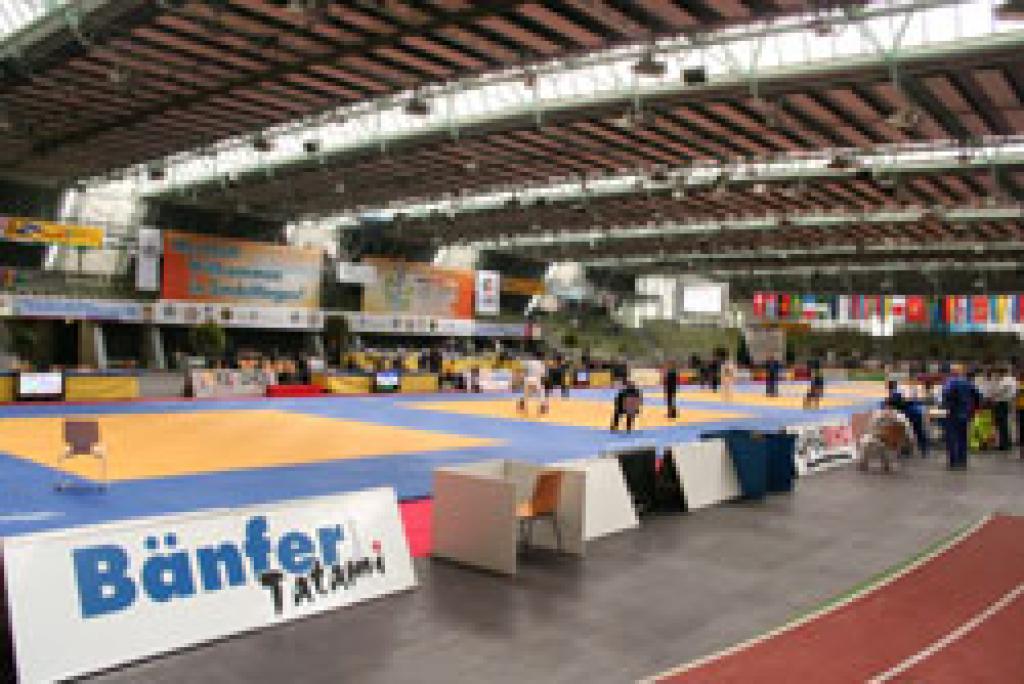 Almost 900 athletes from 42 countries are competing in the IJF World Championships for Veterans. The list includes men as old as 79 years of age and women of 72 years of age.

The spirit of these championships was immediately noticeable with an underlying feeling of friendship unique to those in this senior age bracket. More often than not contests began and ended not only with the customary bow but also a warm handshake. There was also the feeling that many of those taking part would leave with unforgettable photographs destined for pride of place in their family albums irrespective of whether they had won or lost. This was truly a case of participation being more important than the winning.

For Georg Johannes Reinartz (at 78 one of the oldest competitors) his dream of competing at a World Championships was realized despite his having only been able to train in newaza. Taking great care of his artificial hip he has never suffered a serious injury in judo and his silver medal was reward for years of dedication to the sport.

The medical staff were delighted with the condition of those participating on the first day and these were the oldest. Oddly enough it was the younger group between 40-55 who required reminding that their bodies needed to be warmed up before competing.

In short, these World championships were a great indicator of things to come and it is hoped that future events will maintain the standards achieved here.

Andrei Bondor, Commissioner for Veterans, has little doubt that there will be a steady stream of those interested in competing in such competitions. After all, as Bondor points out “not all judoka can be champions but every judoka will one day be a veteran!”